What happened to America’s Christian values? What would Fr Flanagan say?

Many people were made angry by any efforts to help the less fortunate... these same folks love bragging about how Christian they are." 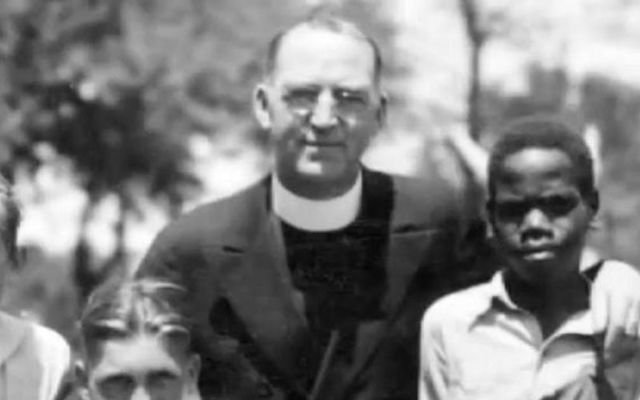 On a recent episode of her new Hulu TV series I Love You, America, comedian Sarah Silverman sat down with a family of Donald Trump supporters in Louisiana.  The point was not to mock anyone, but instead to get people from opposite sides of the political aisle at least talking -- and laughing.

One of the more interesting moments in the show came as the family was criticizing former President Barack Obama for giving away too much stuff to folks they seemed to think were undeserving.  Of course, it turned out several members of this very family were able to get access to health care thanks to Obama’s Affordable Care Act.

For a long time it was kind of sad that many people were made angry by any efforts to help the less fortunate.  These same folks love bragging about how Christian they are, yet they’ve never come across an act of Christian charity that doesn’t make their blood boil.

What do you think about Sarah Silverman's new Hulu show, "I Love You America"? Thumbs up? or Thumbs down ? pic.twitter.com/EfkKWi56hH

But have we really gotten to the point where people have no interest in helping themselves?  Or members of their own family?

One imagines if Trump, tomorrow, floated the idea of ending the concept of public schooling, 40 percent of Americans would shake their heads in agreement.

So, we have reached a point in our nation’s history where it seems an open question if we actually owe each other anything, as Americans.  If we should even bother supporting each other, investing in each other.

Self-proclaimed patriots are enraged at disrespect shown to American symbols, yet have nothing but contempt for, you know, actual American people.

What an interesting time, then, to celebrate an important milestone in Irish American history.  Next month marks the 100th anniversary of the founding of Boys Town in Omaha, Nebraska.  Boys Town was founded by Co. Roscommon native Edward Joseph Flanagan, a priest who came to the U.S. in 1904.

There was lots of poverty and suffering in early 20th century America.  Father Flanagan decided to do something about it.

Boys Town was initially founded, in December of 1917, to serve the basic needs of homeless boys.  But it eventually blossomed into one of the great social service experiments in American history, housing and educating boys, and teaching them job skills. Irish American Spencer Tracy earned an Academy Award portraying Father Flanagan in the 1938 film Boys Town.

Today, many folks would view Flanagan, at best, as a hopelessly romantic fool.  Possibly even worse are the folks who would applaud Flanagan because he proves the point that the government should stay out of the social services business and leave all of that stuff to private charities.

Given the tax breaks for the rich that the House of Representatives just passed, that seems to be the direction some folks want this country to go in.

All of which makes a person like Father Gregory Boyle all the more, well, radical.

Boyle was born into a large California Irish Catholic family, with roots in Antrim, and was ordained a Jesuit priest in 1984.  A few years later, he founded Homeboy Industries, which each year serves thousands of people who have become entangled in gang life.  Boyle has just released an inspiring new book about his work called Barking to the Choir: The Power of Radical Kinship.

“God says, 'As I have loved you...so must you have a special, preferential care for the widow, orphan, and stranger.' God identifies these folks because God thinks these are the people who know what it's like to have been cut off,” Boyle told me in an email exchange.

“We don't, however, go to the margins, to 'make a difference,' but so that the folks at the margins...make us different."

Perhaps someday such work will not be considered “radical.”  But whatever you call it -- as Father Flanagan well knew -- Father Boyle understands that it is work that needs to be done.