John McCain’s no vote on the Obamacare “skinny repeal” wouldn’t have meant much without Susan Collins and Lisa Murkowski. 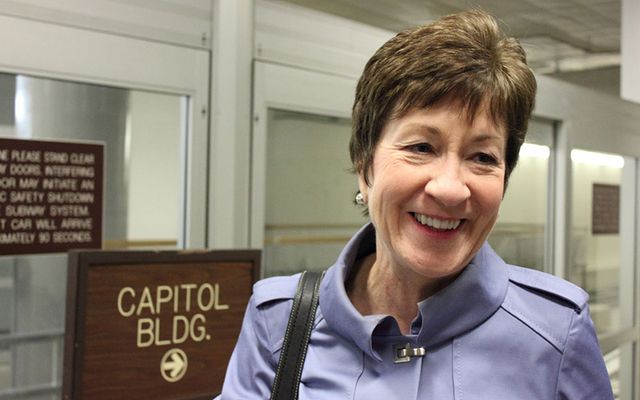 The spotlight today is, deservedly, on Senator John McCain and his maverick “No” vote, which closed the door firmly on the so-called “skinny repeal” of the Affordable Care Act, which would have left at least 16 million Americans vulnerable and uninsured.

But it’s worth keeping in mind that McCain’s “No” vote would not have been such a decisive moment had it not been for the earlier and much longer-running dissent of his Republican Senate colleagues Susan Collins (R-Maine) and Lisa Murkowski (R-Alaska).

Both senators have been against the plan to repeal the Affordable Care Act without a sufficient replacement from the start, citing concerns over the proposed cuts to Medicaid, increases in premiums for older citizens, the stripping of protections for those with pre-existing conditions, and the impact on rural hospitals.

We must work in a bipartisan way to fix the ACA’s serious flaws. 3/3

Collins, 64, has represented Maine in the Senate since 1997, and will be up for re-election in 2020, though she has expressed interest in running again for Governor of Maine. An  Irish Catholic, she is considered a centrist and bipartisan member of the Republican Party, described in Time as one of “the last survivors of a once common species of moderate Northeastern Republican.”

According to a profile in IrishCentral’s sister publication Irish America magazine, which has honored Senator Collins as one of its Top 50 Power Women, Collins is Fourth-generation Irish American on both parents’ sides and was raised in Aroostook County, Maine (the “Potato Capital of America”), where her family has operated a lumber business since 1844.

Her first job was picking potatoes as a teenager, she says, and she appreciated the connection to Ireland the work held for her. “I am fortunate to have grown up amid the hard work, determination, innovation, and common sense that define this great industry. To me, nothing says ‘home’ like the sight of potato blossoms stretching as far as the eye can see and the heritage they demonstrate,” she said.

Collins has applied the same determination and common sense to her treatment of the Affordable Care Act. She has been to-the-point in acknowledging the problems with the ACA. In an official statement issued yesterday, she noted that “too many Americans face skyrocketing premiums and unaffordable deductibles coupled with mandates that give them few, if any, choices. . . In addition, the ACA’s employer mandate discourages businesses from creating jobs or giving their workers more hours, while its tax credits and subsidies are designed so poorly as to cause 'wage lock' – where working harder to get ahead can instead make some Americans fall further behind.

“Despite President Obama’s campaign promise that his health care plan ‘would save the average family $2,500 on their premiums’ per year, the opposite has happened as premiums are increasing in nearly every state, with an average increase of 25 percent nationally last year. And today, despite the implementation of the ACA, 28 million Americans remain uninsured.”

However, she has been adamant that any replacement must be a bipartisan solution, and maintain the protections that the ACA put in place, including for people with “pre-existing conditions and prohibitions on annual and lifetime limits on insurance payments for needed care.”

"My hope is that we'll end up going back to committee and doing what we should have in the first place: which is having hearings, perhaps coming up with several smaller bills to address the very real problems created by the Affordable Care Act," Senator Collins told Reuters.

If the reception she received today at the airport in Bangor, Maine is any indication, her constituents are proud of her:

This is true: Susan Collins on our plane to Bangor, gets applause as she passes through Bangor airport waiting area. pic.twitter.com/a1s2QTpldd