The late Anne Kelly Silke alleges in "Untold Secrets" that she was abused by her foster father, TD Mark Killilea Sr., a founding member of Fianna Fáil, and his son. 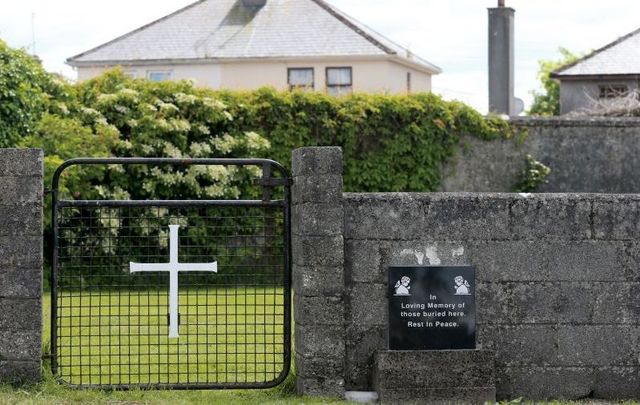 A memorial at the Tuam Mother and Baby Home in Co Galway where Anne Kelly Silke lived for a period. RollingNews.ie

Anne Kelly Silke, a survivor of the Mother and Baby convent home in Tuam where 978 children died and were mostly buried in a decommissioned sewage tank, has told how she was treated as a slave when fostered to the home of a founding member of Fianna Fáil.

Silke claimed in a documentary, Untold Secrets, screened last Sunday at the Galway Film Fleadh, that she suffered severe physical and sexual abuse while living in the home of her foster parent.

The documentary features testimony that the foster father was Mark Killilea Sr., a TD who was a father of six. He died in 1970.

It also features testimony that she was physically assaulted by his son Mark Killilea Jr. who was also a TD and later a Member of the European Parliament. She said she was sexually abused by another adult son, Jarlath Killilea, a former head of the Department of Tourism and Catering at Cork Institute of Technology. Both brothers are now dead.

Untold Secrets focuses on the life of Silke, who was subjected to abuse in the Tuam institution, where she was so hungry she ate moss off the walls, before she was fostered in 1958 by Mark Killilea Sr. and his wife.

Silke, a mother of eight who died earlier this year in Co. Leitrim, described to camera before her death how she was exploited for labor on the Killilea farm, made to milk cows morning and evening, brought home from school early to clean and polish the house, and never allowed to eat at the same table with the family.

She said she was beaten if she did not complete her work or if she defended herself.

Sean Kelly, Silke’s son, spoke over Zoom from New York to documentary director Teresa Lavina and named Jarlath Killilea as the man who sexually abused his mother and Mark Killilea Jr. as the man who had beaten her.

Kelly explained, “(Jarlath) would have assaulted her sexually, physically, he was the one Mum was very angry at too, obviously because she was young and didn’t know. She wasn’t even in her teens like.”

Mark Killilea Sr.’s grandson, Galway County Councilor Donagh Killilea, speaks in the documentary. Ahead of the broadcast, he told the Irish Examiner that the allegations made by Silke were “unverified” and “inaccurate.”

He also said, “We have nothing to hide. Everyone involved in this has passed away and I’m very sorry for Anne’s family.”

Silke gave testimony to the Commission of Investigation Into Mother and Baby Homes and saw the report released just before she died last February. She and many other survivors were furious about the contents of the report and felt their evidence was not heard or was misrepresented.

You can watch the trailer for Untold Secrets here:

*This column first appeared in the July 28 edition of the Irish Voice newspaper, sister publication to IrishCentral.