Philomena Lee is among the seven women survivors set to challenge Ireland's Mother and Baby Home report in hopes of setting a precedent for similar cases. 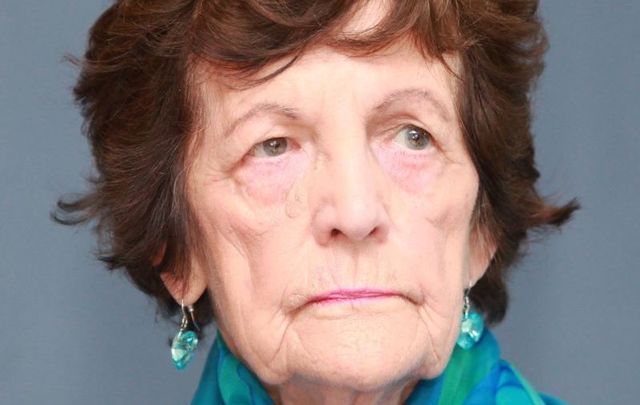 Philomena Lee, who was forced to give up her son for adoption in the U.S. by Irish nuns, is one of seven women legally challenging the final report of the Commission of Investigation into Mother and Baby Homes.

The Dublin High Court was told this week that retired nurse Philomena Lee, now aged 88, consented to the case being adjourned for two weeks. Lee’s son, born in 1952 and who lived with her in a convent until the age of three, became a chief legal counsel to the Republican National Committee in America.

The Irish court is attempting to find three test cases that would then set a precedent for similar cases. Lee’s is one of the proposed test cases.

Justice Garrett Simons, who adjourned the cases to July 27, said he was grateful to the sides for endeavoring to agree as much as they can.

The women are seeking judicial reviews of the final report of the Commission of Investigation into Mother and Baby Homes.

The women have claimed that their testimony was misrepresented in the report and have taken issue with the fact they were not given a right to reply before the report was published in January.

Some of the women cannot be named but an anonymity order was not sought in the case by Lee, living in England.

She was sent to the Sean Ross Abbey Mother and Baby Home in Roscrea, Co. Tipperary, when she became pregnant aged 18. When her son was aged three, he was sent for adoption by a U.S. couple.

Lee’s life was subject of a book, The Lost Child of Philomena Lee, by journalist Martin Sixsmith, and an Oscar-nominated film, Philomena, directed by Stephen Frears and starring Judi Dench.

The court was told in an affidavit from Lee’s solicitor that her evidence to the commission was that she was not given any time to consider a document which she was told to sign and which relinquished her rights to her son.

He died in 1995. Hess made three visits to Ireland to try to find his mother but was unsuccessful in persuading the nuns to divulge any information.

He requested that his ashes be buried at Roscrea in the hope that his mother would be able to find his grave. He never learned who his mother was.