Ireland’s shameful crimes against its youth

The stories from the industrial schools and the Magdalene Laundries and the Mother and Baby Homes bring a sense of deep shame to Irish people. 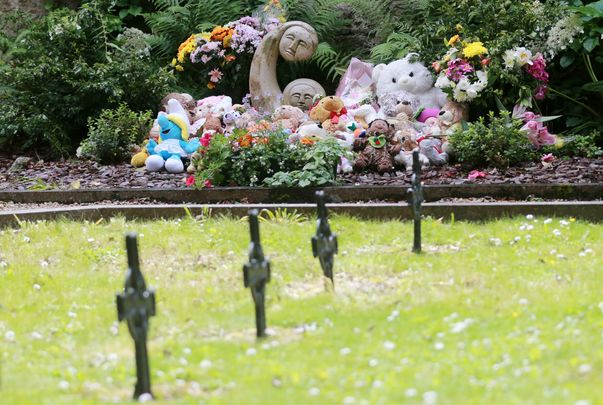 Children's teddy's and toys along with flowers sit at the 'Little Angels' memorial plot in the grounds of Bessborough House in Blackrock, Cork RollingNews

The recent official report on Mother and Baby Homes in Ireland was the third in a dismal trifecta dealing with the shocking abuse of young people in publicly funded institutions during the 60 years after the foundation of the Irish state in 1922.

The Ryan Report in 2009 laid out in disturbing detail how boys were maltreated in 60 industrial schools throughout Ireland. The physical and sexual abuse in all these schools, run mostly by Christian Brothers, was described by Ryan as systematic and endemic.  About 120,000 poor youngsters passed through these ignominious schools over the hundred years of their existence.

The Magdalene Laundries, sometimes called asylums, were founded in England in the 19th century to provide some help for “fallen women.”  They were continued in Ireland as part of the penal system in the new state after independence.  Prostitutes as well as women deemed troublesome or even sexually seductive were forced to work under harsh conditions for no pay in religious-run laundries.

A committee headed by Senator Martin McAleese, husband of the former president Mary McAleese, issued a report on these asylums in February 2013 which pointed out the failings of church and state in supporting and condoning the serious abuse of vulnerable young females in places where there wasn’t even a pretense of counseling or rehabilitation. Around 30,000 Irish women were confined in these institutions until the last one was closed in 1996.

After the publication of the McAleese Report, the taoiseach at that time, Enda Kenny, apologized profusely to those incarcerated in these institutions and announced a system of compensation for the victims.

Mother and Baby Homes, the subject of the recent report, got the approval of church and state in 1927. They were set up to deal with the growing problem of illegitimacy. Pregnant women were sent to these homes to give birth, and unless they could pay a substantial sum of £100 for their care while confined, they were forced to work for two years for a buyout of their debt. 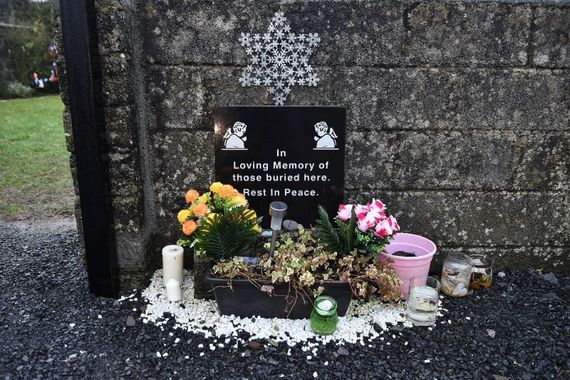 A memorial at the site of a mass grave at the Tuam Mother and Baby Home.

Many of the babies were adopted, with over 2,000 going to American families between 1950 and 1980. Shamefully, some of the 23,000 children born in these places were used for testing by universities and pharmaceutical companies.

While the Bethany Home in Dublin was under Protestant control, the overwhelming majority of the institutions were administered by orders of Catholic nuns.

The report asserts that the women were not compelled to go to a “home” to have their babies. In this telling, they knocked freely on the door of the institution because they were no longer welcome with their family where an out-of-wedlock birth was considered a disgrace.

The Mother and Child Homes document, which took over five years to compile, points the finger of blame in a few directions.

In the culture of the time, the father, considered the boss of the household in a patriarchal society, felt compelled to do his duty by barring his daughter from living with the family.  Considerations of familial love wilted when faced with the hostile reaction of neighbors, community and church.

In stating that the young woman was not forced to live in one of these homes, the authors of the report seem to have given little weight to the fact that nobody else wanted her; she was shunned like a pariah in her community. Where was she to go? 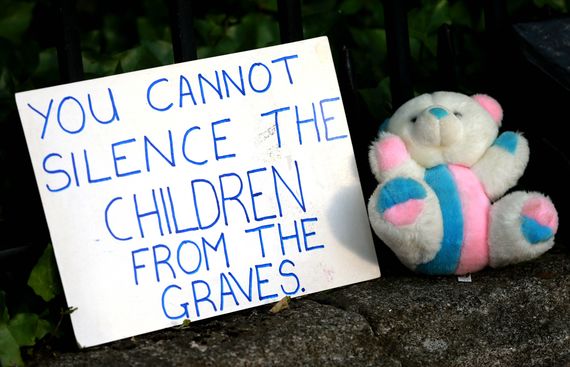 The writer Mary Rafferty, who did trojan work in removing the curtains that hid the real story of life in those places, points out that rape was not unusual in Ireland and the level of women’s knowledge of their own bodies was often rudimentary.

The Irish government certainly has to bear a big share of blame for funding these so-called homes without demanding humane standards. In abandoning the most vulnerable in Irish society they reneged completely on the governing philosophy that Pearse and Connolly set down clearly in the 1916 Proclamation: their new republic would cherish all the children of the nation equally.  Bitter words in the light of how successive Irish governments treated the most vulnerable children.

Nuns from various orders ran these Mother and Baby Homes. They were responsible for the lifestyle rules and programs designed for the girls.  All the inmates testify to the denigrating and punitive treatment they received as they worked, without pay, in silence, laundering and ironing clothes for some of the most prestigious companies in the country.

They were treated as nobodies who had to be dealt with firmly so that they would complete their tasks, accruing profits for the religious orders. They were joyless places full of resentful people, spirits were broken by powerful forces of God and man, bringing to mind Dante’s imagined words, written in dark letters, at the gates of hell “abandon every hope, all ye who enter in.”

How can we explain this corrupt behavior from sisters who chose to devote their lives working as helpers in a community?  They all had intense spiritual training in the practice of the Christian virtues during their mandated novitiate years.

The teaching in the New Testament is abundantly clear in Matthew 25: “Whatever you do to one of the least of my brethren you do to me.” Compassion is not an optional extra for Christians and certainly should not be for Catholic nuns.

In 2014 local Galway historian Catherine Corless published her research into the high child mortality rates at the Mother and Baby Home in the town of Tuam, near where she lives. Three years later, a government commission confirmed her findings -- almost 800 children in this institution run by the Bon Secours Sisters had died of malnutrition and neglect.

To add insult to injury these little starving children were mostly buried in an unmarked grave, located in a septic tank – an apt metaphor for a grim and corrupt system.

Following the publication of the recent report, Joe Duffy, a long-time, a popular talk radio host in Dublin, interviewed a woman named Mary Fitzgerald who spent years in the Bessborough Home in Co. Cork. About 800 babies or young children from this place were buried but the records of only 64 have been found. Bessborough was part of a beautiful estate and along with two other similar institutions in Castlepollard, Co. Westmeath and Roscrea in Co. Tipperary were operated by an order with the elaborate name of the Sisters of the Sacred Hearts of Jesus and Mary.

Mary Fitzgerald was dropped off with the nuns in Bessborough after she was forcibly impregnated at age 13.  Her parents wanted their daughter to remain with them through her ordeal but the nearby hospital refused, at the behest of a local priest, to accommodate her birth.

Her baby daughter was put up for adoption. That happened not in de Valera’s Ireland in the 1950s but in relatively recent times – 1977 to be exact.

Commenting to Duffy, Mary focused not only on her own powerlessness but also her family’s. The narrow-minded whims of the Catholic clergy were rarely opposed. In her perceptive words, “the power they had over people was mind-boggling.”