Should a United Ireland join CANZUK?

If Ireland were to become united, it would have the ability to join CANZUK. Whether or not Ireland would want to, however, remains a question. 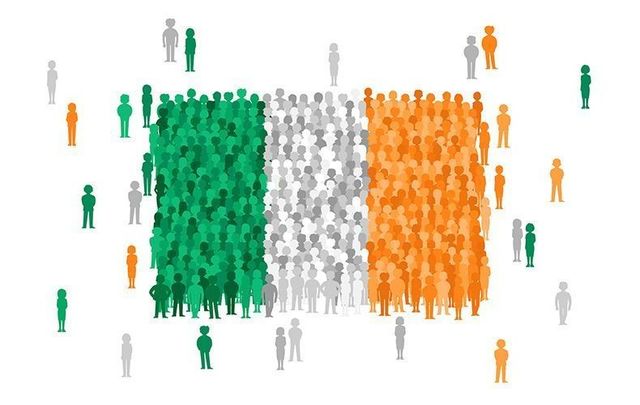 If Ireland becomes united, it could have the option to join the CANZUK bloc. Getty Images

If Ireland were to become united, it would have the ability to join CANZUK. Whether or not Ireland would want to, however, remains a question.

With Brexit having passed and the United Kingdom as divided as ever, Ireland looks as though it may finally unite. Unite as a whole, free and independent Ireland. Whilst Ireland is not part of the commonwealth, it could have another path: CANZUK.

Not many people are familiar with CANZUK, what it means, what it is, or even what it stands for. CANZUK is a political union between Canada, Australia, New Zealand, and the United Kingdom.

CANZUK is meant to be both a political and economic union and is also meant to provide a European Union-style immigration and border security system. CANZUK is also meant to be an easy trade link between the nations, much in the same way that the EU is for the Republic of Ireland today.

If Ireland were to become united, it would have the ability to join CANZUK, assuming Ireland would even want to, though it may not.

The other members of CANZUK are all members of the commonwealth and share much of the same culture, speak the same language, and even share a head of state.

Indeed, one of the main rallying points is the fact that they all share a head of state - Queen Elizabeth II, something that Ireland does not share, and something that we will probably never share again.

Gaelic culture is also very different from the stereotypical 'civilised' British-style colonial culture. Our food is different, our customs are different, even our religion is different. (As a general rule - unless you're from Northern Ireland.)

One of the defining features of CANZUK is also the common language that they all share. Something that is only partly true for Ireland. After all, places like Connemara are almost entirely Irish-speaking.

Many Irish people will point out that we don't really need CANZUK. Our major trading partners are the EU, the US, and China. The only country that we would probably trade with is the UK.

Despite its cultural, economical, and political ties to CANZUK countries, not even the US is a part of the union. Ireland should surely take after the US, where many of our long lost relatives currently reside.

Despite this, some in Ireland believe that Ireland - whether united or not - should join CANZUK.

Some believe that Ireland could benefit from strengthening ties with CANZUK members. Primarily, this would be getting a favorable import/export deal with the UK, which Ireland relies on heavily.

However, getting beneficial deals with countries like Canada, of which Irish trade does use a fair amount (although not to the point where they are a major trading partner) could be beneficial.

Many Irish people travel to places such as New Zealand and Australia each year on holiday. If a united Ireland were to join CANZUK, this would mean no queues at the airport for passport control (or at least less queuing), nor would there be any unnecessary paperwork for visas, etc.

Irish people also like CANZUK because it allows us to get into a second 'major' bloc. Yes, we are currently a happy member of the EU (unlike our British counterparts, that is) but that doesn't mean it can't change.

Currently, the world is wrapped up in the coronavirus outbreak. The EU has fined several countries (most notably Italy) over their inability to contain Covid-19. Naturally, this has caused much tension, and many calling for a Brexit-style vote.

If this were to happen, it could cause the EU to collapse, leaving Ireland in the dust. (I personally don't believe these votes will happen, merely angry people shouting in the heat of the moment, although history is more than welcome to prove me wrong.)

As such, being a member of CANZUK might lead Ireland to become stronger at the end of it. However, this is highly unlikely.

Read More: Northern Ireland does not support a United Ireland, according to new poll

Should a United Ireland join CANZUK?

That is a good question. Inevitably, there will be a lot of strong opinions. Some will argue profusely that Ireland shouldn't join CANZUK, where others would strongly argue the opposite.

However, in my (personal) view, Ireland, whether united or not, should not try to join CANZUK. Ireland and CANZUK are just not a good match!

Ireland has grown much since its colonial days. Our language, once ravaged by British rule, is finally starting to take root again. We do not have Queen Elizabeth II as our sovereign. Nor do we have much of the British colonial-style culture.

And these are all things that separate CANZUK nations from other former colonies, Ireland, India and the United States included.

If Ireland were to be allowed to join CANZUK, it would likely jeopardise our relationship with the EU. Ireland would see it as trying to ensure our survival, the EU would take it as Ireland trying to distance itself from them and become friendly with our past enemy.

Plus, besides the trade with the UK, Ireland trades almost nothing with the other CANZUK countries. The only one that even comes near is Canada, and that's not even that much trade.

Do you think a United Ireland should join CANZUK? Share in the comments, below.