A poll conducted by YouGov in Great Britain last month found that a majority of people, 54 percent, said they wouldn't be bothered either way if Northern Ireland left the United Kingdom. 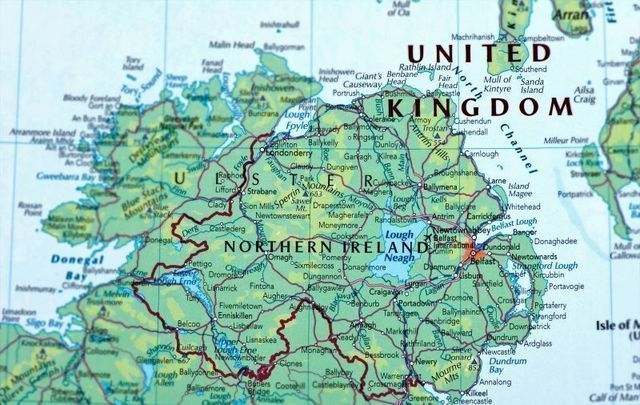 The percentage of people who say they are not bothered whether or not Northern Ireland remains in the UK has grown by more than 10 percent since October 2019.

A majority of people, 54 percent, surveyed in Great Britain last month said they wouldn't be bothered either way if Northern Ireland left the United Kingdom.

The recent YouGov survey, which spoke with 1,743 adults in Great Britain between March 10 and March 11, found that respondents “increasingly don’t care” whether or not Northern Ireland remains in the United Kingdom.

When asked how they would feel if Northern Ireland left the United Kingdom, 54 percent said they would not be bothered either way, an increase from 41 percent who were asked the same question in an October 2019 survey.

56 percent of respondents said it was unlikely that Irish reunification would happen within the next five years, while 14 percent said it is likely and 30 percent said they don't know.

The issue of Irish reunification has reignited ever since the United Kingdom voted to leave the European Union in 2016. While the UK voted, narrowly, as a whole to leave, Northern Ireland voted to remain in the EU. Throughout the subsequent Brexit negotiations, the issue of the border between Northern Ireland, and the Republic of Ireland, was a point of contention.

Reunification was also a main tenet of the manifesto of the Irish political party Sinn Féin, who went on to enjoy historic success in Ireland’s General Election 2020, which was held in February.

You can view the full results from the recent YouGov poll here.