"Despite the reasonable facade, Donaldson is as hardline as ever. Don’t be fooled by the happy talk and optics." 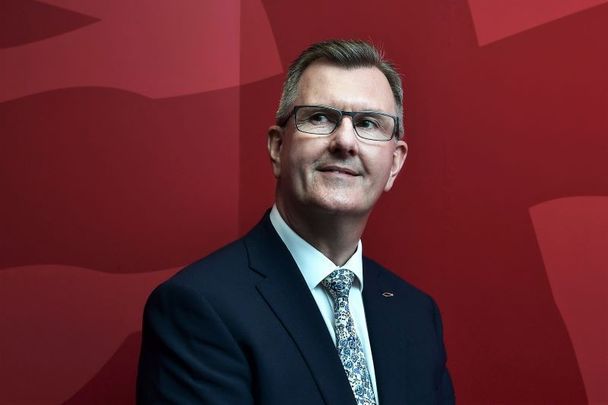 The Democratic Unionist Party leader's may put across a facade of a moderate but look at his history and scratch the surface and what you find is business as usual.

Sir Jeffrey Donaldson, the recently elected leader of the Democratic Unionist Party (DUP), is many people’s idea of a more moderate unionist leader, one that the Irish and British governments could do business with.

Certainly, on the surface, Donaldson would appear to be so. Articulate and at ease in political discussions, he lacks the discomfort and inward-looking image most unionist leaders carry as inevitable baggage.

Donaldson gave a lengthy and reassuring interview to The Irish Times last Saturday, and certainly conveyed the impression of being that rare bird, a unionist ready to talk about the future in a more inclusive way.

He made much of his feeling of being both Irish and British, waxed lyrical about the Irish rugby team, and made it seem that he is ready to find a solution to the Brexit Protocol dilemma that has resulted in a major political crisis.

But, alas, appearances can be deceiving.  Donaldson was the darling of the governments when as a younger man.

He represented himself as a liberal voice of unionism. He was one of the few unionists, for instance, who engaged with Irish America for a time.

But when it came down to it, at that critical moment when Ulster Unionist Party leader David Trimble took the enormous step of agreeing to sign the Good Friday Agreement, Jeffrey, the liberal one and devoted deputy, knifed him in the back and refused to accept the pact.

That was certainly a fraught moment as Donaldson had been strongly considered in the more liberal camp, but instead, he bottled it.  What happened subsequently was that Donaldson left Trimble’s Ulster Unionists and joined with Ian Paisley’s DUP instead.

It would have been as if Kamala Harris announced she was a Republican – that’s how unexpected the move was.

What followed for Donaldson before he joined the DUP was a long spell in the wilderness.  Time and again he tried to defeat Trimble in an inter-party vote but every time he failed. Now he has finally broken through and established himself, at the age of 58, as the undisputed leader of the DUP.

But it may be an empty victory.  A recent poll showed the party at just 13 percent in the North as voters decided the continuous internal party disputes, while the Stormont devolved government was struggling to survive, was just not good enough.

Now Donaldson has made yet another rightward leap with an op-ed in The Irish Times with Jim Allister, a hard right-winger.  The piece takes a very tough line on the Brexit Protocol and seeks to abolish it.

Allister has said that if Sinn Fein wins a majority of the vote in the next election and nominates a first minister unionists should refuse to name a deputy first minister -- democracy be damned.

But the most devious part is the statement about loyalist violence against the Protocol which occurred earlier this year.  The joint op-ed describes in detail what a dangerous interlude it was and how it must be tamped down at all costs.

Of course the subliminal message is that violence may well come back if the Protocol is not done away with.

It is the same old orange card that has been tossed out every time there is even the hint of threat to the state the unionists dominated for 100 years. But they are fast becoming yesterday's men as the nationalist demographic creeps ever closer to a majority in Northern Ireland.

Despite the reasonable facade, Donaldson is as hardline as ever. Don’t be fooled by the happy talk and optics.