Tuam: Women were just “ignorant creatures full of nothing but sin and misery”

If you need to know how Tuam babies cases happened look no further than the attitude of the Irish church to women in the 20th century. 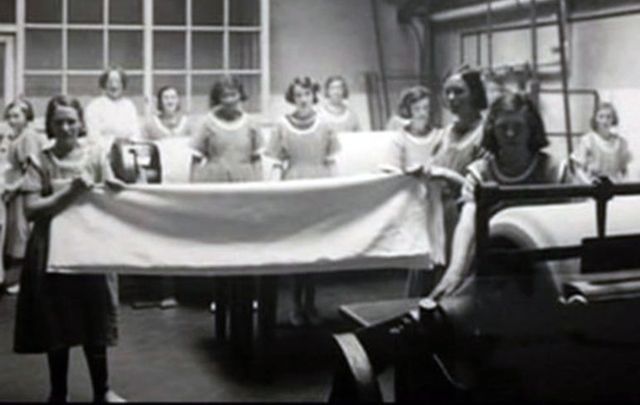 Inside a Magdelene Laundry. Irish women at the time were told to pray: "Tell him I am a poor ignorant creature, full of nothing but sin and misery."

If you need to know how Tuam babies cases happened look no further than the attitude of the Irish church to women in the 20th century.

It is fair to say the attitude was there among Protestant clergy too, given there were similar horrific deaths in the Protestant Bethany Home, where 222 babies and children died.

Women, especially poor or uneducated ones, were mere chattels of men, incapable of intelligent thought. Certainly, they should never be allowed to vote.

“Allowing women the right to vote in Ireland is incompatible with the Catholic ideal of domestic life. It would fare ill with the passive, patience, meekness, forbearance and self-repression looked upon by the church as the special privilege of the female soul.”

No mistaking the mission there – Women be vassals for men, lie down and take what’s coming.

In 1957 a Catholic pamphlet ordered that:

“Catholic women, PRIVILEGED to be passive, patient, meek, restrained, tolerant and self-repressed, were to say this prayer daily,

“Have pity on me, O Blessed Virgin. Talk to God for me. Tell him I am a poor ignorant creature, full of nothing but sin and misery. I know the closer I come to Thy Son the nearer I must come to Calvary. I now accept, most willingly and lovingly, whatever trials, crosses, temptations, humiliations, afflictions and death that it may please Thee to send me. Do with me whatever Thou whilst, only grant me the grace of perfect resignation. Amen.”

Women at work in a Magdalene Laundry.

I have copied this out from ‘Prayer Book for Women’, published in 1957.

This was the Ireland our grandmothers, mothers and many of us were born into.

I do not intend to be anti-God nor anti-man in this article. Instead I want to consider why the all-male clergy of the time took this position on women.

When the British left Ireland – the clergy, as well as politicians, took over as rulers. I say this because we know that they had a huge input into the drawing up of our first constitution.

What they wanted was a country where marriage would be the bedrock of society. In each home the man would go out to work. His wife would stay at home, minding the children. Men and women would be very content in their roles and all would live happily ever after. That was the grand plan. 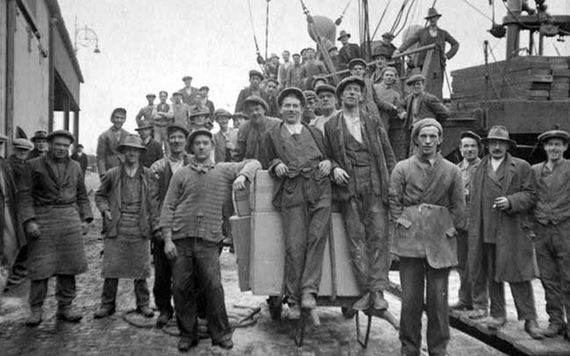 To be sure that women were content to stay at home the clergy decided that females must be kept meek and mild.

For this ‘ideal life’ to be led by all – everybody must conform. Laws were passed forbidding women to work after marriage. There was no place for a person who chose to live life differently. For a woman who didn’t marry the only socially acceptable occupation for her was to become a nun. Otherwise she was a ‘poor spinster,’ pitied by all.

Sex was never spoken about. A child born out of wedlock was not tolerated, as we well know.

And, as back up, they had a mighty deterrent – FEAR OF HELL. This had ferocious power over us all.

No sex outside marriage was the order. Then, once married, there was no limit to it! A good wife ‘must do her duty’ and accept willingly all the children God ‘blessed’ her with. Everything that happened to her was ‘God’s Will.’

Expectations were low. Times were tough. Women had no choice in how they led their lives, once they got married. Many women bore many babies. Their strong faith kept them going. Some marriages were happy. For young children, reared in a home where the mother was content with her lot, it was indeed the ideal situation. They grew up secure and happy. Many others marriages were awful. A woman who put up with a drunken, cruel husband was declared to be ‘a pure saint.’ Her reward would be in Heaven.

The clergy overlooked one thing. The laws of the church and land did indeed curtail women’s lives greatly. Rules banned them from working outside the home and denied them the right to use contraceptives.

However, no law could ‘make’ women meek and mild.

When I was young in the Ireland of the 1950s, the women in my life did not consider themselves to be ‘poor ignorant creatures, mourning and weeping in this valley of tears.’’ Instead, they were strong, capable, confident women. Many of them could have run the country successfully (and The Vatican!).

As they turned collars on shirts and darned socks – did they consider how their lives might have been different? As they made big pots of stews and rice pudding – were they happy in the knowledge that they had done the right thing in abiding by God’s laws? As they lay, in labor, with their 13th child – did they wonder was this really God’s will for them?

All has changed utterly since then, I am delighted to say. Ireland is a fine country for women now. I see my daughters in good jobs, earning their own money, with control over their lives and bodies. I see my gorgeous little granddaughters thriving. It’s a very different place than long ago.

Tuam brings us back to a very sad place and time when women were powerless and celibate men made life decisions for them. To err in sexual matters was the greatest sin.

It didn’t matter whether the woman got pregnant by rape, incest or perhaps even a priest. All was never forgiven. Tuam was designed to be hell on earth for mother and blameless baby and it was. For mothers the usual exit was direct to the Magdalene laundries. For many of the babies it was death.

A group called Road to Recovery protested the Tuam Babies scandal outside St. Patrick’s Cathedral in New York on Sunday.