Time to recognize all laborers during our coronavirus pandemic

The debate that arose in Ireland after the Keelings fiasco speaks to the larger labor issue. 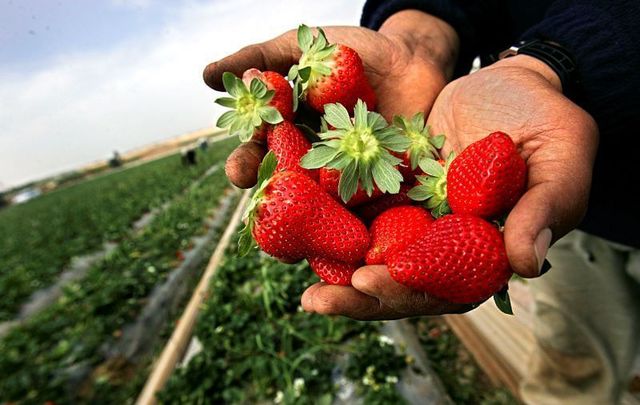 Keelings, based in Dublin, came under fire last week after it reportedly flew in foreign laborers. Getty Images

The debate that arose in Ireland after the Keelings fiasco speaks to the larger labor issue.

An interesting debate landed on Irish shores last week courtesy of a fresh fruit company in Dublin that recruited nearly 200 workers from Bulgaria to pick the crops.

Keelings, famous for its delicious strawberries, raspberries, and much more, caught all kinds of flack from the Irish public and some politicians for bringing the workers to Ireland on a chartered flight despite strict restraints on movement in the country to combat the spread of COVID-19.

Certainly, the outrage was understandable on the surface. Ireland is on lockdown just like much of the rest of the world, doing its utmost to survive the coronavirus crisis and get to whatever the new normal is going to look like. Importing foreign workers when so much of the country is on the unemployment line seemed like a ridiculous move totally out of sync with present-day realities and potential risks to public health.

But Keelings and many other farms in Ireland have for years relied upon seasonal foreign laborers to pick the crops and prepare them for Irish grocery shelves. Irish natives simply haven’t been interested in such manual labor, but presumably, they love to eat their home-grown fruits.

Keelings says it advertised the positions but got only a handful of responses from the natives, hence the need to continue with the importation of workers from Bulgaria, many of whom travel to Ireland each year to work with the company. Protocols such as social distancing, temperature checks, and a mandatory 14-day quarantine upon arrival in Ireland have all been strictly adhered to, the company says.

The Irish government has classified seasonal farmworkers as being essential components of keeping the food chain intact, and rightfully so. Again, the public criticism after the Keelings workers arrived was understandable and the company should have done a much better job communicating its workplace needs.

But letting the crops rot in the ground would have been disastrous and resulted in the sidelining of yet another Irish company that employs thousands. The fresh summer fruit wouldn’t have been harvested in Irish soil, and the cost of importation would, of course, be passed on to the consumer, many of whom are now unemployed.

Read More: President Trump announces pause on immigration into US amidst coronavirus

We’ve had our own issues here with filling jobs that Americans simply aren’t interested in. Will the shocking spike in jobless claims since the COVID-19 outbreak suddenly drive Americans to work in the fields, or mow lawns, or clean houses? Not likely.

Truth be told, those vital jobs and many more are filled by undocumented workers. President Trump and his supporters can rant and rave all they want about border walls and America First, but the grape picker from Mexico, the busboy from Honduras, the chambermaid from Guyana, the restroom cleaner from the Dominican Republic, and many, many more, have played a critical role in keeping our economy vibrant.

They’ll be part of our slow but certain rising too. Those who deny that are living in cloud cuckoo land.

The stimulus packages enacted by Congress to date – already out of money – did not make provisions for the undocumented who suddenly find themselves out of work. The American taxpayer absolutely should be at the front of the line for such funds, but many undocumented workers pay taxes too, and they certainly contribute to their local economies.

So until such time that Americans decide to forego higher education for careers in manual labor, let’s recognize the contributions of the undocumented and acknowledge that they are also suffering during this life-altering pandemic.

California Governor Gavin Newsom announced last week that undocumented workers in his state would be entitled to $500 each under a state Disaster Relief Fund. It’s not much but it’s something, and we applaud the governor for looking at the shadows and seeing real, hardworking people.

There are many community-based initiatives to help the undocumented and others badly hit by the corona crisis. New York’s Irish community, always ready to step forward when needed, just launched Sláinte 2020, a relief fund for those needing assistance with life’s basics that most of us took for granted just a few weeks ago.  Visit the group's website to see how you can help.