President Trump announces pause on immigration into US amidst coronavirus

President Trump is set to sign an executive order which will pause immigration into the US, with exceptions, for 60 days. 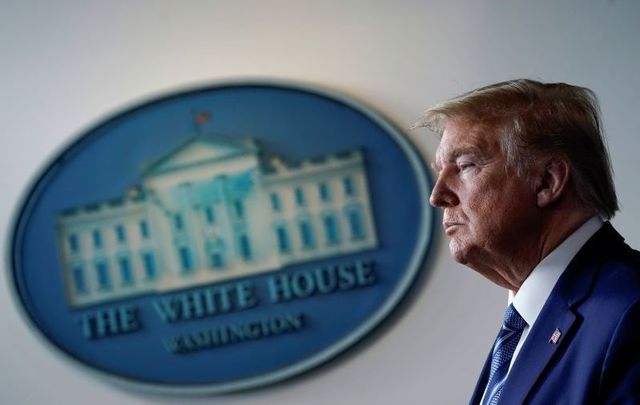 President Trump is set to sign an executive order "pausing" immigration into the US, with exceptions, for 60 days. Getty Images

President Trump said he will be signing an executive order on Wednesday that will put a pause on immigration into the US for 60 days with some exceptions.

President Trump is set to sign an executive order that will pause immigration into the United States for 60 days with some exceptions in a bid to help Americans facing unemployment and layoffs amidst the coronavirus pandemic back to work.

President Trump announced the executive order in a tweet just after 10 pm on Monday, April 20:

In light of the attack from the Invisible Enemy, as well as the need to protect the jobs of our GREAT American Citizens, I will be signing an Executive Order to temporarily suspend immigration into the United States!

Read More: J1 visa holders should return to Ireland, urges Ambassador to US

No further details about the temporary suspension were provided until a press briefing on Tuesday evening.

During the briefing, President Trump said: “The noble fight against the invisible enemy has inflicted a steep toll on the American workforce. As we all know, millions of Americans sacrificed their jobs in order to battle the virus and save the lives of our fellow citizens.

“We have a solemn duty to ensure these unemployed Americans regain their jobs and their livelihoods. Therefore, in order to protect American workers, I will be issuing a temporary suspension of immigration into the United States, you heard about that last night.

“This pause will be in effect for 60 days, after which, the need for any extension or modification will be evaluated by myself and a group of people based on economic conditions at the time.

“This order will only apply to individuals seeking a permanent residency. In other words, those receiving green cards - big factor - will not apply to those entering on a temporary basis.

“This pause on new immigration will also help to conserve vital medical resources for American citizens. A short break from new immigration, depending on the time we’re talking about, will protect the solvency of our healthcare system and provide relief to jobless Americans.”

NEXT: Today's press briefing with the Coronavirus Task Force.

During a question and answer session at the press briefing, Trump said the executive order is “being written now as we speak” and that he will sign it “probably tomorrow [Wednesday] some time.”

When asked whether or not the pause on immigration “tracks” with Trump’s desire to reopen the country, he said: “Well I think it really does, I think it’s very strong obviously. It’s country-wide as opposed to specifically, like China, or some of the other ones that I’ve shut down.

When asked about people who may be worried about bringing immediate family members into the US, Trump said: “I think it’s been covered pretty accurately in this case. I think most people know what it is. Some people will be able to get in, we have to do that, obviously, even from a humane standpoint, there will be some people coming in. It’s a strong order, it’s a strong order, it involves a big circle, as you know.”

Regarding what conditions Trump would consider lifting the pause, the President said: “I think right now, obviously there’s never been, we’re the greatest economy in the world and then one day we had to shut it down, they said ‘you have to shut it down.’ We did the right thing because I think we would have had a million or maybe even 2 million or maybe more than that deaths, so we did the right thing.

“But, certainly this would pertain. When you look at it right now, the last thing we want to do is take American workers’ jobs. It’s one thing when we were essentially, they used to call it full employment, and it’s another thing right now. Right now, we have people that have lost their jobs and we hope that they’re gonna come back and come back fast. Then we can have an even deeper discussion but right now we have to have jobs for Americans."

The AP notes: “While major new limits on immigration would normally affect millions of people, much of the immigration system has already ground to a halt because of the pandemic. Almost all visa processing by the State Department has been suspended for weeks. Travel to the U.S. has been restricted from much of the globe. And Trump has used the virus to effectively end asylum at U.S. borders, including turning away children who arrive by themselves and putting a hold on refugee resettlement — something Congress, the courts and international law hadn’t previously allowed.”

As of Tuesday evening, there were more than 824,000 confirmed cases of coronavirus in the US, more than any other country in the world, and more than 45,000 deaths. There have been more than 75,000 recoveries.