Lift on the Public Charge rule would make it easier for the United States to deny green cards to immigrants likely to rely on public assistance. 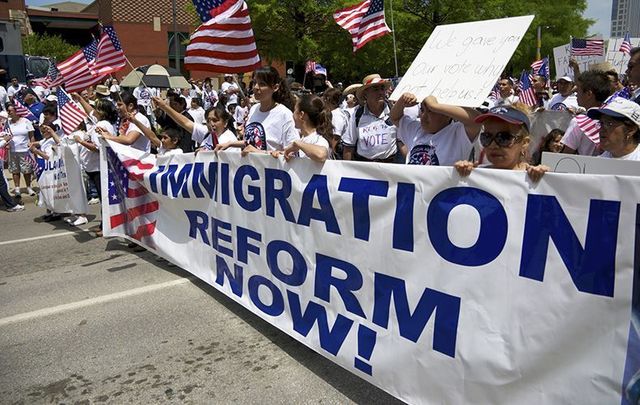 Immigrants and their supporters at a Washington DC march for immigration reform. iStock

New York Representative Alexandria Ocasio-Cortez slammed a Supreme Court decision to lift an injunction on the Trump Administration's  'Public Charge' rule, which would make it easier for the United States to deny green cards to immigrants likely to rely on public assistance.

The Public Charge rule was hit with an injunction by New York judge George Daniels in October 2019 on the grounds that it was a "policy of exclusion."

However, in a 5-4 vote on Monday (Jan 27), the US Supreme Court cleared the way for the Trump Administration to make it more difficult for low-income immigrants to obtain a visa.

The law can now go into effect in all states, pending appeals, with the exception of Illinois, which is subject to a separate injunction.

The Supreme Court's five conservative judges carried the day, including Chief Justice John Roberts who is currently presiding over the Trump Impeachment trial in the Senate.

The rule would designate immigrants who are likely to depend on public benefits - even temporarily - as a "public charge." Immigrants who currently receive benefits such as housing assistance, food stamps, and healthcare are likely to have their green card applications rejected. 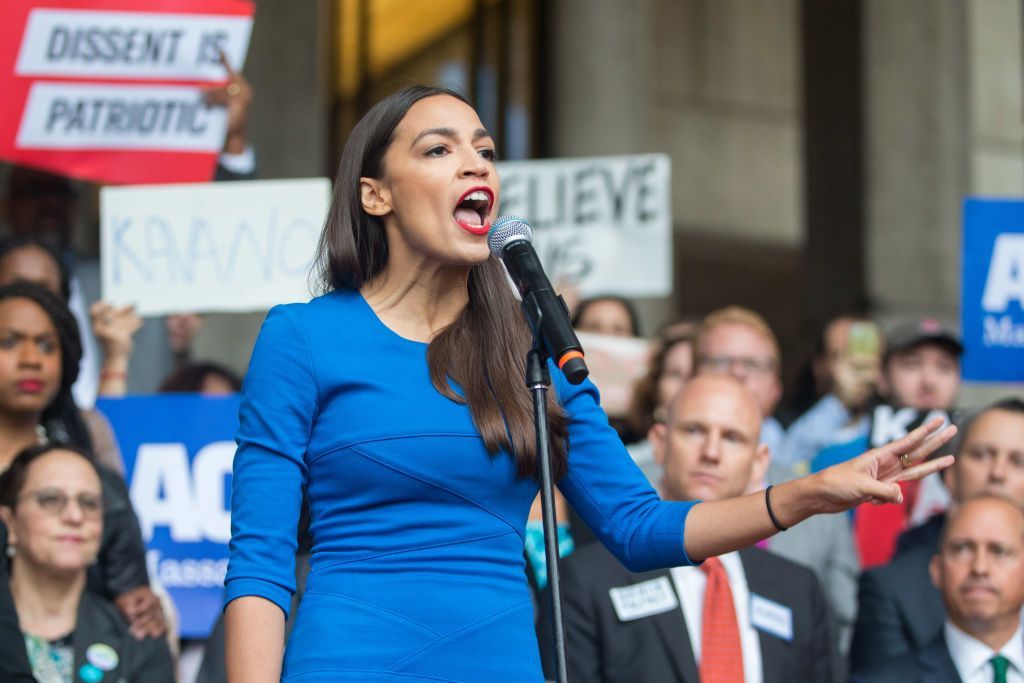 She blasted the ruling as "shameful" and said that it went against the very ethos of the American Dream.

"This is shameful," she tweeted. "America shouldn’t have a wealth test for admission. It’s a place where millions of people are descendants of immigrants who came w nothing & made a life.

"The American Dream isn’t a private club with a cover charge - it’s the possibility of remaking your future."

This is shameful. America shouldn’t have a wealth test for admission. It’s a place where millions of people are descendants of immigrants who came w nothing & made a life.

The American Dream isn’t a private club with a cover charge - it’s the possibility of remaking your future. https://t.co/qKm7BuUhXI

Current US immigration laws allow the government to prevent immigrants who are at risk of relying on public assistance from obtaining green cards, but Trump's "public charge" rule would expand the type of benefit considered public support.

Under current regulations, the term public charge is defined as someone who is "primarily dependent" on government assistance, meaning it supplies more than half their income.

However, the law only counted cash benefits such as Temporary Assistance for Needy Families or Supplemental Security Income from Social Security. The Trump Administration's proposed law would greatly expand the definition of public support.

Ken Cuccinelli, Acting head of US Citizenship and Immigration, announced the proposed law in August and endured widespread scrutiny.

He was quizzed at a press conference about Emma Lazarus’ famous sonnet on the Statue of Liberty, which reads: "Give me your tired, your poor, Your huddled masses yearning to breathe free."

He offered a frank rewording of the revered verse as a riposte.

“Give me your tired and your poor who can stand on their own two feet and who will not become a public charge,” Cuccinelli said at the press conference in August.

Cuccinelli said that the Supreme Court was "fed up" by judges who are trying to impose their policy preferences instead of enforcing the law.

What do you make of the new ruling? Do you think it's fair? Let us know in the comments section below.