The reality of the Irish border and Brexit

In his recent IrishCentral article, writer John Spain expends some six-hundred words parsing a seven-word statement of President-Elect Biden, "We do not want a guarded border." bri 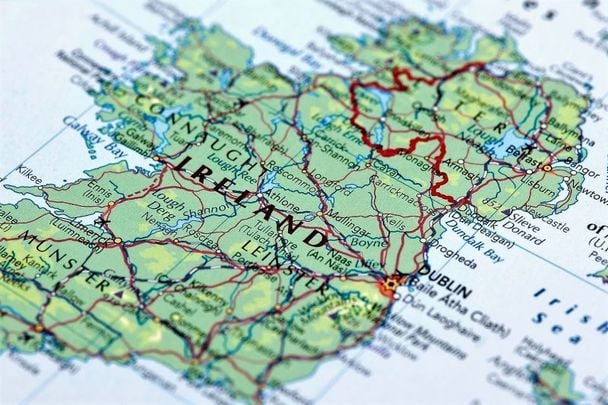 "After decades where the border was guarded in the most draconian fashion by razor wire, spiked roads, pillboxes, and the Royal Fusiliers, the border in Ireland has been for the past two decades unguarded." Getty

It is an incredible feat of sophistry to challenge statements made by the U.S. Senate and Congress that a Brexit inspired border in Ireland will be a showstopper for Britain's much-coveted U.S./U.K. trade deal.

Mr. Spain performs an excruciating linguistic analysis of the phrase "guarded border" reminiscent of a cook trying to hide a lousy cut of meat in an elaborate gravy.   The term is just not that complicated.

Mr. Spain's confusion  and need for detailed parsing of  the term "guarded" is inexplicable; it is defined in the Oxford Dictionary  as "to watch over to protect or control."

After decades where the border was guarded in the most draconian fashion by razor wire, spiked roads, pillboxes, and the Royal Fusiliers, the border in Ireland has been for the past two decades unguarded.  Some 30,000 people from both communities cross that border daily to go to work, school, or hospitals in the other community.

The removal of the physical border is directly correlated to the erosion of the psychological borders of distrust between communities, a necessary precursor for the "Shared Island" Mr. Spain goes on to advocate.  The vision of a "Shared Island" is incompatible with a physical border that is "protecting and controlling" a "mine" and "yours;" it is a non-sequitur.  In the pursuit of a "Shared Island," why should we accept the retrograde step of replacing a border currently existing only on maps with one "as frictionless as possible," whatever that amorphous phrase means?

The fundamental reality that Mr. Spain ignores is that while Britain is within its sovereign right to pursue Brexit, they have a moral and legal obligation to do so within the framework of commitments they have willingly made under international treaty. It is not up to Ireland, the E.U., or the U.S. to find "solutions" to enable Britain to escape those commitments to make Brexit work.  The difficulty of reconciling Brexit with the stability, peace, and prosperity that Northern Ireland has enjoyed since the signing of the Good Friday Agreement was well known going into the referendum, but Brexiters conspicuously chose to ignore it.

Anyone who raised a Good Friday  concern in the run-up to the Brexit vote was denounced as a "scaremonger." Many prominent Brexiters, including the current Foreign Secretary, admitted never having read the Good Friday Agreement.

The Brexit campaign was a classic example of "A great deal of intelligence can be invested in ignorance when the need for illusion is deep." It is not up to the rest of the world now to reward that investment in ignorance by sacrificing the peace of Northern Ireland on the altar of Brexit expediency.

Finally, the warnings that a U.S./U.K. trade deal will be off the table should anything threaten the Good Friday Agreement is not a "threat" as Mr. Spain characterizes it; it is just plain common sense.  Why would any country wish to enter into an agreement with a nation that believes that violating their legal commitments under a Withdrawal Agreement where the ink has barely dried  "in limited and specific ways" is acceptable?  Why would one want to enter into a new agreement with a nation that after two decades has failed to deliver substantive progress on its commitment under the Good Friday agreement, as exemplified by the recent decision not to pursue an inquiry in the Finucane case?

Why would anyone wish to enter into any deal with a government that has only provided additional justification for the sobriquet "Perfidious Albion"?