Tammany time for Joe Biden and the Democrats

Old Joe is a little bit like democracy itself. The absolute worst option available. Except for all of the other options available. 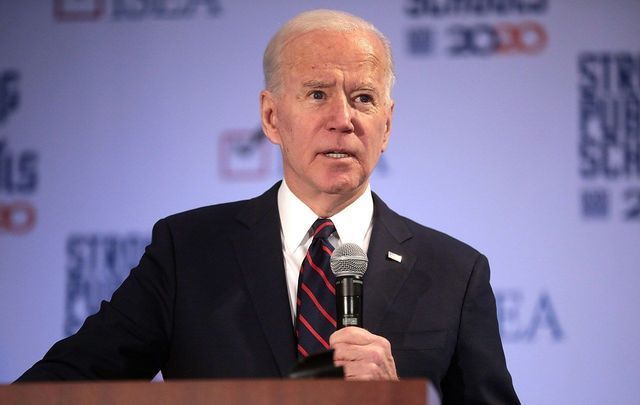 Old Joe is a little bit like democracy itself.  The absolute worst option available. Except for all of the other options available.

I must confess, I’m a little surprised that American voters resisted the urge to act like petulant toddlers, and just rant and rave and throw all the bums out at the midterm election booth. Because how dare you make them spend all that money to fill up the enormous gas tanks of their enormous Ford F-150s?

Which they obviously need to haul all those groceries from the supermarket to their home. This is on top of the milk and eggs at the supermarket that are costing a dollar or two more these days.

And yet, it seems much of the voting American public sort of accepted this explanation.

Which is all the more surprising because – again, God love the old fellow – but the president can very easily be seen as a symbol of all that’s not going well in the country. He is a little slow and a lot befuddled, and he trips over his words and his bicycle a bit too often.

And yet, while you can accuse Biden and the Dems of failing to fix everything, you can hardly accuse them of breaking things in the first place.

Right before the election, in what was clearly a last-minute, desperate swipe, a columnist at the New York Post took a weird shot at the president.

“You don’t have to agree with Washington Democrats to acknowledge they are putting on a clinic in how to use power to reward their friends and punish their enemies,” columnist Michael Goodwin wrote, under the headline “Biden Tammany Machine Revs Up.”

Goodwin continued, “From canceling student debt to freeing federal pot prisoners to restricting oil and gas production to getting arch-nemesis Steve Bannon locked up, they are ending their two-year run with a bang.”

And this is supposed to be an insult?

Is the Tammany Hall political machine comparison a play on Biden’s beloved Irish persona? If it is, it misses its mark terribly. The Post and so many other conservatives love to make it seem as if they’re battling the mighty elite – the exact pose old Irish Tammany pols loved to strike.

They gladly served the common folk – coal and turkeys in the winter, relief cash when times were hard – and the respectable classes would howl, which only proved that the machine was right all along.

This served the Irish well for a century.

So much so that the Fox News crowd tries to do the very same thing.  Except fear and rage have replaced coal and turkeys.

But on Election Day, voters counted up all the “relief” the Dems threw at them after Covid and offered this ringing endorsement: Things could be worse.

Mind you, Biden’s 21st-century Tammany plan is not without its flaws. It’s, um, very expensive.

I don’t have an economics degree, but flooding the economy with billions just might have contributed to inflation a tiny bit. And even if it’s a good thing to help struggling Americans, they can typically be counted on to show no appreciation whatsoever.

But the Dems had the luck of the Irish – this time, anyway.

Even Goodwin admitted, “Republicans should learn from the Dems’ ruthless use of power to advance their agenda.”

Yes, those gentle Republicans.  Who stonewalled Barack Obama’s Supreme Court nominee for months only to then approve Trump’s faster than you can say Roe v. Wade.

Which turned out to be a blessing for the Dems.  Will it last until 2024?

Was the real King Arthur Irish?