IrishCentral Contributor CJ Clancy takes a look at the inspiring life of Steven Callahan, who miraculously survived being lost at sea for 76 days. 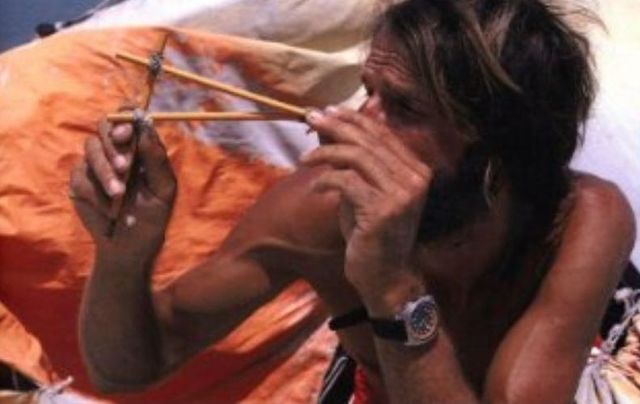 The story of Steven Callahan, who survived being lost at sea for 76 days in 1982, is one of the great survival stories ever recorded.

Callahan was born in Needham, Massachusetts on the 6th of February 1952. His father Frank was an architect which inspired him to draw from a young age.

Callahan first got a taste for sailing in the Boy Scouts. At 12, he was sailing out of sight of land. At 16, he was doing solo day trips. By adulthood, Callahan was doing coastal trips hundreds of miles long.

Callahan's childhood dream was to cross the Atlantic solo or double-handed.

In January 1981, 29-year-old Callahan set sail from Newport, Rhode Island on his 6.5-meter sloop to Bermuda. From Bermuda, Callahan sailed to Cornwall, UK with his friend Chris Latchem.

In Cornwall, Callahan participated in a sailing race to Antigua but dropped out in La Coruña, Spain to repair his boat which was damaged and several other boats had sunk from bad weather.

Callahan continued on with his endeavour sailing down the Spanish and Portuguese coast before setting off for El Hierro (Gran Canaria) off the coast of Morocco.

On the 29th of January 1982, Callahan set off from the Canaries back home to America. On the 4th of February, in the dead of night, something crashed into the boat causing a hole in the hull. It's believed to have been a whale or possibly a shark.

As the freezing water started to flood the boat, Callahan became momentarily frozen with the thought of "I'm about to die." Survival instincts took over and Callahan started frantically gathering supplies while preparing to abandon on the 6-foot rubber life raft. Twice, Callahan had to dive underwater to retrieve supplies in his submerged cabin while the boat was sinking.

Callahan found himself 800 miles off the Canary Islands with a few days worth of food, water, and flares. It took him days to figure out how to operate the solar stills, a device that filters undrinkable seawater to clean safe drinkable water. He had two solar stills that filtered a pint of water per day. He also had a spear gun to fish.

Callahan activated his EPIRB (Emergency position indicating beacon) but unfortunately, he was out of range for anyone to pick it up. Sharks began to get more aggressive with his raft.

After two weeks of being adrift, Callahan spotted a ship on the horizon. He set off a flare but the ship goes by oblivious to Callahan's presence. All the while shifting between survival mode and despair, becoming consumed with life regrets, he would gaze up at the night sky and think "A view of heaven from a seat in hell".

Forty days adrift, his raft became damaged. It was a constant struggle to keep his raft afloat using a pump. After ten days of trying to fix the tear and being mentally and physically exhausted, he gave up. Thoughts of death frighten him back to survival mode and he eventually figured out how to fix the tear.

While adrift, Callahan spotted nine ships, all failing to notice his distress flares. He sustained himself by collecting rainwater and catching mahi-mahi, tigerfish, flyingfish, barnacles, and birds by spear and consuming all raw.

On the 20th of April, 1982, seventy-five days adrift, Callahan saw the faint light in the vast horizon. The next day, he was picked up by a fishing boat drawn to his raft by the birds hovering above.

Callahan's memoir "Adrift; Seventy Six Days at Sea" was on the New York Times bestseller list for 36 weeks in 1986.

Later in life, Callahan was hired as a technical advisor for the making of "Life of Pi" which was nominated for eleven Academy Awards and three Golden Globes. In 2012, he was diagnosed with acute myeloid leukemia and today is a leukemia ambassador.