From the streets of Paris to the unforgettable voices of Dublin, Michael Considine's beloved ballad Spancil Hill is nothing more than a 19th-century emigrant's love letter. 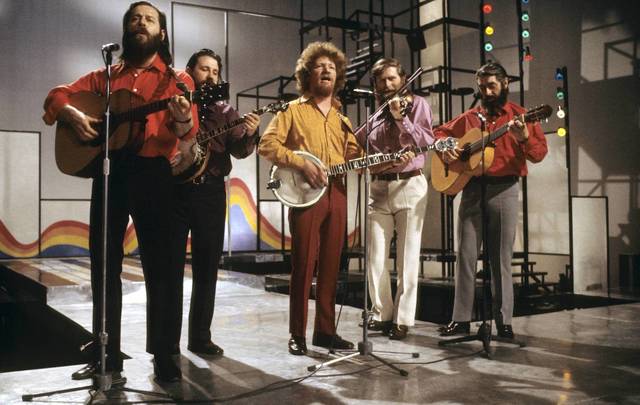 The Dubliners, known for their famous version of Spancil Hill. Getty Images

At the Franco-Irish ball to beat the band in the Centquatre, Paris, in 2020, Tomás Ó Cillín’s strong, clear, voice singing ‘Spancil Hill’ brought tears to more than one eye present. Tomás was one of the vocalists in ‘The Invincibles’ who opened the ball.

As he neared the end of the song a French lady gripped my arm and asked me in French; “It’s a love song? A sad song? A song about missing his country and his beloved?”

“Yes, oh yes you're right” I answered and she nodded, happy with her near clairvoyance, as she said she’d only a couple of words of English.

I was relieved we were subsequently separated by the ceilidh dancers as I felt she was going to ask me more specific questions about the beautiful words Tomás' voice had so well delivered. I realized that although I could sing along to a couple of verses and had the general gist of it, I actually didn’t know the story behind the words of the folk ballad, apart from knowing the young man was an Irish immigrant in California who missed his home and his girlfriend.

After my encounter with the French lady, I decided to do a little research on ‘Spancil Hill’. In an article on IrishCentral, I learned that indeed the ballad was about a young man, Michael Considine born in 1850, an emigrant to the US who yearned for his home in Spancil Hill, County Clare.

Like many others, he was escaping a country crippled by the Potato Famine and took the boat at the age of 20 in search of a better life. He stayed for a few years in Boston before heading west to California to follow the gold rush. He became ill at 23 and when he knew he was probably dying, he penned the poem ‘Spancil Hill’ which was later turned into a folk ballad. Considine didn’t last the year and died at 23, in 1873.

Researching further I found out that Considine had wanted to earn enough money to send for his love Mary MacNamara (in the ballad “Oh she's Nell the farmer's daughter and the pride of Spancil Hill”) to come and join him in California. With his poem, he wanted people at home to know he remembered them and the high regard he held them in.

The song is placed at the annual horse fair in Spancil Hill and the places and people in the ballad are believed to be real. The love he felt for his beloved Mary is at the very heart of the ballad. At the end of the ballad, the cock “crewed so loud and shrill”, and dragged poor Considine back to reality in California, “many miles from Spancil Hill.”

Just before he died, he sent his poem in a letter, care of his six-year-old nephew, John. For me, it can be seen as an authentic 19th-century Saint Valentine’s letter. No other man filled the romantic Considine’s shoes and Mary remained single all her life. What other man could compete with the legacy of love Considine’s poem left?

Seventy years later, teenager Robbie McMahon was given the poem at a house party where he met Considine’s nephew John, who by then was an elderly man. Robbie sang the song at that event and it was very well received. He became a singer and his famous rendition of ‘Spancil’ Hill is widely regarded as the definitive version. However, today, the best-known rendition is probably 'The Dubliner’s' with Jim McCann on vocals.

All the other songs sung by 'The Invincibles' at the Franco-Irish ball in Paris had a love theme. The ephemeral union of five invincible artists comprised 'Krunchie Killeen'- poet, musician and Joycean scholar, Margaret Nyland - Trad singer and 'Strawboy' – Paddy Sherlock, Paris based musician and 'showman extraordinaire' - Tomás Ó Cillín - fantastic vocals – and  Melissa Cox, fiddling for love.

Their program was spot on as we were celebrating the way people congregate at the big dances at the 'Lisdoonvarna Matchmaking Festival', County Clare and at big dances in Paris called ‘les bal populaires’ to dance and perhaps find romance. The songs ranged from happy and romantic; ‘Leaving of Liverpool’, ‘I’ll tell Me Ma’, ‘Still I Love him’ to love of country; 'Fields of Athenry'; to poetic the words of James Joyce’s poem ‘Golden Hair’ set to music by Krunchie Killeen. The slightly lewder love in ‘Monto’ (which refers to the old red light area of Dublin); and rowdier love of whiskey in  Finnegan’s Wake (where Jim Finnegan fell from a ladder due to a drop of whiskey too many, and the whiskey, “water of life’, brought him back to life when it was spilt on his corpse, at his own wake).

The list of Irish songs is long and it’s fun learning or reminiscing on the often real stories, behind the words. Apart from love, the theme of emigration and diasporic yearning and love for Ireland is so often the theme of choice in the Irish ballad tradition. Any Irish Valentine’s ball or sing-along wouldn’t be complete without these songs. At the Franco-Irish Paris ball to beat the band, in summer 2020, I’ll be well able to recount Considine’s poignant story if anyone asks me the story of “Spancil Hill”.

Here are the lyrics to the well-loved ballad Spancil Hill:

It was on the twenty third of June the day before the fair
where Ireland's sons and daughters and friends assembled there
the young, the old, the brave and the bold came their duty to fulfill
at the little church at Clooney a mile from Spancil Hill

I went to see my neighbors to see what they might say
the old ones they were dead and gone the young ones turnin' grey
I met with Tailor Quigley, he's as bold as ever still
for he used to make me breeches when I lived in Spancil Hill

I paid a flying visit to my first and only love
she's as white as any lilly and as gentle as a dove
she threw her arms around me sayin', "Johnny, I love you still!"
she's Ned the farmer's daughter and the pride of Spancil Hill

I dreamt I hugged and kissed her as in the days of yore
she said, "Johnny, you're only jokin' as manys the times before!"
the cock he crew in the mornin' he crewed so loud and shrill
and I was back in California many miles from Spancil Hill.