The advertisement appeared on a sandwich board outside Swans of Curragha in County Meath ahead of St. Valentine's Day. 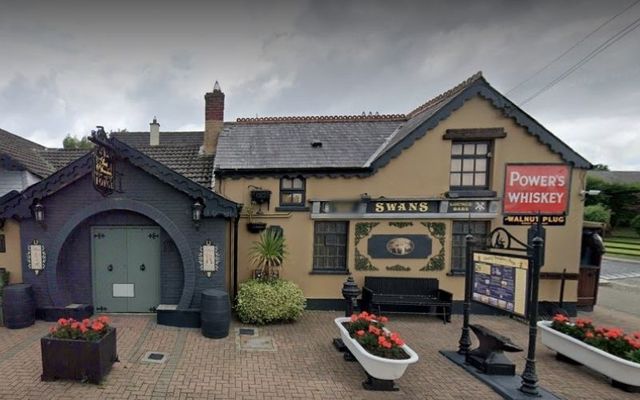 The ad appeared outside Swans of Curragha in County Meath. Google Street View

An Irish farmer who has "road frontage and 40 milking cows" has placed an advertisement in his local pub in a bid to find a wife.

The advertisement appeared on a sandwich board outside Swans of Curragha in County Meath ahead of St. Valentine's Day.

The self-described "lonely hearts farmer" said he is "living with Mammy" and seeking a woman aged between "20-60ish".

Any aspiring candidate must be a "Meath supporter, willing to cook and clean, must be able to muck out and handle a bull, drive a tractor fla-hout," the sign said.

"Wellington boots supplied free of charge. Leave details behind the bar," it continued.

Paddy Swan, who owns the pub where the sign appeared, told breakingnews.ie that he agreed to post the advertisement after a number of farmers revealed that they are struggling to find a date ahead of Valentine's Day.

"A local man asked us for help getting a date for St Valentine's Day so we're doing the best for him, as only we know how," Swan told breakingnews.ie.

"Unfortunately, the farmer still lives with his mammy, but sure there are ways and means around that," he continued.

Swan revealed that several single farmers are ready to get "back in the action" now that the majority of Ireland's Covid-19 restrictions have been lifted, allowing pubs to operate as they did before the pandemic.

"There are plenty of single, eligible farmers around here who are back in action again and only ready and willing to polish their chat-up lines."

He added that the advertisement had seen a great reaction from "a lot of young women" and said the bar might just be inspired to implement a matchmaker ahead of Valentine's Day following the sign's success.

Swan previously attracted attention when he posted a sign outside his pub looking for "drinkers with experience" when pubs reopened following the Covid lockdown in January.

"Drinkers Wanted. Experience Necessary. Apply Inside!" a sign outside the pub read.