The sacred Irish vote in America

"Because if there is any group in the U.S. who should bow at the sacred altar of the ballot, it is the Irish." 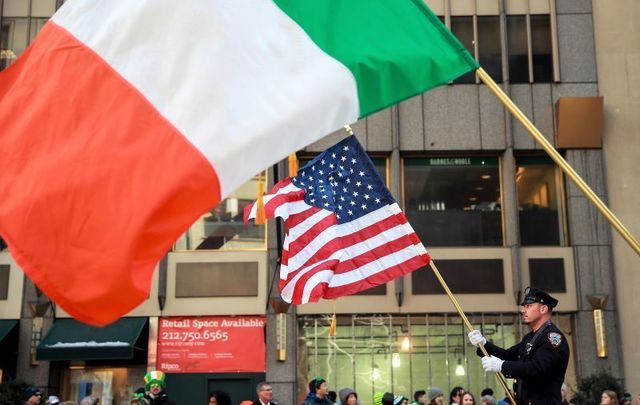 If my grandfather’s older siblings -- Leo Deignan had not yet been born, but there were 12 of them, and quite a few older than he -- grew curious about life in the U.S. a few years before they set out for Ellis Island, they could have picked up the March 1896 issue of the prestigious Atlantic Monthly magazine. It contained an article called “The Irish in American Life.”

Written by William Childs Merwin, readers learned that those who leave Ireland hail “mainly from the western counties,” and are deeply influenced by their “Celtic descent.”

As a result, they lack “the judgment, the moral staying power of the Anglo-Saxon,” and “brought with them a consciousness of inferiority to the Anglo-Saxon race.”

Gee, I wonder why!

The Celt, Merwin continues, “is fundamentally different from the Anglo-Saxon. He proceeds by intuition rather than by inference, and he is usually unable to state the process by which he has reached a given conclusion.”

So much for the Irish gift of gab.

But in the tradition of broken clocks occasionally being right, Merwin reveals some interesting details about Irish voting in America.

Such observations are interesting to ponder these days as lawmakers across the country pass laws to make voting more secure or more difficult, depending on your point of view.

This “had the effect of driving every Irishman in the country into the ... present Democratic Party.”

President Joe Biden (one of those Democrats) may or may not have been around when the Alien Act was passed. But his Scranton Irish ancestors surely were.

And if that is not animating his passionate opposition to laws pecking away at voter participation, it should.

Because if there is any group in the U.S. who should bow at the sacred altar of the ballot, it is the Irish.

Over the decades, elite snobs tried to take voting rights away from the Irish, and other racial and ethnic minorities.

"The immigrants vote…but they are not fit for the suffrage,” Britain’s U.S. Ambassador James Bryce wrote around the same time as The Atlantic Monthly’s experiment in Irish sociology. “Neither from Germany nor from Ireland do they bring much knowledge of the methods of free government.”

One reason? These “outcast street children (grew) up to be voters, to be the implements of demagogues, the ‘feeders’ of the criminals, and the sources of domestic outbreaks and violations of law.”

In a fascinating new book called The Age of Acrimony, Smithsonian Museum curator Jon Grinspan describes a wave of voter suppression laws from just over a century ago aimed mainly at heavily Irish urban areas.

One “disenfranchisement” plan, if passed, would have “stolen the vote of 69 percent” of New York City voters, according to Grinspan.

Experts back then knew that “urban” was a code word for a very specific type of voter.

“The herding of the Irish in our large cities,” Merwin noted in The Atlantic, “made the average of pauperism, crime, and mortality very high among (the Irish).”

It’s true these days that some progressives rant and rave a bit too loudly when Republicans start talking about voter fraud.

Then again, voting seems one of those things that it’s kind of worth getting worked up about, no? And if you want a real lesson in fraud, look up a little club called Tammany Hall.

But some people are just so damn sensitive.

They “take offense and suspect insult or unkindness when none is intended,” Merwin wrote, actually using the word “supersenitiveness.”

This “failing has been shown most conspicuously in political matters.”

Gee. I wonder why.