The painful education lesson for the Irish in America

"Schooling and education have always been an explosive topic for the Irish in America, intimately tied to both oppression and advancement." 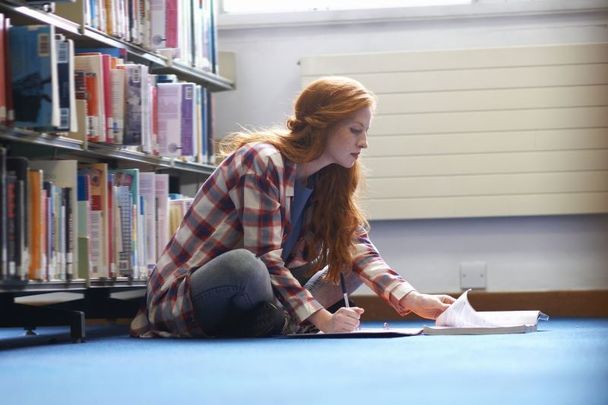 Liam O'Connor graduated from college in 2020, just three years ahead of my own first-born, who is currently a member -- in very good standing, I should add -- of her college’s class of 2023.

And my oldest son will begin his own college journey in September, as a tentative member of the class of 2025.

O’Connor graduated from a little school called Princeton, so you could be forgiven for assuming the American elite just took on a slightly more Hibernian hue.

Then again, it all depends on how you define “elite.”

O'Connor spent lots of time at Princeton doing just that.

He went to the Ivy Leagues "from a public school in the town of Wyoming, Delaware," The Atlantic magazine noted recently.

“Out of all of the places I applied to, (Princeton) came out as the cheapest one,” O’Connor noted.

Most of his fellow Ivy Leaguers don’t worry about such things. They spend their lives attending private schools that cost well over $50,000 a year.

“Less than two percent of the nation’s students attend so-called independent schools,” The Atlantic noted. “But 24 percent of Yale’s class of 2024 attended an independent school. At Princeton, that figure is 25 percent. At Brown and Dartmouth, it is higher still: 29 percent.”

Many lament that red and blue America can’t find anything to agree on. This seems like a no-brainer.

This is a demographic conservatives should love to tax, and liberals love to cancel.

Laughably, many of the students and staff at these institutions -- which are basically monarchies -- like to believe they are working in the name of social justice.

In the article, O’Connor -- obviously a bright student -- argues that the private school kids were simply groomed for this experience in ways the vast majority of even very smart kids are not.

Schooling and education have always been an explosive topic for the Irish in America, intimately tied to both oppression and advancement.

Immigrants were condemned as “un-American” for segregating themselves in Catholic schools, and well into the 20th-century nativists claimed the Irish and other newcomers were destroying American education by demanding its reform to meet the needs of immigrants

Anti-immigrant groups even had their own symbol, a little red schoolhouse, to remind Americans what was at stake if Irish Catholics continued to use political power to influence city education systems.

Things got so heated in Boston in 1895 that a man was killed and many others injured in bloody street fights over -- yes -- a little red schoolhouse float in a July 4 parade.

These days, education policy doesn’t quite get folks so worked up. But conservatives rant about “white privilege” lessons in middle school and radical professors in college. Liberals bemoan what a New York Times headline this weekend called a “Jim Crow Education System.”

As someone who has taught in New York City high schools and colleges for two decades -- all public schools, by the way -- all I can say is that these are surface problems. The bigger problem is the conviction among a wide range of Americans that if we tinker here and there with school policy, every student could someday be a Princeton grad.

That rests on the assumption that elite institutions really do offer an objectively superior education, and exist to justly and fairly maximize the potential of our hardest working students.

They don’t. They exist to groom the next generation of the world’s royal families. And if they accept a few working-class kids now and then, it’s a small price to pay for these educational monarchists.

For the rest of us mere mortals, including my college-age children, who went from public high school to public college, the price is a little higher.