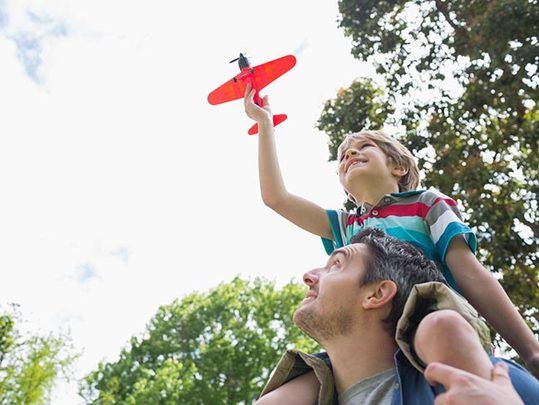 Last Father's Day, my five-year-old came up with the idea of going to visit her grandfather in the graveyard.

My father died of a heart attack when my husband was three, leaving a young wife with five children.

Read more: How Christmas was in my father’s time

They are completely overtired with the long summer holidays from the school approach. My five-year-old has turned into a stamping, shouting tornado and the six-year-old into one long whine. They collapse in tears at the slightest provocation.

I felt that mothers’ guilty yearning of wanting to pack a small rucksack and take a one-way flight to Thailand. Then I remembered how much I miss the childhood selves of my oldest two, never again to demand constant drinks of water or trip me up around the kitchen. That age-old mother’s conundrum. It was cured with a trip to the cinema on Saturday to see "Senna" with a big pot of Ben and Jerry's.

After a lot of "right arrow, press the dot, press home, down arrow, up arrow, press home again" etc. we managed to delete it. This was no small achievement over the phone as these machines are never obvious, especially if you are 78 years old and have had to embrace this whole new language in the last few years.