Reality and perspectives on immigration in America

How immigration will play a role in America's economic recovery. 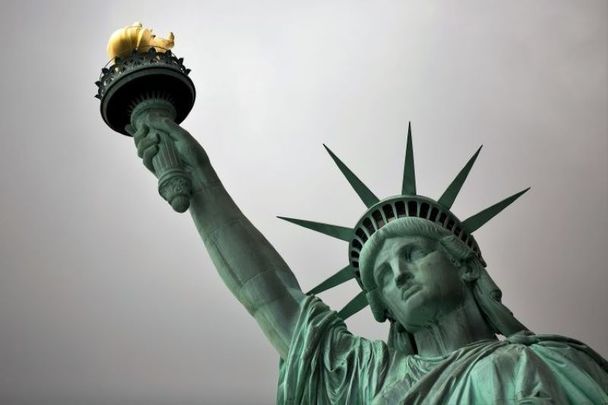 Joseph J. Salvo, the son of Italian immigrants from the Bronx, retired recently as the chief demographer for the City of New York. His work focused on providing analysis of the city’s changing population.

Asked in an interview in The New York Times about the prospects for economic recovery after last year's crisis, he said that he was optimistic because of the city’s continuing draw of new immigrants.

He pointed out that the population of New York City is 37 percent foreign-born and if you add the first generation, the figure exceeds half of all New Yorkers.

Salvo is convinced that their talents and hard work will bring the city back to its previous glory days. The only real threat, he warned, is “if we stop attracting immigrants.”

During his four years in office, his MAGA rhetoric and actions remained hostile to foreigners coming to America, and he rescinded the popular Deferred Action for Childhood Arrivals (DACA) program. A Pew report showed he was pleasing a big audience as 53 percent of Republicans and 24 percent of Democrats believe that immigration has a negative impact on life in the United States.

It is hard to explain these numbers considering that nearly all Americans have family histories rooted in some other country. Even the former president’s mother emigrated from Scotland and he claims incorrectly that his father was born in Germany – a puzzling confusion with his grandfather.

The current president is very proud of his Irish heritage, and he knows that when his people came to the United States they faced venomous hatred from the powerful Ku Klux Klan and other xenophobic organizations who argued that the country could not accommodate hordes of destitute people from Ireland who, to make it worse, were mostly Catholics and thus had a presumed allegiance to Rome.

President Joe Biden insists that the migrants on the southern border must be treated humanely partly because of his knowledge of the travails of his own ancestors. Significantly, one of his first actions in the White House was to restore the DACA law which covers children who came with their parents to the U.S. in their very early years.

Immigrants comprise around 15 percent of the population in the United States, but they are 80 percent more likely than native workers to become entrepreneurs. Many of the construction companies in the tri-state area are owned by people who were born and educated in Ireland. Silicon Valley is often spoken of as an Asian enclave because so many people from that part of the world continue to lead the computer technology boom there.

Some workers blame immigrants for the low wages that have prevailed in most sectors during the last half-century. Using tax records, researchers debunked that myth. They found that salaries were slightly higher in immigrant-founded firms versus native-owned businesses.

One of the companies that in recent times created a massive number of jobs in America originated in South Africa. Elon Musk built the Tesla plant in California, spawning more than 50,000 new employees and injecting $4.1 billion into that state’s economy, just in 2017.

The Congressional Medal of Honor is awarded for “conspicuous gallantry and intrepidity at the risk of life, above and beyond the call of duty” in wars against enemies of the United States. About 3,480 of these prestigious medals have been awarded to members of the American forces from all ethnic and national backgrounds since the medal was initiated in 1861. Amazingly, more than half of the recipients were Irish Americans, of whom 257 were born in Ireland.

Samuel Johnson, the great 18th-century English intellectual, aptly described patriotism as “the last refuge of scoundrels.” The denizens of the far-right, the louts and misfits who attacked the Capitol in an aborted January putsch to overturn legitimate election results, proclaimed their patriotism at every opportunity. They certainly merit Johnson’s dismissive definition.

These self-declared patriots nearly all oppose any kind of immigration reform because they want a country with a dominant white elite in control. The Medal of Honor heroes, immigrants, and their sons, fought for a very different vision of what an American patriot should espouse.

The Cato Institute, in an important study, compared the crime rate of immigrants to people born in Texas and found that in 2016 the homicide conviction rate for native-born Americans was 3.2 per 100,000 and 1.8 among illegal immigrants and half that for those who arrived legally.

The men and women fleeing their own countries in Central and South America want a better life for themselves and their families. So it was with the Irish and the Poles and the Italians and the Jews in times past. All of these groups faced loud anti-immigrant rhetoric similar to the taunts against today’s refugees.

There are Immigration Customs Enforcement detention centers in every state. About 70 percent of these places are run by for-profit companies, some of which earn in excess of $1 billion annually.

Southwest Key Programs, a registered non-profit organization, was paid close to $1.9 billion by the government over the last decade. Southwest runs detention centers for children that have little to recommend them from a humane or caring perspective.

However, while the children are treated poorly, the people at the top do very well indeed. The head of Southwest was paid an annual sum of $3.5 million for his leadership, and his wife collected a tidy $500,000 the same year.

By comparison in the non-profit sector, the head of the Red Cross earns an annual salary of $686,000. There must be a cold corner of Hades reserved for people who make millions while disregarding the wellbeing of poor children in their care.

The human dimension is the most heart-rending aspect of many immigrant stories. Their poignant tales should be heard by a wider audience.

Parents fleeing gang lords just to avoid complying with orders from these hoodlums. Others combine their limited finances to send one family member to America who then remits back the dollars that will allow another to travel, and so on.

All these people fleeing from tyranny have lived in dire circumstances. In one of the stories from last year, 39 young North Vietnamese were asphyxiated in a truck in Essex in England as they attempted to find a place to live and work.

One of these young people, Pham Thi Tra, a 26-year-old woman, managed somehow to write a haunting letter to her parents before she expired, “I am sorry Mom that my path abroad did not succeed. I am dying because I can’t breathe. I love you Mom and Dad so much. I am sorry.”

*This column first appeared in the April 21 edition of the Irish Voice newspaper, sister publication to IrishCentral.