The post-Brexit world - beyond conspiracy theory

Linking the current events to the historical ones in an attempt to reach a panoramic understanding of the future. 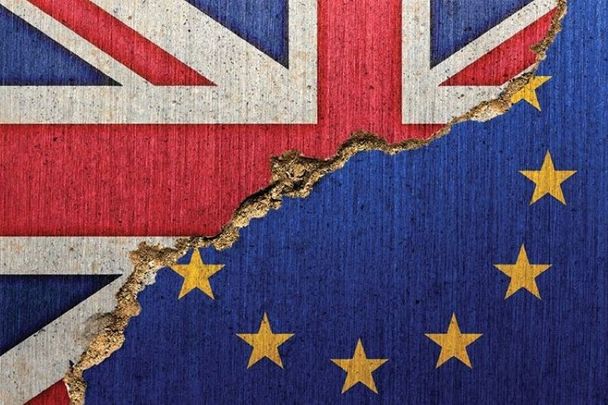 The fundamental bases in the study of politics revolve around the historical events that shape and form contemporary world politics.

According to this view, it is possible to demonstrate that Brexit occurred three times in history; the first Brexit took place during the Antiquities when Britannia took its independence from the Roman Empire.

During these times, the rest of Europe continued to be under the realm of the Empire which fell 66 years later after the attacks of the German tribes. Once the German tribes established dominance over Europe, the Roman Catholic Church in Rome came into prominence by gaining a large religious influence over the Catholics kingdoms.

To further elaborate on this issue, the Catholic Church served as a centralized supranational body that intervenes in the domestic affairs of the European kingdoms by imposing laws and regulations which would serve the special interests of the clergy besides the consolidation of the Catholic doctrine over Europe. It is during the religious Reformation that Henry VIII, whose irritation grew in scale because of the repetitive interventions of the Church within the domestic affairs of his kingdom, resolved to convert to Protestantism to separate himself from Europe and therefore announced the second Brexit from the Roman Catholic Church.

In the continuity of the dream of Rome, the European Economic Community, later known as the European Union, was founded after the Treaty of Rome in 1957. The European Union could be considered as the historical continuation of both the Roman Empire and the Roman Catholic Church uniting the European nation-states under a single supranational body.

To make a long story short, Boris Johnson, after being elected Prime Minister in 2020, announced the third Brexit or precisely the withdrawal of Britain from the European Union after the organization of a referendum in 2016. For the sake of clarity, the third Brexit was more similar to the second Brexit than the first one.

Here, it may be significant to illustrate that the Protestant nation still regards the other protestant countries namely the United States, Canada, Australia, and New Zealand as their truthful allies whereas viewing the European Union as a congregation of Catholic nations united under the new Catholic Church in Brussels.

For further examination of the issue, it is a necessity to investigate the events that took place after the departure of London from Europe in the first two occasions and relate them to the contemporary political situation in a futurological lens.

After the first Brexit, Britannia was a subject of constant attacks by the Picts from the north. The same evolvement of events took place as several conflicts emerged between European Catholic nations and England after the occurrence of the second Brexit. Among them: the Anglo-Spanish War, the English Civil War, and the Nine Years’ War.

However, the most remarkable course of events that can be related to the modern era is the indirect fuelling of internal conflicts by France and Spain in both Scotland and Ireland through financing and arming local rebellions such as the Tyrone’s Rebellion and the Irish Confederate Wars in Ireland from one side and the continuous support of the French for Queen Mary of Scotland and the backing of the Jacobins to restore the House of Stuarts to the British throne on the other side. During these harsh times, the London policymakers hurried to create alliances and unities with the surrounding kingdoms or tribes which culminated in the unity with the Anglo-Saxon tribes following the end of Roman rule and the Union of Crowns with Scotland in 1603.

After examining the historical background of Brexit, we come to the conclusion that England is on its path to establish a new political or economic unity with Turkey. In fact, the Turkish President Erdogan has always taken an aggressive stance against the European Union mostly during the Eastern Mediterranean crisis which qualifies him to be the perfect future ally for England. Moreover, Boris Johnson has always been a supporter of Turkey’s ambitions urging the country to avoid any further attempt to join the EU. It is also worth mentioning that Johnson has blood ties with the Ottoman Empire as his great-grandfather, Ali Kemal, was the Grand Vizier of the Empire.

The withdrawal of Britain from the EU will definitely create an economic and a political rivalry between the two powers. Historically, France has always come to the aid of Ireland and Scotland to gain independence from the English. Therefore, it would be very logical that the EU will support the reunification of the Republic of Ireland and Northern Ireland.

To shed more light on this issue, French politician Marine Le Pen (2019), head of the National Front deliberately stated on BFMTV that “the EU is looking to create a form of a civil war in Ireland... and to revive the old conflict there.” She added that the EU is willing to punish the British people by making “the divorce as painful as possible”. The conflict will not stop there as France may revive the Auld Alliance with Scotland in an attempt to break Britain into bits and pieces especially after the repetitive demands for independence from the First Minister of Scotland Nicola Sturgeon herself.

It is worth remembering that the political and economic tensions between the Protestant camp (Britain, Canada, Australia, and the US) and the Catholic camp (the EU) are already quite high since the coming of Donald Trump to the presidency and further future conflicts may take us back to the scenarios of the European wars of religion and the Thirty Years War. Starting from there, the leaders of both France and Germany will further solidify their calls for the establishment of a European army and the dissolving of NATO.