Why there is no such thing as “South Ireland” and “southerners” and the trend needs to stop. 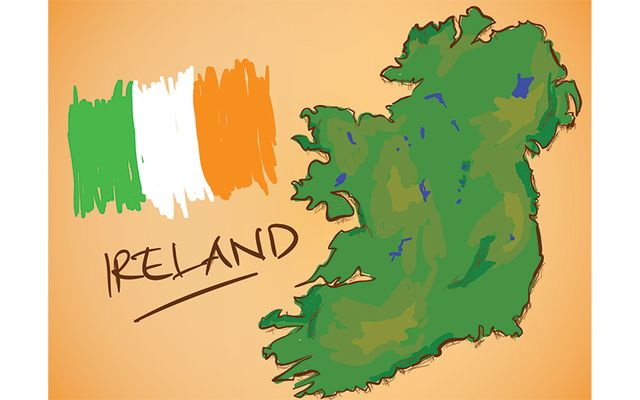 Why there is no such thing as “South Ireland” and “southerners” and the trend needs to stop. iStock

As we look to negotiating how Ireland’s border with Northern Ireland will function if the UK leaves the EU, it is time to set the record straight once and for all that the country “Southern Ireland” is what President Trump’s administration would call an “alternative fact.”

The relationship between the Republic of Ireland and Northern Ireland is currently under the most intense scrutiny I can remember since I was a seven-year-old watching on TV as the the Good Friday Agreement was signed. Yet, within the deluge of commentary on Northern Ireland after Brexit, there seems to be nothing I can focus on as much as the constant usage of the terms “southerners,” “southern Irish,” and “south Ireland.”

This is not exclusively a Brexit-related phenomenon. I have often seen/heard it used by journalists and commentators on anything from politics to tourism and well before the June 23 referendum that all but sealed the UK’s departure from the EU. However, it seems to have had a massive resurgence amid the post-referendum uncertainty regarding the future of the relationships on the island of Ireland.

I don’t make a habit of telling people how they should identify themselves or that what national identity they feel is right or wrong, but let me briefly explain why the bad habit of referring to yourself as a “southerner” should be left behind.

@EndaKennyTD why couldnt you just say north and south ireland

"Are you from South Ireland or North Ireland?" U wot m8

Firstly, and most simply, the most northerly point on the island of Ireland is not within Northern Island but the Republic of Ireland. In terms of easy geography, to refer to South or Southern Ireland in relation to anything south of the Northern Ireland-Republic border is most definitely not referring to the Republic as it forgets to include the entire county of Donegal.

And why would we want to forget about Donegal? The people of Donegal already feel separated and isolated from the rest of the country, especially when it comes to the government in Dublin, why would we add to that by ignoring them as we casually call ourselves "southerners." Besides, National Geographic Traveler recently named Donegal as one of the coolest places to visit in 2017. Why would we attempt to ignore that spectacular county's existence?

South or southern Ireland refers to those regions that are geographically placed in the south of the island, anywhere below my own Midlands region. These are the places where we’d venture on holidays to escape the flat lands of Co. Kildare and to get a glimpse of the Irish Sea or the Atlantic Ocean. Co. Kerry, Co. Cork, Co. Waterford and Co. Wexford are all “south Ireland.” And, despite the Rebel County natives often referring to their home county as the “People’s Republic of Cork,” Cork and the other three are all in the Republic and cannot be called a country in their own right.

Of course, this causes difficulty for those in Northern Ireland and the rest of the world who wish to place a name on the difference between us, a difference that some would argue doesn’t or shouldn't exist. The various county-based, regional-based, nationality-based and even European-based identities that are held throughout the whole island should not allow themselves to be narrowly defined in a way that simply places us as north or south of a border. As for those from the 'Six Counties,' the decision should rest with them as to whether they identify as Northern Irish, Irish, or British, not with us changing our own nationality to that of a fictional state.

Don’t get me wrong. This comes from no kind of raging republican standpoint of intense nationalism. As much as I would gladly take a 32-county Ireland, I’m by no means a United Ireland warrior and have on more than one occasion endured the West Brit slur. I look with disdain on those who I see as using Irish culture as a political device and always felt particularly uncomfortable at that point in the chorus of the Fields of Athenry when you’re supposed to shout “IRA” in a show of nationalist pride.

Yet, why should we lose our Irish nationality and become nothing more than “Southerners.” I, for one, don’t come from “the South."

Do you think people have a right to refer to themselves as “southerners” if they come from the Republic of Ireland? Let us know if you agree or disagree in the comments section, below.