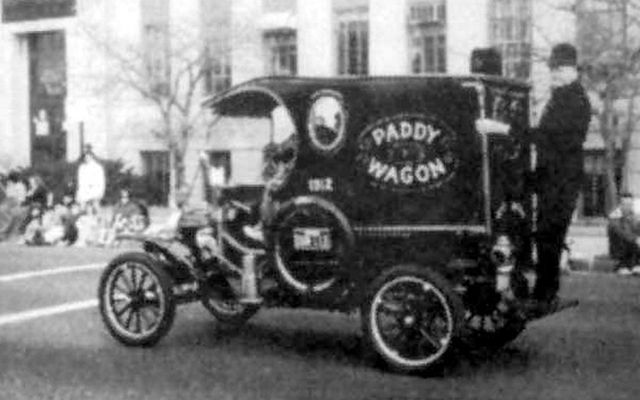 African American MSNBC presenter Joy Ann Reid has attacked Donald Trump’s use of the term “paddy wagon,” which he used last Friday when addressing police organizations in a speech in Long Island.

According to Lifezette, a conservative web site run by well-known conservative icon Laura Ingraham. liberals are outraged by Trump's use of the term and Joy Ann Reid's comments prove it.

The president said in a speech showing his support to law enforcement, "When you see these thugs being thrown into the back of a paddy wagon, you just see them thrown in, rough."

Pres. Trump on policing criminals: “When you see these thugs being thrown into the back of a paddy wagon…I said: ‘Please don’t be too nice’” pic.twitter.com/QITgnG3upm

On MSNBC'S Joy Ann Reid attacked Trump for using the term, saying it was "extremely offensive" to people of Irish descent. So, who is right in this debate?

I must disagree with Joy Anne. The conservative viewpoint on this is the right one. Paddy Wagon is not pejorative or especially offensive to Irish Americans.

Most laugh it off where they would never laugh off some other slurs like calling Irish Americans “plastic paddies,” ironically usually used by Irish-born people – who are sometimes referred to as donkeys.

Make no mistake – it was an odd choice of words, cops don't haul criminals off in paddy wagons anymore.

But it is so long since actual "paddy wagons" have been in service that I think we can bury the words as being offensive to the Irish and put it up there with “Harp” and “Micks,” neither of which causes umbrage today.

Researching paddy wagons proved a fascinating task. The original police vehicle for transporting prisoners was known as the “Black Maria,” still is in parts of the world. {Maria rhymes with pariah.}

It is reputed to have been called after an actual person.

According to the St Paul Minnesota Police Department Historical Society “The name 'Black Maria' as applied to the closed police vans with separate locked cubicles used to convey prisoners to jail is a term of New England origin; the story connected with it being that back in the mid-1800s in Boston, Massachusetts, there lived a black woman named Maria Lee, who kept a lodging house for sailors.

It was a waterfront place in the North End, where brawls were frequent. Maria, who was a large and powerful person, won a reputation for her ability to quell fights and bring offenders to jail. So successful was she in handling tough characters that the constables frequently enlisted her aid in bringing malefactors to book, and the story goes that when police wagons came into use in the 1830s, the Boston constables, remembering the great help the black woman had given them, immortalized her name in the term "Black Maria."

The Black Maria became the 'Paddy Wagon' sometime in the 1890s. The St Paul Police Historical Society points out that their first paddy wagon came into service on January 21, 1883, in conjunction with the opening of the new city workhouse. Built by the Fire Extinguisher Co. of Chicago for $600, the carriage was an enclosed van type wagon designed to transport about twelve prisoners and contained two compartments to separate men from women. Drawn by a team of two draft horses, Patrolman John Rooney transported prisoners from the old courthouse located on Wabasha Street between Fourth and Fifth Streets to the city workhouse.

Read more: Where did the term Irish twins come from and is it offensive?