A sad lullaby - my times spent inside an Irish COVID ward

It would be nice if Taoiseach Micheal Martin heard the lullaby I listened to in a hospital COVID unit the other night. 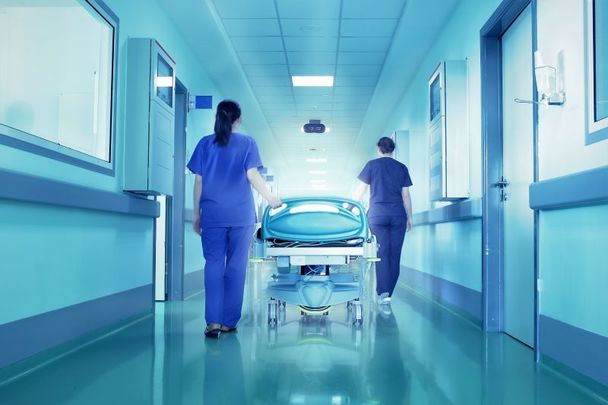 It might have encouraged him to be the leader he should have been when he failed to shut the country down at the beginning of December.

Disgraced GAA club chiefs who irresponsibly organized celebrations in late September/October also should have heard the sweet voice of a 25-year-old mother recovering from a 10-day battle against Covid as she sang down her mobile phone to her six-month-old daughter at bedtime.

Maybe they would have considered how stupid their unnecessary victory booze-ups that prompted a party spirit in the midst of the worst health calamity to strike Ireland in my lifetime were.

The following morning, intrigued, I drew back the curtain separating my bed in a Sligo University Hospital Covid unit from the area where the young mum who sang her baby to sleep 50 kilometers away in Ballaghaderreen was.

I was in the unit because while in the hospital with another illness I was struck by Covid. How it happened during a transfer of patients to my previous ward despite my advance protests is under investigation. I am now home under a 14-day isolation program.

In the area next to me lay a beautiful young woman.  She was kind enough to answer a few quick questions before I failed to fight off the tears at what I heard.

I later apologized for getting so upset, but what I heard angered me so much that I was unable to control my emotions.

This young woman, a Kurd from a town somewhere north of the Syrian city of Aleppo, the place most destroyed by bombs, tanks, and bullets in the world, fled her country four years ago.

It took her three years to cross part of the Mediterranean and along the refugee trail through Europe before she reached Ballaghaderreen a year ago, just before the start of the pandemic.

She must have looked forward to the birth of her baby last summer when staycation Irish citizens behaved so well that they recorded the lowest illness and death figures of the crisis!

After a grueling four years – and heaven knows what else she endured in her terror-stricken country in the preceding years – the Syrian looked forward to a peaceful existence with her daughter in Ireland where I gathered, she hopes to stay.

Then Ireland disgraced itself.

The shame of Ireland’s behavior since autumn made me weep in front of that young woman just an hour before she was discharged and permitted to return home to her little girl.

I blame three main sources for the pandemonium that has struck Ireland in the past four months.

One is the people themselves. They know what they should do, irrespective of mixed messaging from the government, but many now refuse to respect the health interests of their neighbors or applaud the front-line heroes battling against heavy odds every day to save lives.

Two is the lack of competent leadership in the government headed by Martin. People shouldn’t have to be led, but disappointingly many Irish have dishonorably proved otherwise.

Martin seems not to know whether he is coming or going half the time. His health minister, Stephen Donnelly, has been accused with some justification by the Social Democrats’ Roisin Shortall of flying false kites over-vaccination deliveries.

Three is the GAA, whose club chiefs across Ireland organized disco and drinking sprees and crossed county boundaries to continue the next day when anti-Covid regulations closed bars in their own district.

Weeks later at the end of October and in early November, the party spirit drove the illness cases back up, and by December, despite deeply worrying trends, the government opened up the country for Christmas.

We went from being the best Covid-battlers in Europe to the worst in the world.

Partly because of questionable leadership by GAA interests and a lot because it happened on Martin’s shift when he failed to grab what he would have described in Irish to children in his teaching days as the liathroid, or ball.

It’s a language the Syrian baby will learn in the years ahead if she stays in Ireland. Hopefully, we will be better people by then.