A recap of the 40th annual Milwaukee Irish Fest, which made a welcome return after going virtual in 2020. 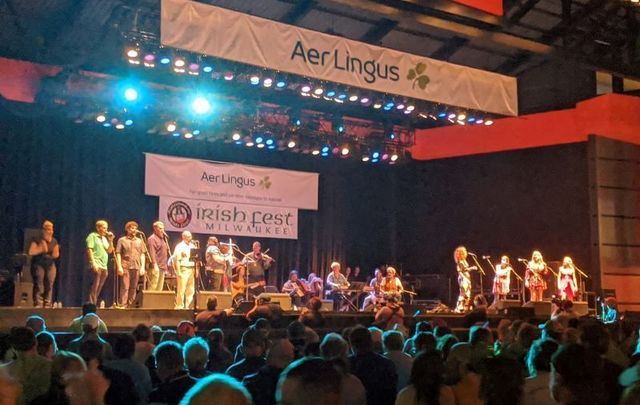 MILWAUKEE -- Over 42 years ago, an Italian festival in the multicultural Milwaukee presented a providential link between an Irish American Wisconsin native and Irish folklorist to meet and plant seeds for what has become the largest Irish festival in North America.

That early fertilization of America’s green fields by Ed Ward from Milwaukee and Mick Moloney from Limerick studying Irish music in America on their first meeting in 1979 was serendipitous. It also gave rise to the Milwaukee Irish Fest a year later in 1980 which just marked 40 years from August 20-22.

Irish Fest has reached legendary status on the purpose-built Summer Fest grounds on the banks of Lake Michigan. This year, coming slowly out of the Covid-19 siege, the Irish Fest Committee decided after taking a hiatus last year to boldly host an in-person event again.

The 75 acre open-air Henry Maier Festival Park played host to over 260 events nicely packaged over three full days from Friday to Sunday utilizing 14 different stages, only slightly reduced from 17 in a normal year. The Irish Fest brain trust optimistically expected a 70 percent turnout this year and that is what they achieved which allowed them plenty of room for the crowd to spread out all weekend.

The travel ban from Europe and Ireland meant that the large number of Celtic artists from Ireland, the U.K., and even Canada who usually turn up in great numbers for Irish Fest which sports a $2 million-plus budget wouldn’t be sharing any stages this year.

But Irish Fest decided it was the year to celebrate the “Spirit of Irish America” beyond even their annual efforts in doing so in their programming. Many of the top artists in the U.S. were invited back, most having their own long history of performing in Milwaukee earlier in their careers and receiving their own boost as well playing before big crowds on massive outdoor stages.

And John Doyle put together a fabulous ensemble dubbed the Irish Music Masters that featured John Williams and Seamus Egan, Ivan Goff, and singer Cathie Ryan. Ryan was a vocal standout as she also doubled up in Cherish the Ladies, featuring in six different shows over the weekend drawing from her rich repertoire familiar to the audiences from Cherish and her long solo career and work with Doyle.

As many of the artists turned up at Hyatt Regency Hotel, the festival headquarters, there was a dual sense of reunion and euphoria about traveling to a venue where they could and would perform for three days. It would be their first exposure to live audiences too.

And, of course, those who made Irish Fest their weekend destination were equally enthralled to be out and about and experiencing their favorite bands. It would be hard to tell which side was the happiest to be here, though you have to give the nod to the performers who sojourned through the past 18 months without pulling down paychecks for live shows.

One very welcome weekend guest was the Irish Ambassador to the U.S. Daniel Mulhall, who was making his very first visit to Milwaukee and Irish Fest in this his last year in the U.S. As a poet and writer, he made full use of the cultural quarter that Irish Fest operates as an important aspect of their annual event, giving three presentations including a preview of his upcoming book about James Joyce’s Ulysses whose centenary will be celebrated next year.

Mulhall’s Irish Embassy was an active supporter along with Culture Ireland of the Association of Irish and Celtic Festivals with virtual programs for Christmas 2020 and St. Bridget’s Day 2021. He met with some of those festivals at Irish Fest which under the mentoring and encouraging influence of the late Ed Ward. The collegial initiatives sparked by Irish Fest have established a very professional festival network bolstering Irish America’s cultural heritage and kinship with Ireland and its Celtic brethren. 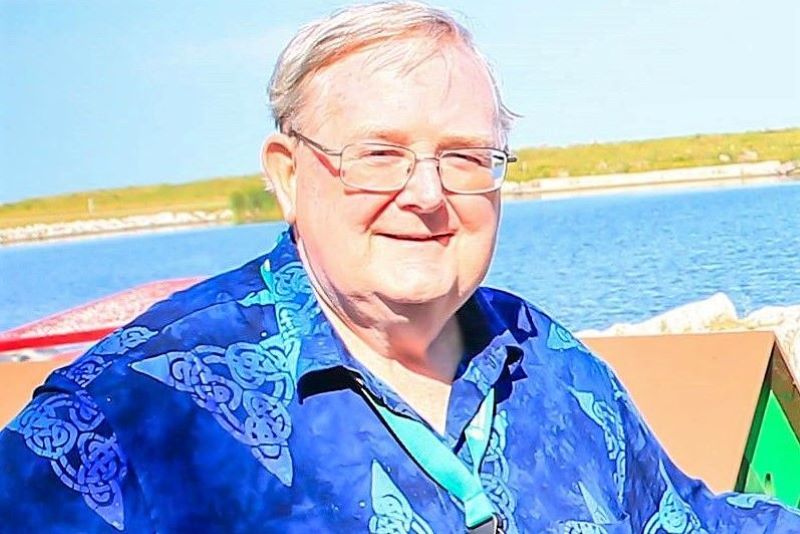 As this was the first Irish Fest held since the October 2019 passing of the visionary Irish cultural innovator with boundless curiosity, Ward was fondly remembered in a beautiful tribute on Saturday afternoon organized by his family and the artists with whom he had a long and warm relationship.  After an opening video featuring the man himself, Mick Moloney and Jimmy Keane paid a special tribute to Ed fashioning some new lyrics to the old song “Muldoon the Solid Man”:

“At every fest and the late night scattering, he always was the most gracious host

As conspicuous as the great Lord Mayor, boys, to every artist he’d lead a toast

He’d address the crowd with great elocution, because you see, he was a solid man.

So come with me, and he’ll treat you dacent

He’ll sit you down and he will fill your can

And along the street all the friends he meets

Tears of sadness flowed among the crowd but were soon replaced by tears of joy knowing that our rich cultural heritage that Ward so admired and worked so hard to represent in America was still a vibrant living tradition once again celebrated in grand style in Milwaukee. While Ed’s likes will not be here again, he stood on the shoulders of 4,000 strong volunteers who vowed to keep the tradition alive and so they did.

Ward would be very proud of efforts turned out to foster the spirits of Irish America this year continuing his legacy left to us.  To catch some of the spirit, visit  IrishFest.com and sample some of the virtual programming on Facebook or YouTube, including three live shows from the festival.

*This column first appeared in the September 1 edition of the weekly Irish Voice newspaper, sister publication to IrishCentral.