How Michael Collins got revenge on a British soldier after he tortured rebels involved with the 1916 Easter Rising. 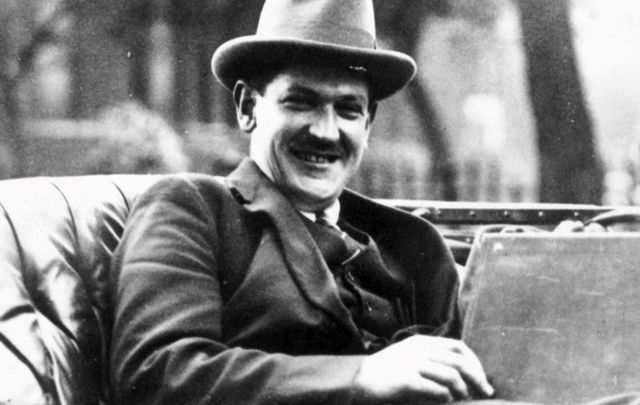 100 years ago, Michael Collins ordered the killing of a British Army officer in Co. Wexford. This particular hit had its roots in the 1916 Easter Rising.

Following the week-long insurrection in Dublin in 1916, the rebels who fought at the Four Courts and the GPO were rounded up and marched to the grounds of the Rotunda. Today that area is better known as The Garden of Remembrance. The prisoners were kept there overnight under a cold sky of stars and the cold glare of British soldiers. One of them, 28-year-old Captain Percival Lea Wilson, dished out beatings to some of the captured rebels before turning his attention to the rebel leaders Sean MacDiarmada and Tom Clarke.

Lea Wilson was particularly savage to the rebel prisoners. He beat polio sufferer MacDiarnada with his own cane before picking on 58-year-old Clarke who he had dragged out stripped naked and beaten. The prisoners protested against this and were beaten back. Liam Tobin was one of them, and so was Michael Collins who vowed vengeance against the British officer who mistreated Clarke and MacDiarmada. Four years later Collins would get his revenge.

Percival Lea Wilson was born in Kensington, London. The Oxford-educated Lea Wilson joined the British Army at the outbreak of WWI and served as Captain in the 18th Royal Irish Regiment. A battle wound in 1916 saw him stationed in Dublin to recover, just as the Easter Rising was breaking out.

In the years after 1916, Lea Wilson settled in Wexford where he served as RIC  District Inspector. On the 15th of June 1920 shortly before 10 am, Lea Wilson was returning home after a visit to the RIC Barracks in Gorey. On foot and in his civvies, Lea Wilson stopped at the railway station to buy a newspaper. There he met Constable Alex O'Donnell who then accompanied him on part of his walk home.

O'Donnell and Lea Wilson parted company at the railway bridge on Ballycanew Road while further up that very same stretch of road there were a number of men standing around a car pulled over at the side with its bonnet up.

Michael Collins had sent Liam Tobin and Frank Thornton from Dublin to meet with Joe McMahon, Michael McGrath, and Michael Sinnot in Enniscorthy. From there they were all driven by Jack Whelan to Ballycanew Road to carry out the revenge Collins sought against Lea Wilson.

Unaware of his assassins waiting for him, Lea Wilson read his paper as he strolled up the road. As he passed by the parked car the men standing around it drew their revolvers and fired at Lea Wilson. Two shots brought him down but he somehow managed to stay on his feet and dash up the road but more gunfire finally brought him down. Later, a coroner's report would state Lea Wilson was shot seven times.

When the shooting ended, one of Lea Wilson's assassins Tobin and Thornton walked up to the body on the road to make sure its life was indeed extinguished. Then, they picked up Lea Wilson's newspaper and took it with them.

Later that evening Michael Collins was in the Wicklow Hotel on Dublin's Wicklow Street when word reached him from Wexford of the shooting of Lea Wilson. Collins greeted the news with joy and mentioned to one of his comrades "well we finally got the bastard!"

Percival Lea Wilson was buried in Putney Vale Cemetery in west London. His grave marker mentions his assassination in Gorey 1920,  a death which had its roots in 1916.