Ireland's Tanaiste Leo Varadkar is under armed protection in the wake of chilling death threats in recent weeks, according to reports. 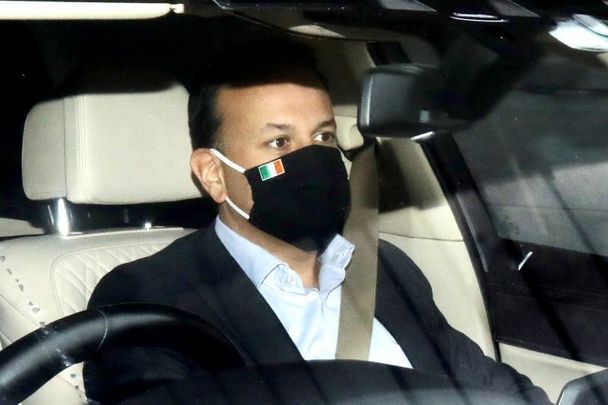 Tanaiste Leo Varadkar has been given increased personal security after reportedly receiving a number of "credible" death threats in recent weeks.

According to a report in the Sunday Independent, the Fine Gael leader and former Taoiseach has been bombarded with sinister messages which Ireland's Special Detective Unit is taking "extremely seriously."

It's believed that far-right extremists and anti-lockdown groups are responsible for some of the death threats, with some culprits identified as having the potential to cause Varadkar, 42, physical harm.

A source said, "For obvious reasons, not much can be divulged as this is a security issue of national importance.

"But it's fair to say gardai do not ramp up any member of government's armed security unless there is a good reason.  This is being taken extremely seriously."

Another quoted source said, "A full evaluation of every threat received is carried out.

"Some of the threats against the Tanaiste are coming from people who are already on the garda radar because of their involvement with extremism, linked to some of the recent anti-lockdown protests."

The Taoiseach and the President of Ireland also have bodyguards from
the Special Detective Unit.

However, it's believed that Varadkar has been assigned a higher level of protection than Taoiseach Micheál Martin on account of the high threat level he's received.
The revelation comes as Varadkar faces mounting pressure to step down from his job.

He has faced calls from opposition parties to resign after a garda inquiry into his leaking of a confidential doctor's pay agreement was upgraded to a criminal probe.
The former Taoiseach, who is himself a qualified doctor, has denied any wrongdoing and has offered to assist gardai with any questions they may have.

Meanwhile, Varadkar has admitted that his current title of Tanaiste could be "inappropriate" in a united Ireland.

During a discussion on what a united Ireland would mean on RTE's Claire Byrne Live on Monday night, Varadkar said he was concerned about the potential for a border poll campaign to "polarize people.”

And in a nod to the estimated one million people who would identify as British in a united Ireland, he said titles like Taoiseach and Tanaiste may no longer be suitable.

"These are the titles of Gaelic chieftains. Would they really be
appropriate in a unified island where a million people are British?” he asked.

Democratic Unionist Party MP Gregory Campbell admitted in the program that he believes a border poll is inevitable.

But he insisted it wouldn't be successful, adding, "We are British, there's nothing you can do, nothing you can say that will change that. There isn't going to be unionist buy-in for something that is anathema to us."