Tanáiste Leo Varadkar told the Dáil last November that he gave a copy of an agreement between the Irish Government and the Irish Medical Organisation to a friend who headed a rival organization before the document was made public. 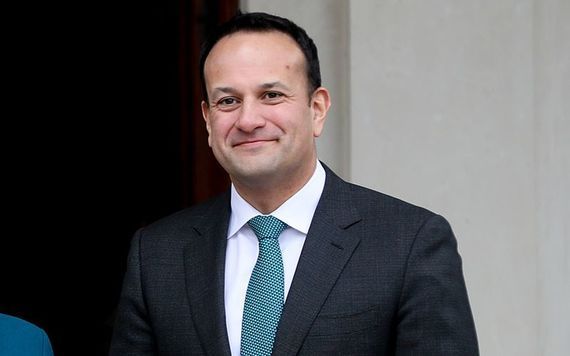 Tanáiste Leo Varadkar faced a no confidence motion in the Dáil last November over the incident. Getty

Gardaí have launched a formal investigation into the leaking of a confidential document by Tanáiste Leo Varadkar.

Varadkar told the Dáil last November that he gave a copy of an agreement between the Irish Government and the Irish Medical Organisation to his friend Maitiú Ó Túathail - the head of rival organization the National Association of GPs - while serving as Taoiseach in April 2019.

Varadkar allegedly gave O Túathail a copy of the agreement before the deal was made public, prompting gardaí to launch an initial scoping exercise into the incident in February.

An Garda Síochána has now upgraded the scoping exercise to a formal investigation and will gather evidence for a file to be submitted to the Director of Public Prosecutions (DPP).

The DPP will then decide whether any laws have been broken and whether criminal charges should be pursued.

The National Bureau of Criminal Investigation, which consists of an experienced team of detectives, is carrying out the investigation into the incident. The investigation will explore whether there were any breaches of the Official Secrets Act or the Criminal Justice Acts.

Varadkar apologized for his actions last November but maintained that he had not broken any laws. He said that his legal advice is that he " has committed no offense" and has offered to meet gardaí to provide a full statement.  Varadkar said previously that he circulated the confidential agreement to encourage members of the National Association of GPs to agree to it.

Fine Gael TD Heather Humphreys, who will assume the role of Minister for Justice when Helen McEntee takes maternity leave, said that Varadkar should "absolutely not" stand aside as Tanásite during the investigation.

Humphreys said that Varadkar was acting in the public interest by sharing the document with O Túathail, although she said the decision to share the agreement was an "error of judgment".

Fianna Fáil TD and Minister for Public Expenditure Michael McGrath said that Varadkar has his full confidence and said that the Tanásite should not step aside during the investigation.

Meanwhile, Sinn Féin TD Mairéad Farrell said that the incident was "very wrong" and had "no place in our society". Varadkar survived a vote of no confidence in the Dáil last November tabled by Sinn Féin over the incident.

Village Magazine first reported details of the alleged leak in October last year and detectives have already spoken to Minister for Higher Education Simon Harris, who was Minister for Health at the time of the incident, along with officials in the Department of Health.

O Túathail said that he has not been contacted by gardaí over the incident but said that will co-operate with the investigation.