Larry McCarthy, a Corkman but long time New York Sligo representative, has the bona fides to be a major factor in a field of five as they jockey to the finish line. 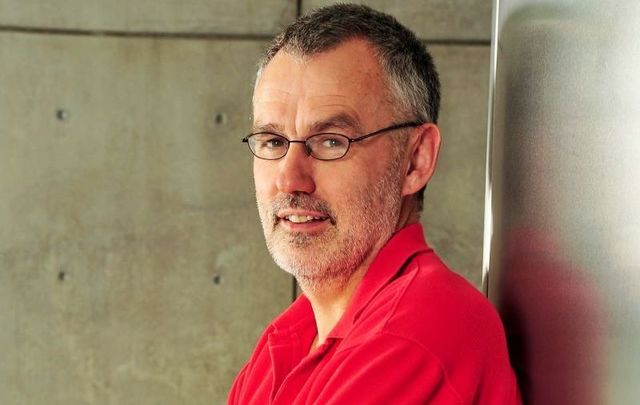 Larry McCarthy, an Irishman based in New York, has become the first overseas president of the GAA.

Update: On February 28, 2020, Larry McCarthy was voted as the next president of the Gaelic Athletic Association (GAA) after receiving 142 votes, 10 more than Jarlath Burns at the GAA Annual Congress 2020.

"A native of Bishopstown in Cork, he emigrated to New York in 1985 to do a Masters degree. He is involved with the Sligo football club in New York, and has served with New York GAA for a long time, as secretary for six years and chairman for three years. "

Larry McCarthy has been elected GAA President-elect after a fourth count of voting! He's the first overseas candidate to be elected to the position. LIVE updates here. #GAACongress #GAA

The below was published on February 19, 2020, ahead of the GAA Congress vote:

The New York GAA, an organization that’s almost exclusively male, just elected a woman as its first chairperson, while supposedly sure-footed frontrunners in the Democratic primaries are currently wilting badly.

Last fall, when U.S-based Larry McCarthy announced that he would be seeking the presidency of the GAA, the perception of some was that it was a far-fetched idea from a far-flung orbit of the GAA.  Now it seems that on the cusp of the election McCarthy, a Corkman but long time New York Sligo representative, has the bona fides to be a major factor in a field of five as they jockey to the finish line.

According to Sean McGoldrick, a sports journalist with the Sunday World, Jarlath Burns, and McCarthy are the frontrunners in the race. Of course, it’s easy to speculate about voting blocks, but the word is that the Ulster folks will be solidly in Burns’ corner, while McCarthy should have a lock on the overseas delegates.

Regarding the overseas delegates -- and I don’t know if this is a coincidence or a reaction to McCarty’s quest for the presidency -- there is a motion before the upcoming Congress that would basically halve the number of delegates.  According to McGoldrick, the current number of overseas delegates is equivalent to the combined total for Connacht and Munster.

Based on this motion it would seem that there are some inconsistencies in the GAA’s philosophy. Generally, their spinmeisters are adept at espousing the international and global reaches of the association, but this motion seems designed to reduce the influence of overseas units on policies, procedures, and personnel.

From McCarthy’s perspective it will have no effect on polling numbers this year, but if the motion succeeds the chances of future aspirants gaining higher office in the association will be greatly reduced.

Meanwhile, distance does not appear to be an obstacle as McCarthy has been reported as campaigning vigorously with whistle-stop tours up and down the Emerald Isle making his appeal to the GAA fraternity.  If he does come up short it won’t be for lack of zeal or effort in his quest for the top post in the GAA.

I posed the following questions to McCarthy during the week and he responded accordingly.

Why do you want this position ?  Having served as club secretary, club chairman, country secretary, county chairman and having been elected as a trustee, I want to continue serving the organization. It seems somewhat like a progression to put my hat in the ring for uachtarain. I have found the work of the Management Committee fascinating, particularly the vast array of activities and engagement that the CLG has, not just in terms of managing games, so I want to continue to serve. Obviously you feel that you are well qualified for the position. Why?

My experience as country secretary and chairman contributes to qualification, as does my professional background, lecturing in the area of sports management with a particular emphasis on sports marketing. On a daily basis I’m examining sports organizations around the world, and looking at how they are managed. This is a unique, and arguably well-qualified background for the position.

Read more: Meet the biggest GAA club outside of Ireland

What do you think are some of the most critical issues facing the GAA today?

Maintaining a good balance between the various tensions that exist in the management of the organization. The tension between club and county fixtures, between universities/colleges/schools in relation to the under-20 football championship, and between the GAA and the Gaelic Players Association.

The fixtures report published in late November has a number of interesting propositions, one which allocates five weekends in June, July and August to club games.  That will give certainty of fixtures to players, which will allow them to plan not just their game schedule but also their life schedule. This will ameliorate some of the tensions that exist.

The fact of playing the under-20 football championship early in the year has had a severe impact on schools and universities. We should review the data  -- i.e. the number of players, teams etc. -- who were impacted by the timing and then make an informed decision on whether early in the year is the best time to play it.

I believe in reviewing the data, consulting with a wide array of people involved, and making informed decisions, rather than facing unintended consequences. Negotiations with the GPA are ongoing, but the fact that they only represent intercounty players (about 2,200) in total is a concern. They are overly focused on this elite group and this in my view is problematic, as is their continued fundraising in North America.

Don’t misunderstand me, we must take very good care of our elite players, they more than deserve it, but the interactions with the GPA must be framed in the context of the overall GAA.

Do you foresee yourself implementing any new/novel initiatives?

No, nothing novel. A robust discussion will take place on the fixtures, review report and that may entail some changes in schedule and structure. Those changes may be implemented in 2021, and in that context could be described as new, but certainly not novel.

As you know you are not the first presidential candidate from this side of the Atlantic -- John Kerry O’Donnell threw his hat in the ring in 1984.  I don’t think his effort was taken too seriously. Do you think that you have a fighting chance, given the fact that you may be perceived as an outsider and possibly attempting to spoil the party?

I totally disagree with the idea of trying to upset the party. I have served on the Management Committee for the last two years and did not perceive myself as being viewed as an outsider.  Indeed I think I’m viewed as bringing the global perspective to the table and ensuring that its views are considered.

There are five strong candidates in the race: Jerry O’Sullivan (Cork), Mick Roche (Roscommon), Jim Bulger (Carlow), Jarlath Burns (Armagh) and myself.  The election is on the opening night of Congress on February 25.

The following questions I appropriated from an interview that McCarthy did with Mike Dorgan, a fellow Corkman, a former Nemo Rangers and current New York player.

What is the GAA doing wrong?

What is the GAA doing right?

It’s doing a significant number of things right. When you look at the intercounty games that we’re running, and all the events that are happening in clubs and communities, it’s fascinating how we’re involved as an institution. We have tentacles into the community and they may not necessarily be on an official format, but we’re involved in cultural activities through Scor and through the Irish language.

The GAA is much more than a sporting organization. There’s no other sports organization in the world that does such an array of things as well as manage top class sport with over 82,000 in attendance at their grand finals.

Are you in favor of a two-tier football system?

Yes, I hope it will come in a Special Congress. I think it will make a significant difference allowing players to play for the All-Ireland, which is our Holy Grail, and then give them an opportunity to play at a competitive level which they can do well at.

Would New York be involved in a two-tier system?

Yes I think we should. (Given the way that the two-tier system is being envisaged, New York’s participation would be preempted as tier designation is based on performance in the league. New York does not play in the league, though current GAA president John Horan said that New York would not be left out in the cold).

In another interview with John Fogarty in the Irish Examiner, McCarthy stated that aside from his academic and administrative experience, he is also unique.

“I’m the first All-Ireland club football championship winner to run for office, the first candidate who worked for the Olympics, and if I’m elected, I’ll be the first president to move to Ireland to fulfill that role,” he said.

Word is that he’s preparing for all eventualities as he is checking the property market as well as perhaps spending a holiday in the Gaeltacht to brush up on the cupla focal.