British Prime Minister Boris Johnson rode the wave of support for his comprehensive “vaccinate now, ask questions later” policies in last week’s local elections in Britain, but he will have precious little time to enjoy the victory. 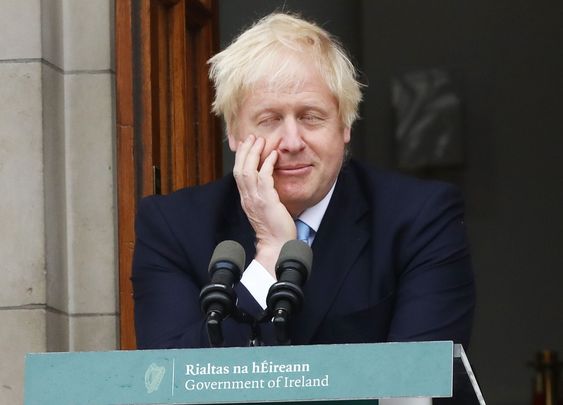 That is because looking north to Scotland and west to Northern Ireland huge, some would say unsolvable, issues, reign.

The Scottish Nationalist Party (SNP) won its fourth consecutive electoral victory, an extraordinary political achievement in a time of great turmoil and change.

They won 64 seats, with the Tories and Labour trailing behind with a combined total still far short of the margin of the Scottish Nationalist victory.

The SNP fell one seat short of an overall majority, but with a Green Party that is pro-independence, the SNP is set to reign for many more years.

The immediate issue for Johnson is the demand for another independence referendum which looks inevitable now, given the size of the SNP victory. Johnson’s response was to call for four-way meetings with Scotland, Wales, England and Northern Ireland to try and seek common ground.

Of course, he cared little for common ground when he was ramming through Brexit and ignoring the wishes of the three other states that make up the United Kingdom.

SNP leader Nicola Sturgeon is the singular most impressive politician in the British Isles and Ireland, and she knows she holds most of the cards after her smashing victory where record numbers went to the polls.

She is right to put off the drive for a new vote until the Covid crisis is in the rear view mirror, so we may be looking at summer or fall of 2022 before the matter is finally decided.

It is hard to see how Johnson can refuse such a vote given the margin of victory by Sturgeon. He may bleat all he likes that such a referendum was held in 2014 and that there should be no more than one in any generation, but Brexit has changed the facts on the ground.

Meanwhile, Northern Ireland, the perennial foundling child of the United Kingdom, has fallen into a highly charged peculiar crisis of its own. The fact is that the two leading unionist parties, the Ulster Unionists and the Democratic Unionist Party (DUP), have no one at the helm after the leaders of both stepped down in the past few weeks.

The lack of leadership is extraordinary at a time when the Brexit fallout has led to angry demands by unionists that the Irish Protocol, which put the border down the Irish Sea, must be abandoned.

The most interesting development may be that moderate unionists have begun to drift towards the Alliance Party which is agnostic on the united Ireland referendum issue, while hardline unionism is drifting towards the Traditional Unionist Voice Party which is to the right of Attila the Hun.

There are two contenders for the DUP job, Edwin Poots, and Sir Jeffrey Donaldson, who represents the hardline and liberal wing of the party respectively.  Insiders say it is neck and neck and getting nastier by the day which, if so, means that whoever wins will likely be immediately unacceptable to almost half the party.

So the upshot this past week is no change in SNP dominance in Scotland, another dynamic victory by Sturgeon, and a continuing crisis of leadership in Northern Ireland at a critical time.

Johnson can point to his own smashing victory, but the very enterprise he is desperately trying to keep together, the United Kingdom, has rarely looked so frail as it does after this recent election.