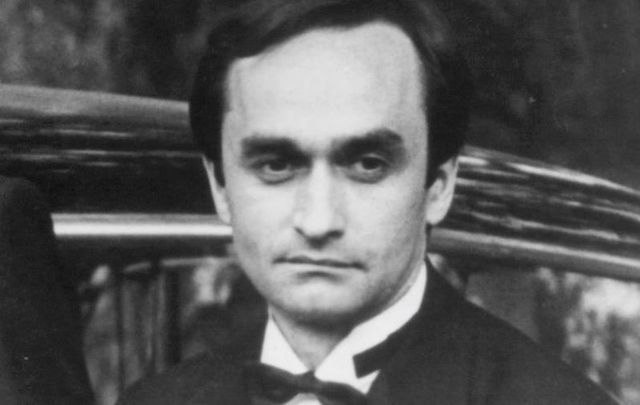 John Cazale in a publicity portrait for the film 'The Godfather,' 1972. Getty Images

In his brief acting career, John Cazale starred in five movies over seven years before tragically succumbing to lung cancer in 1978 - The Godfather, The Conversation, The Godfather Part II, Dog Day Afternoon, and The Deer Hunter, all of which were nominated for the Academy Award for Best Picture.

"I learned more about acting from Cazale than anybody," Al Pacino once said.

John Holland Cazale was born in Revere, Massachusetts, on the 12th of August, 1935, to parents John Joseph and Cecilia (née Holland) Cazale. Cecilia Holland was Irish on both sides of her family, specifically Cork.

Cazale grew up in Winchester and attended Buxton High School where he joined the drama club. He studied drama at Oberlin College before transferring to Boston University.

After graduating college, Cazale juggled theatre and work as a taxi driver before moving to New York. In 1968, Cazale received critical acclaim for his stage performance in "The Indian Wants the Bronx" earning Cazale an audition for the role of Fredo Corleone in "The Godfather," his movie debut role.

In 1974, Cazale was cast alongside Harrison Ford and Gene Hackman in the mystery thriller "The Conversation," which was nominated for three Academy Awards.

In 1975, Cazale starred alongside Al Pacino in the crime drama Dog Day Afternoon, which was nominated for six Academy Awards.

Director Sidney Lumet said: "One of the things that I love about the casting of John Cazale was that he had a tremendous sadness about him. I don't know where it came from. I don't believe in invading the privacy of the actors that I work with, or getting into their heads. But, my god -its there- every shot of him and not just in this movie, but in the Godfather part II also."

Cazale made a return to theatre in 1975, starring in a number of plays by Israel Horovitz, supporting Al Pacino in "The Resistible Rise of Arturo Ui." (Israel Horovitz is the father of Adam O'Keefe Horovitz, aka Ad Rock from the hip hop group, The Beastie Boys.)

In 1977, Cazale starred in Shakespeare's Measure for Measure alongside newcomer Meryl Streep at the Delacorte Theatre in Central Park. During the run of the play, romance blossomed between Streep and Cazale.

"The jerk made everything mean something," Streep once said. "Such good judgment, such uncluttered thought!"

During the first preview of Agamemnon at the Vivian Beaumont Theatre in Manhattan in 1977, Cazale took ill, forcing him to withdraw. He was soon diagnosed with lung cancer likely related to his chain-smoking.

In 1978, Cazale was cast in The Deer Hunter alongside his partner Meryl Streep, as well as Robert DeNiro, Christopher Walken, and Fred Savage. The makers weren't aware of Cazale's illness.

Despite attempts at a number of treatments, the cancer quickly metastasized to his bones. Director Michael Camino found out about Cazale's illness and rearranged the shooting schedule to film all of Cazale's scenes first. Despite managing to film all his scenes, Cazale died before The Deer Hunter was finished.

In his published eulogy for Cazale, Israel Horovitz wrote: "John Cazale happens once in a lifetime. He was an invention, a small perfection. It is no wonder his friends feel such anger upon waking from their sleep to discover that Cazale sleeps on with kings and counselors, with Booth and Kean, with Jimmy Dean, with Bernhardt, Guitry, and Duse, with Stanislavsky, with Groucho, Benny, and Allen. He will make fast friends in his new place. He is easy to love."