Following a visit to Trieste, Italy, IrishCentral contributor Rosaleen Crotty shares her newfound knowledge of the city's connections to the life and work of James Joyce. 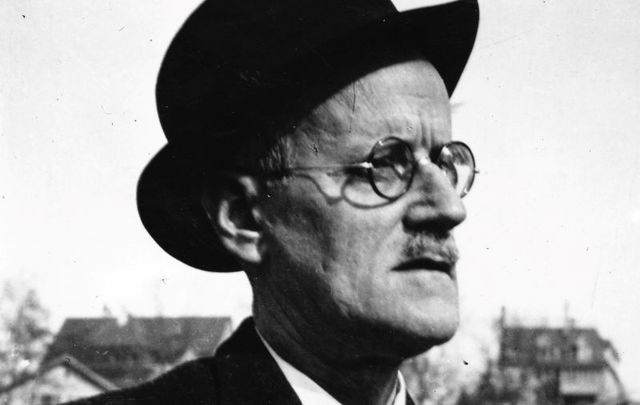 From Canada to New Zealand, from Lithuania to Italy, and many other countries in between, Bloomsday will be celebrated on June 16th.

James Joyce is associated with Dublin, Paris, and Zurich, but for those among you whose Joycean scholarship is a 'bit on the rusty side,' you may not be aware of James Joyce´s very strong connections with the city of Trieste in northern Italy.

For starters, James Joyce’s novel Ulysses tells the story of one Leopold Bloom as he goes about his life in Dublin on June 16, 1904. It could be argued that the inspiration for Leopold Bloom may not have been a Jewish man from Dublin at all, rather one Ettore Schmitz, a Jewish paint seller from Trieste!

How Joyce ended up in Trieste in 1904 is a story in itself. The family came to be in Trieste through a series of non-connected events in which James Joyce and the love of his life Nora Barnacle were ‘collateral damage’ in acts of subterfuge, swindling – and even espionage, none of which was their own making.

However, Joyce liked Trieste so much, and indeed one could say Trieste liked James Joyce, that the city was to be his home for 15 years.

After arriving in Trieste, he was hired to give English lessons to a young girl Letitza, daughter of the aforementioned Ettore Schmitz.

In February 2000, the young girl Letitza, by then a woman in her late sixties, explained that meeting James Joyce changed all their lives dramatically. And that is by no means an exaggeration. Not only she, but her father Ettore and mother Livia became involved in the English lessons.

“At the very first lesson, Joyce told us he was a writer," explained Ms. Schmitz. For her father, that was most significant, because Ettore Schmitz too was a writer; he wrote under the pseudonym Italo Svevo. Alas, his writings had up to then been ignored by Italian readers and critics.

Now, however, Mr. Schmitz worked up the courage to show his work to his daughter's English teacher. Joyce was impressed. He encouraged Schmitz to send his work to English and French critics that he, Joyce, knew. Then, Ms. Schmitz explained, James Joyce followed up by writing to two of the French critics stating ‘the only modern Italian author who interests me is Italo Svevo.’

It worked! After years of rejection, Italo Svevo became a literary sensation. Even in Italy!

Time proved Joyce's opinion to be correct; Svevo’s pioneering literary works are now recognised as having had a profound influence on the modernist writing movement in Italy.

This literary support was happily a two-way street; for example with regard to his masterwork Ulysses which Joyce would later write in Paris. When putting the novel together in his own mind, for the character of Leopold Bloom, Joyce would frequently ask Ettore Schmitz how he would respond to various questions or to various situations, especially with reference to the Jewish faith.

Letitza Schmitz again observed that her father was aware from this constant questioning, which did in ways annoy him, that 'he was supplying material for a novel' for Joyce. Except perhaps for Joyce himself, no one could have imagined how huge a global influence this novel would have.

The more alert readers among you may note Ettore Schmitz´s wife was called Livia. She is the self-same Livia whose long reddish-blond tresses were compared to the River Liffey and her name, Livia, became the Anna Livia Plurabelle of Finnegan’s Wake. Joyce acknowledged these connections in his letters more than once.

James Joyce put value on the Schmitzs’ critique of his work; not long after meeting them, he would show them drafts of novels he was working on. Letitza recalled that her mother was very moved by ´The Dead’ from Dubliners.

The Schmitz family support for James Joyce was not only creative but financial too. Neither Joyce nor Nora Barnacle were good money managers, a problem further exacerbated by the writer’s inclination to heavy drinking. Joyce called on Ettore for loans, as he did on many other of the citizenry of Trieste.

The Triestinos seemed to be tolerant, in my opinion, of the struggling Irish novelist who was in a constant state of arrearage. He had, after all, offered great support to a son of the city.

And more, James Joyce truly loved their city. So much so that he encouraged his siblings to join him in Trieste. Three did. Two, Eileen and Stanislaus, remained in the city. Their sister Eva got homesick and returned to Dublin after some years.

One cannot say which part of the city of Trieste was associated with James Joyce, for he is connected with the whole city! He frequently visited the city’s theatres, the opera house, historical sites, churches, book shops, taverns, and coffee houses. As well as other ‘less salubrious’ areas of the city. As well as enjoying walks by the sea and up in the hills behind the city. Of the many literary cafés he frequented, Caffè Stella Polare was a favourite. He frequently visited the Greek Orthodox Church of Saint Nicholas which has a spectacular view of the ocean.

Via San Nicolo had a particular relevance for James Joyce.

Umberto Saba’s bookshop Libreria Antiquaria Umberto Saba, located on Via San Nicolo, was the literary and intellectual centre of Trieste. The book shop was favoured by Joyce, Italo Svevo, and other of the city´s literati. The bookshop, still in business, is now located at No. 30 Via San Nicolo, the very same house in which James Joyce lived for a time and where his son Giorgio was born.

Lest one thinks these facts are known to me because I am one of those Joycean scholars, that alas is not the case. On a visit to Trieste last week, which was more to do with viticulture than high culture, I discovered these and many other facts about James Joyce’s life in Trieste.

I was taken by this beautiful, cultured, gentle city. I was taken by how some 110 odd years ago, the Triestinos welcomed a native Irish man to their hearts, recognised his talent, and tolerated his failings.

I felt at ease walking on the waterfront or through the same small streets or the elegant plazas that James Joyce had traversed some 110 years previously. It was always a delight to discover a statue of Joyce en route to somewhere, or see a reference to him in word or picture as I wandered about the city.

Whether for viticulture, high culture, or indeed no culture at all, Trieste is a city worth visiting. And an easy city to be a tourist in, especially if you are Irish! Indeed my German other-half observed that the faces of Triestinos would positively light up when they discovered that his wife was Irish.

We stayed at Hotel James Joyce at Via dei Cavazzeni, 7 in Trieste. And while I have no shares in the hotel, I am happy to sing its praises. Because it was, well, just perfect, located in the old city, with easy access to public parking nearby.

The hotel is located in a building from the late 1700s, so there is a nice 'old' feel to it. Although it is right in the centre of all the buzz of the old city, our room was very quiet. A bijoux of a hotel; it was clean, cool, and comfortable - and the shower and 'other bathroom facilities' had good pressure. And more the elevator worked - all the time!

The front desk staff were always helpful and gave us great suggestions on things to do and to enjoy in the area; a special thanks to Sara who impressed us with her big heart and multi-lingual skills.

And no, the Hotel James Joyce building was never a former home for the Joyce family or some such, in fact, it has no direct link to James Joyce at all. But the management of the hotel gave the hotel its moniker as a nod of respect to the Irish novelist who chose to make Trieste his home.