Whether through exhaustion or plain realization of political reality a border between on the Irish Sea could see Britain avoid a no-deal Brexit. 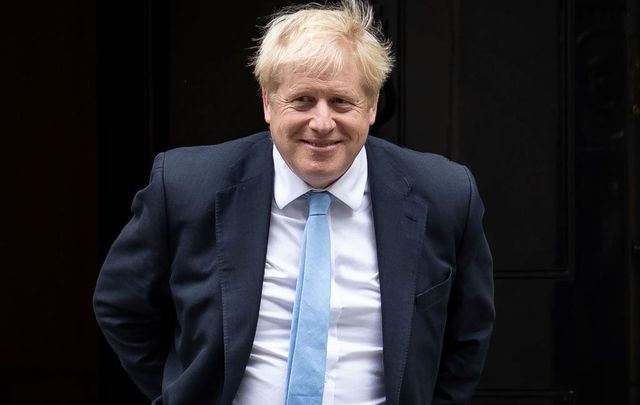 Whether through exhaustion or plain realization of political reality a border on the Irish Sea could see Britain avoid a no-deal Brexit.

It looks like a Brexit deal can be achieved against all odds, essentially placing the Brexit border down the Irish Sea according to Tuesday afternoon reports.

The rush is on to get an agreement before this Thursday's European Council summit, but that deadline can be extended as long as the deal is made before October 31.

If so that is very good news for Ireland and a major blow to the Democratic Unionist Party (DUP).

The DUP has threatened to vote against any deal that would not treat them the same as the United Kingdom mainland. However, it looks like they don’t have the votes and British Prime Minister Boris Johnson is prepared to turn away from them.

Johnson can pass the Brexit bill without the 10 unionist votes, observers believe. Even the Brexiteers, the most hardline Tory Members of Parliament (MPs) in favor of no deal, are coming round to the new deal whether out of sheer exhaustion or plain political reality.

If the unionists can't get the Brexiteers to vote against the deal, they are finished as a political force on the Brexit issue.

In the process, by their tactics, they have brought the idea for united Ireland close by revealing they have no intent on seeking consensus other than the catchcry, “No Surrender.”

That is a Lambeg drumbeat we have heard for a very long time, stretching back to the 19th century, but it seemingly runs no more.

The Telegraph reports that the deal is understood to “include key concessions from Boris Johnson on customs checks in the Irish Sea, although the precise nature of the mechanism has yet to be unveiled.”

No matter. Johnson has conceded a border in the sea with no internal customs posts or new land borders is his only ticket to Brexit victory. As we have noted in these columns, Johnson is no political idiot after all.

The deal, the Telegraph reported, is expected to contain a consent mechanism that will “delegate responsibility” to the Northern Irish political parties collectively as to whether they remain in the special arrangement with the EU or not.

Importantly, the Telegraph noted, one EU source said that the vote would take place “every four to six years. This creates the theoretical risk that Northern Ireland could vote to restore a hard border, but removes the DUP veto and any suggestion that Ulster could be trapped in the deal.”

Of course, there is many a slip between the cup and the lip and Johnson will have to win over some “leave” Labour Party MPs to vote against their own party policy.

But the change in mood music has been dramatic these past few weeks once Johnson faced up to the reality that only a border in the Irish Sea could stop a no-deal Brexit.

In the end, he was perfectly willing to shaft the DUP in order to get that reality.
Having lost out to the Orange Card on so many occasions, Irish nationalists at last look likely to succeed in their attempts to bring about a fair Brexit.

But there is much work to be done and tremendous potential for last-minute hiccups.

It was the Irish teaching the British lesson about getting guaranteed support as they did from the EU for their strategy of no land border. Hopefully, the British and unionists will have learned a thing or two about taking the Irish for granted.

Do you believe a Brexit deal will be agreed on in time? Will this Irish Sea border lead towards a United Ireland? Let us know your thoughts in the comments section below.