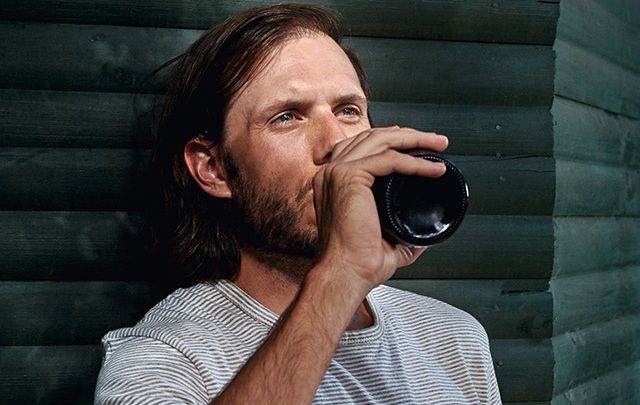 Do you take offense at the idea of an "Irish Thanksgiving"? iStock.

Have you ever heard of an “Irish Thanksgiving”? Urban Dictionary defines it as a 12-pack of Guinness to wash down a feast of Boston Market by yourself.

Let's be clear, Urban Dictionary, mind you, is a user-generated website that hosts "humorous" submissions of everyday things. I’m well versed in the typical Irish / Irish American Thanksgiving, which I’d imagine is nearly no different from the typical American Thanksgiving. I’m thankful to say that neither Boston Market nor Guinness nor being by yourself is involved.

The only thing making my family’s  Thanksgiving markedly Irish is my grandmother offering grace in Irish before we dig into our feast of turkey, potatoes, and turnips.

It’s no news that being Irish is stereotypically linked to having an affection for all things alcohol, making Urban Dictionary’s definition of “Irish Thanksgiving” none too surprising.

What interests me, however, about Urban Dictionary's definition is that it includes "by yourself." If there's one thing that's generally understood about Thanksgiving as well as being Irish, is that they're both marked by the joy of coming together in celebration. Sure the Irish (and Irish Americans) are always up for some craic in any shape or form, and Thanksgiving is a perfect opportunity.

Thanksgiving celebrated with my Irish / Irish-American family always means a house full of people - Irish and non-Irish - and food - Irish and non-Irish. I could never imagine either anyone being turned away from the celebrations nor anyone opting to be alone with a 12-pack and fast-food for the holiday.

Further, the Irish have developed an appreciation of Thanksgiving like almost no other nationality I can think of. Family friends of ours who’ve moved back to Ireland from America take Thanksgiving along with them, inviting their Irish friends over for feasts of turkey on Thanksgiving.

The wonder of the uniquely American holiday of Thanksgiving is that it isn’t tied to any one religion or ethnicity. It also seems to have oddly escaped much of the commercial hoopla that is associated with other holidays, such as Christmas. Materialism, thankfully, isn’t really tied to Thanksgiving in America.

By dubbing Thanksgiving as “Irish” by associating it with isolation and alcohol, one removes all the realistic connotations of what a modern Irish Thanksgiving actually is. For Irish and Irish Americans like myself, Thanksgiving is indeed more about time shared with loved ones rather than the avoidance of family in favor for Guinness and Boston Market.

What do you think? What does your “Irish Thanksgiving” consist of? Let us know below!