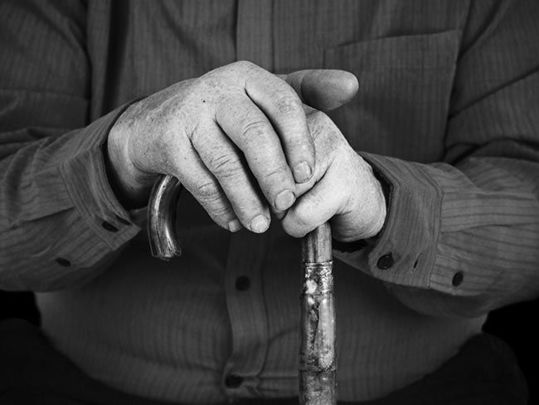 "The scourge of emigration which has haunted this land affects practically every family in the locality and more so at Christmas." Getty

Pat McGinn learns how to cope with having two sons abroad at Christmas time.

“Don't blow the tall white candle out
But leave it burning bright,
So that they'll know they're welcome here
This holy Christmas night!”

This is one of the verses from the beautiful poem “An Ciarrí Carúl Nollag” (“The Kerry Christmas Carol”), which is described as an evocation of an old Irish custom in which each household would leave a lighted candle in their window on Christmas night. It is the belief and hope that Joseph, Mary and the Child who would be wandering the roads looking for a place to rest, would know that they were safe and welcome.

Christmas is a very important time of year in Irish culture; it is a time of family unity and remembering friends everywhere.  Nowadays, whilst the lighted candle may be replaced by an electrically powered candle, that tradition still exists. In recent years, however, in homes like my own, people will be reflecting on who won't be home for Christmas rather than who is.

Both my sons are away from home this year. One has married and lives in England with his lovely wife. My other son, like many thousands of young Irish from across this island, is in Australia working.

In a recent “Skype” from Perth, he gave out to me that he could see no Christmas decorations up in the house. I had actually said to my wife not to bother much with Christmas as neither of our sons would be home. I have met many mothers and fathers from throughout this district who expressed the same sentiments. Yes, Christmas and all that goes with it can bring you down if you let it in on you. In other circles I hang about in we call it a “Pity Party.”

However, a trip to the much-maligned Newry Swimming Pool changed my focus. The first man I met in the steam room had buried his young son as a result of a car accident some months ago. That set me reflecting about people like young Dariush, whose lovely smile and presence left this earth nearly a year ago; the “Three Amigos,” three friends who lost their lives through suicide and whose fundraising night I attended during the year; young Rory Staunton, whose funeral I attended to let his family know that just as they cared about our “Undocumented Irish” in America, we now cared about them; my young American cousin Samantha, who at 28 died too young, and many many more Ar dheis Dé go raibh a n-anam: May their souls be at God's right hand.

It all became clear. The scourge of emigration which has haunted this land affects practically every family in the locality, and more so at Christmas. Yes, we miss you our sons, daughters, neighbors, and friends, but hey, we can Skype, we can phone, it will pass and as the Wolfe Tones sing “Those big Airplanes go both ways.”

For the families that have experienced the loss of a loved one, no such opportunity. They have to cope as best they can or even cannot.

So let’s get the Christmas Tree and decorations up, let us rejoice in the meaning of Christmas. I am proud of my sons and the many lads and girls I know who are now living and working away from Ireland. I look forward to the day that we can offer them here in the land where they were born, educated and raised, the gifts of hope and opportunity.

Until then “May peace and plenty be the first to lift the latch on your door, and may happiness be guided to your home by the candle of Christmas”

* Pat McGinn, from Camloch, County Armagh, is an IrishCentral reader. Originally published in 2012.

How does your family cope with being apart at Christmas? Share in the comments