Irish musician Hally discusses his battle to find his birth mother after being adopted from a Mother and Baby Home in Dublin in the 1970s. 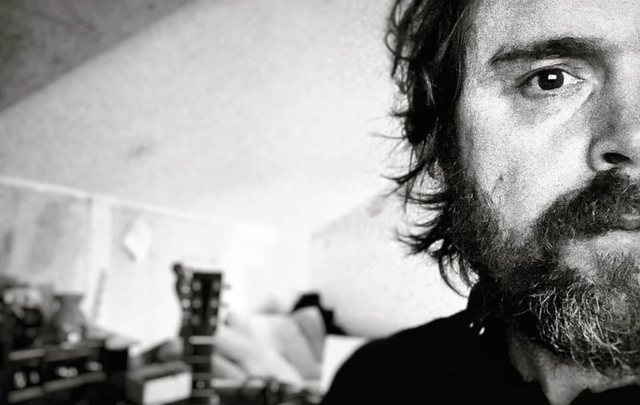 Hally, aka Paul Anthony Johnston, shares his story on being adopted out of a Dublin Mother and Baby Home. HallyMusic / Facebook

An online petition has been launched calling for an amendment to the Irish Civil Registration Act to give adopted people the right to access their birth certificates.

Editor’s Note: In light of the final Mother and Baby Home report published in Ireland on January 12, Irish musician Hally shared to IrishCentral this personal, brief account of his experience as a person who was adopted from an Irish Mother and Baby Home and the challenges he has encountered since.

Hally hopes his personal account will help to continue to shine a light on the deep sufferings of the Mothers and Babies who had the dreadful misfortune to occupy these homes. He additionally hopes to draw support to the "Birth certs for Adoptees NOW" petition to the Irish government.

On the 10th of December 1991, the day after my 18th birthday, I made my way into town from my shared flat on Upper Leeson Street. I walked hastily, excited, and full of fantasies about what I might discover that day.

I wrapped on the big red glossed door of the Cúnamh Adoption Agency (formerly CPRSI – Catholic Protection & Rescue Society of Ireland) on 30 South Anne Street just off Grafton Street. Eventually, the big heavy door was half-opened by what I assume was a young female secretary. I told her that I had phoned many times over the preceding years and that I was now 18 and legally of age to get the information pertaining to my adoption.

I asked to speak to a Ms. Anne Ronayne who had presided over my adoption. The young lady asked me to "wait a minute."

I was thoroughly unaware of my youthful naivety; I had no clue what I was about to encounter and the profound effect it was going to have on me.

The big door squeaked open again and a woman who I presume was Ms. Ronayne impatiently ushered me into a small foyer behind the door. I told her my name and I asked if she remembered me. I have a recollection of her saying that she remembered my "adopted Father was an inspector in the Police."

She asked what it was that I wanted, I told her I was here for my file or any letters my Mother might have left, keepsakes, etc.

In the most condescending passive-aggressive voice I had ever or since heard (apart from my last interactions with a social worker in Cúnamh in 2017) she replied, "I’m afraid your Birth Mother probably won’t want to hear from you and, in fact, it’s most likely that she is dead at this stage.

"However, if you still want to proceed with the tracing, there is a 4-year waiting list." 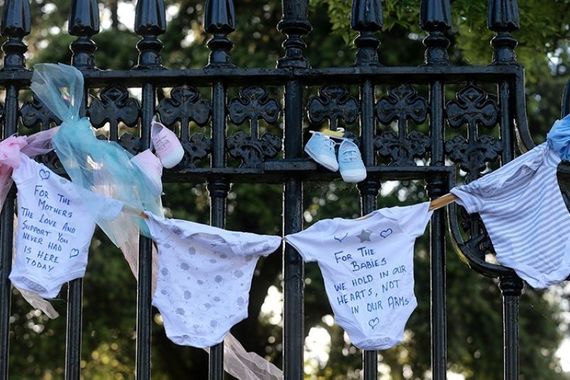 June 2014: Items of baby clothing were tied to the railings at Leinster House, where a vigil was held to demand justice for the mothers and children who endured cruelty at the hands of the State.

These words were spoken to me by the main woman responsible for the running of the Catholic Protection & Rescue Society of Ireland (Cúnamh Adoption Agency) on the doorstep of their premises. I walked down South Anne’s Street and exited the world into Kehoe’s Pub where my tried-and-tested method to block out the pain commenced.

I fought for 27 years with that agency to get my information and was rejected time and time again by a succession of sick Cathaholic social workers who claimed to be "just doing their job."

Eventually, a private investigator who worked with me (pro bono) was able to discover my ancestry.

My original birth certificate stated that my name is Paul Anthony Johnson and I was born in an outhouse shack up on the Navan Road, far enough away from the main building and the street so the screams of the women in labor couldn’t be heard.

I am the son of a tailoress from The Maryland’s in Dublin 8 who, when I finally met her in 2017, was so distraught as she tried to recount her experience in St. Patrick’s Mother & Baby Home that she couldn’t stop trembling, shaking, apologizing, and crying.

I’m not sure how I feel about the final report that was leaked and finally released on January 12, nor am I sure about our government’s initial response.

My thoughts are with the women who had to endure these Hell Holes, they suffered at the hands of society’s rejection of them and their so-called illegitimate kids.

A lot of these women were raped, coerced by overpowering misogynist men, or impregnated as a result of incest. Many were simply experimenting with their sexuality and as a result were terrorized by Church, State and Society.

I am one of the lucky ones. I got out alive and found a family that loved me and always made me feel "legitimate." 9,000 of my peers didn’t survive and many lie in unmarked mass graves.

It is not acceptable anymore for us as a people to continue to blame just the Church & State, we need to quickly grow up and accept our part in these atrocities. We continually voted these people in, we shook their hands at our doorsteps, we attended their Mass and put money in their baskets, we renovated their leaking roofs, we welcomed them into our homes, and gave them the best biscuits in our good rooms.

We let them christen our children long after we had found out the true extent of the sexual abuse they had bestowed on the most vulnerable in our society. We thronged to their church to get married.

We decided it was more important to protest water charges than denounce an institution and government that presided over the rape and abuse of our most vulnerable people.

And again we voted them in, time and time again. If this is not a mandate... then what is?