This is budget week in Ireland, although it seems almost an irrelevance this year given the looming crisis we face over Brexit. 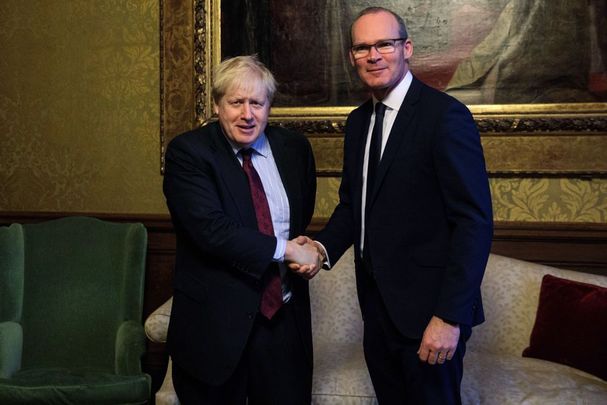 This is budget week in Ireland, although it seems almost an irrelevance this year given the looming crisis we face over Brexit.

Ireland will come back to the budget details next week, but the reality is they are so minor they will make little difference to the everyday lives of people here.  Given our debt mountain and rigid state spending that is not unusual.  Ever since the crash a decade ago, there's never enough money to change much in the budget.

But this year it's far worse because we don't know how bad Brexit is going to be for us -- it could be anywhere on the economic scale from mild downturn to severe recession.

Framing a budget for the next year in that context is a pointless exercise because you don't know what to plan for.  It should have been postponed for a month or two until the Brexit picture becomes clearer, despite European Union (EU) financial rules on when member state budgets have to be produced.

If the United Kingdom does crash out of the EU in a no-deal Brexit at the end of this month, then we in Ireland are into a crisis financial situation that will require major intervention if we are to avoid another economic collapse.  Even a soft Brexit will be no picnic for us.  So it's all down to Brexit, with the October 31 deadline now fast approaching and British Prime Minister Boris Johnson still saying that no matter what obstacles are put in his way, Britain will leave on that day.  Parliament has passed a law to prevent him taking the U.K. out without a deal, and Johnson is now looking for ways around this.

He is insisting he won't ask the EU for another extension and that a deal with the EU can still be done in time.  Last week Johnson finally produced his plan to make Brexit acceptable to Ireland and the EU, and it was met with little enthusiasm.  In some quarters here it was even greeted with ridicule.  We've made it clear that we cannot accept anything that brings back a border.

So what has Johnson done?  He proposed that instead of just one border there will be two!  There was a lot of incredulous head-shaking here at what the tousle-haired blonde had come up with.   But when the sneering is finished, the Johnson plan is one we need to consider very carefully before we throw our economic bathwater out with the Brexit baby. 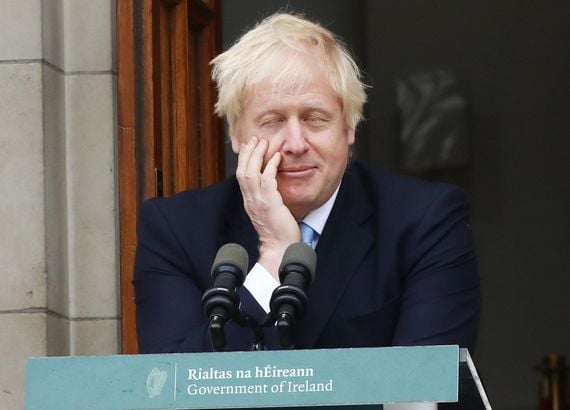 For the past few weeks Johnson's team had been saying that treating the whole of Ireland as an agri-food single zone that retained all EU standards would provide a solution for avoiding border checks for the biggest part of north-south trade.

The EU regulations in relation to food, live animals, drug use and so on are extremely complex, so if the same rules continue to apply on both sides this would be a major step in avoiding the need for a border in the future.  Last week in his plan, however, Johnson even went a step further and said that this should apply to all goods, not just those in the agri-food sector.

That would mean in effect that Northern Ireland would remain in the EU Single Market after Brexit, a significant concession by Johnson to try to get a deal done.

Even though for the North it would mean a border in the Irish Sea (in reality at the ports) to check if arriving goods met EU standards, the Democratic Unionist Party (DUP) seemed to be agreeing to it.  That is a significant breakthrough.  But there was a problem -- which is where the other border comes in, the land border between north and south.  Johnson’s plan was that Northern Ireland would stay in the Single Market (observing all the rules that enable free trade across the EU) but that it would leave the EU Customs Union with the rest of the U.K.

A sign protesting Brexit, at the Northern Ireland border.

And that would mean a land border would be needed in Ireland -- you cannot have two separate customs areas with different tax rates, etc. without a border between them.  No such situation exists anywhere in the world.

This is unacceptable to Ireland, despite Johnson's insistence that technological and other solutions away from the border could minimize the level of hard infrastructure needed on the border itself.  There is no doubt that such arrangements (like trusted trader schemes, cameras, on-line declarations, etc.) could work to some degree at least, but they could take considerable time to implement.  And they are never going to be perfect.

The EU is likely to want a watertight border in Ireland if we are to retain our place as a full member of the EU Customs Union.

There is another niggle in the Johnson plan as well which is causing some concern.  That is the proposal to give Stormont the right every four years to vote on whether the North should remain in the EU Single Market or move to whatever regulatory regime then operates in the U.K.

Because of the way voting is structured in Stormont that gives both the DUP and Sinn Fein a veto, although given the economic damage a reversal would do in the North it's hard to see either of them using it.  Viewed objectively rather than politically, the Johnson plan certainly has some merit.

Certainly it has more merit than anything Ireland has suggested since we have come up with absolutely nothing, preferring to stick to the position that this is all the U.K.'s fault so they must find the solution -- and whatever happens we will never agree to a border of any kind again in Ireland.   Which sounds good, but is completely unrealistic.

Adopting a lofty, uninvolved position will get us nowhere.  Nor will being patronizing about the bumbling Brits.  Finding a solution is just as vital for us as it is for them.  What is going on here right now is a huge gamble by Taoiseach Leo Varadkar, his Minister for Foreign Affairs Simon Coveney and the Irish government.  They -- and the EU -- are gambling that by being as awkward and unhelpful to Johnson as possible, they can prevent Brexit from ever happening.

They won't publicly admit that, although Varadkar let it slip somewhat last week when he made a reference to the polls in the U.K. now showing a majority for remain.    The game plan is that they give nothing away and reluctantly turn down the Johnson plan.  Johnson is forced by Parliament and the courts to seek an extension and is prevented from crashing out with no deal.  The EU implements a three-month extension (or even longer) and sooner rather than later, there is an election.

Johnson loses power and the new government goes back to the people in what effectively would be a rerun of the 2016 referendum.  Britain then votes to stay in the EU and the whole problem goes away.  To which all one can say is good luck with that!  It's a very high stakes gamble that could go spectacularly wrong, in which case Ireland will be the big loser, far more than any other country in Europe.

If it all goes belly up and Johnson wins the election, what then? He is well ahead in the polls and will campaign on a platform of standing up for the people against the establishment, the courts and Parliament who, he claims, are blocking the result of the 2016 referendum and undermining British democracy.

He could well come back a big winner and might be far less accommodating to us in the future as he takes the U.K. out of the EU.

It's also possible that we won't even get that far.  If Johnson is successful in finding a legal way around the Parliament decision to stop him, he could yet crash the U.K. out of the EU with no deal. Then we would have an immediate hard border in Ireland, enforced by the EU.    It's a high stakes gamble.  Whether it is reckless is a matter of opinion.  We're not playing penny poker here.  We're gambling the entire economy.