For the first time in living memory, and indeed probably ever in the history of the census of the 26 counties, which dates back to 1926, one question can remain unanswered - whether a person is male or female. 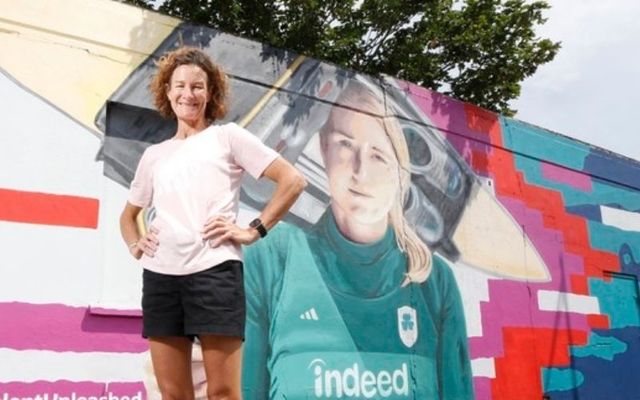 From early Monday morning, a temporary field team of 5,600 people was out on Ireland’s highways and byways collecting the returns from this year’s Census of Population. Every person who spent the night of Sunday, April 3 in Ireland is legally obliged to fill in their details and answer practically all of the 38 questions that apply to them.

However, for the first time in living memory, and indeed probably ever in the history of the census of the 26 counties, which dates back to 1926, one question can remain unanswered.  It’s not the most difficult question in the world to answer and there are only two choices.

So here’s the question: What is your sex? The options being male or female.

With a typically Irish solution to what most would consider a non-existent problem the census states, “If you are uncomfortable ticking one of these options you may signal this by marking both boxes.”

Let’s be clear – this is not a question about gender identity.  It is about biological sex.

The bureaucrats from the Central Statistics Office (CSO) who put this census form together have clearly botched it, and in so doing undermined both the accuracy of the census as well as their own credibility.  Gender will be assigned by lottery, a situation that satisfies no one, least of all those that require accuracy and precision to plan services for the future.

In their own defense, the CSO stated that it recognizes the importance of accounting for gender identity as distinct from sex and that work is actively underway to introduce a question on gender identity for the next census.

Five years to come up with one question. Really? Add incompetence to their list of failings.

A cursory look at what the British are doing in this regard would have saved a lot of angst.  They simply ask that if you are over 16 and the gender you identify with is different from your sex registered at birth you can then record your gender identity.

The CSO was clearly running scared of the transgender Pretorian guard that adopts a wasteland approach to real or imagined slights.  Ask Graham Linehan, the Dublin-born creator of Father Ted, the hit TV comedy show. Linehan had the temerity to stand up for so-called gender-critical feminists and has commented extensively on transgender issues.

On the BBC last week, he broke down and claimed that he had been a victim of cancel culture and had lost everything, his wife, family, and job, because of his stance on the issue.  Frankly, the scenario he painted sounded like a modern-day Salem, with those who challenged the wisdom of transgenderism banished rather than burned.

Linehan was particularly critical of the showbiz world for remaining silent in the face of the onslaught against him.  What keeps him going, he said, was the fact that he knew he was right.

During an interview a few days ago with the Daily Mail, Linehan elaborated.

“It's mad.  Politicians can't answer simple questions because these people (trans activists) have persuaded them it's complicated and difficult. It's not. All you have to do is stick to the principles we all know: the birds and the bees,” he said.

“People are terrified of getting into the debate, terrified of saying something wrong. If you disagree with them — if you say it denies biology or that it (the right to self-identify) is a gift to sex offenders and conmen who are able to completely erase any mention of who they previously were — they will try to destroy you.

He needn’t say that to Amnesty International in Ireland or the National Women’s Council, both of which signed a letter last year calling on politicians and the media to no longer provide legitimate representation for people with gender-critical views.

Yes, that’s the supposedly pro-human rights, pro-freedom of speech Amnesty, and state-funded National Women’s Council. We are paying handsomely for their intolerance.

We are also paying for the main proponents of transgenderism in Ireland, the Transgender Equality Network of Ireland (TENI), to lobby the government.  They received €1.24 million from the public purse between 2017 and 2021.

The organization, which has five full-time staff, and has an important educational remit, has repeatedly failed to file audited annual accounts on time and its funding is now on hold. Not a good look for a body that relishes the high moral ground.

But there are signs of a pushback against this cancel culture.  A straw in the wind was the recent referendum among students at Trinity College, that great bastion of liberal Ireland, which saw a paltry three percent of the total student population support a call to boycott The Irish Times because of perceived transphobia.

Unsurprisingly given that level of interest, the proposal did not receive the required support necessary to be carried out. A case of a serious overreach by the Students Union with their outrage not shared by the student population in general.

Irish Olympic silver medalist, track star Sonia O’Sullivan, entered the fray last week and argued in her Irish Times column that transgender athletes who have been born male should not be allowed to compete in women’s events as they have an unfair physiological advantage.  She was very clear and very certain and did not sit on the fence.  In truth, if female sport is to maintain any type of credibility it is the only answer.

“Women’s sport exists in order to allow women to compete on a level playing field against other biological born women; it is not a category one can transfer into,” O’Sullivan wrote.

“It all comes back to the reasons why we have a women’s sporting category in the first place. It’s so that women can compete against the same gender, at the same level. It’s why in most sports, women can’t compete against men, unless maybe when they’re riding a horse when it’s as much about skill as strength and power.

“If I was at my running peak, and a transgender female athlete came along in my event, of course, it would be a distraction. So much work has been done in recent years, particularly in this country, to give more respect and acknowledgment to women’s sport, the bar constantly being raised, elevating it to the same level as men’s sport, then something like this sets it back again, seeing a trans woman, within a relatively short time span, competing and winning as a woman.”

It should be noted that there is widespread agreement that gender dysphoria is an important issue and every support should be given to those who are caught in a situation where their gender identity does not align with their anatomical sex and that the prejudices and in some cases the violence faced by transgender people should be addressed.

But also, the whole question of gender identity, particularly the controversial concept of subjectively self-identifying, needs to be discussed openly and critically.  I suspect that there is a modicum of common ground but the zealots need to accept that there are alternative views, something they have not done to date. What are they afraid of?

The reality is that they believe that the only way they can have their opinions accepted is by imposing them on those who disagree with them.  But as Linehan, O’Sullivan, and others have shown, those with alternative views are made of sterner stuff.