Cash flows in Ireland this Christmas as government payments roll in

Irish people are basking in early holiday bargains and cost of living payments from the Irish government which are helping to fuel a spending spree, but how long will the good times last? 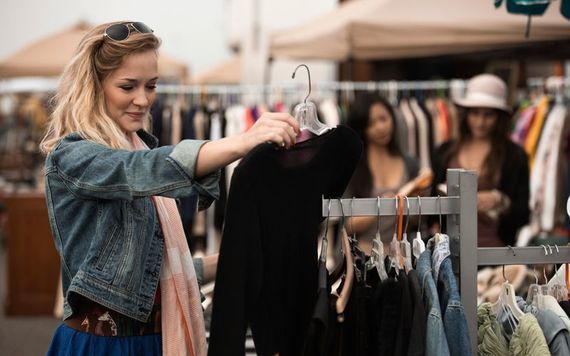 Usually, the stores wait until Black Friday before reducing prices, but in Ireland this year the sales frenzy started in early November as retailers attempted to wrench “bonus payment” cash from consumers as soon as it dropped into pockets or bank accounts.

So, last weekend streets were teeming with people and shopping trolleys were full. Half-priced goods especially in the grocery area were drawing people into supermarkets and retail parks, and while alcohol prices were reduced the roads to Northern Ireland were once again busy with customers seeking cost savings on drinks like beer which are subject to minimum pricing in the Republic.  Security personnel remarked that it was also the perfect time for pickpockets to ply their trade.

What has brought this about is the numerous one-off bonus payments that were announced by the government in its budget to help tackle cost of living increases. These extra payments are now in full swing.

In the last week, alone over 800,000 people benefited to the combined tune of €330 million, with individual payments ranging from €200 to €500.  The total cost of these measures is estimated to be about €1.2 billion, mostly to social welfare recipients and pensioners.  A further round of bonus payments is also scheduled for early December.

But it doesn’t end there, and in the words of a famous Irish TV catchphrase there is “something for everyone in the audience.”  Every household, regardless of income, will receive a €600 electricity subsidy payable in three installments.

This is big government with a capital G and bigger pockets to match.

You can’t really have your Christmas cake and eat it, can you?  The question now is, how great will the hangover be once the party is over?

Frankly, given the challenging international headwinds, nobody knows, but the signs are not good. Apart from the war in Ukraine, increased energy prices, the climate crisis, and rising inflation, there are some specific Irish problems that are on the horizon, not just Brexit and the housing crisis.

Unlike the U.K. which has had to borrow to fund cost of living supports, much of the surplus revenue used to fund these additional payments in Ireland came from the corporation tax paid by 10 companies who between them account for over 50 percent of the tax take. They include U.S. tech giants Apple, Google, Intel, Meta, and Amazon.

The portends are not good for the tech sector in general. Redundancies at Twitter, Meta, and Stripe, poor results at Amazon, and proposed cutbacks in Intel bring an unclear outlook into this area.

Practically all our eggs are in one basket and have been for some time despite repeated warnings from industry experts.  Such caution was ignored as successive governments aggressively and successfully concentrated on blue-chip tech companies.

Because of this, Ireland is in danger of suffering from what economists call idiosyncratic risk where an individual company setback has exceptional consequences for our public finances.

The thought of how their decisions might affect the Emerald Isle may not keep Elon Musk or Mark Zuckerberg up at night if indeed they get any sleep, but it should worry the hell out of our minister for finance. The tech sector, apart from the high percentage of corporation tax it brings in, also accounts for seven percent of all Irish jobs and 12 percent of our income tax take.

The multiplier effect of the loss of high earners on local economies also needs to be factored in.  Already on the main streets of our towns and cities, cafes, delicatessens, butchers and personal services are under enormous pressure due to energy costs.

While most commentators are optimistic that Ireland’s tech base can weather this storm and that profits will rebound, do we really want to be at the mercy of the mercurial Musk?

Given the cyclical nature of industries, a pertinent question to ask is what is plan B in the event of potential negative shocks in the tech sector here? As we speak there does not appear to be one, yet it’s vital that we have a strategy and resilience to cope with an uncertain future.

A government white paper on enterprise policy is due out within the next few weeks. It needs to be more expansive in its ambition for the country; in particular, any new industrial policy should concentrate on scaling up our indigenous companies and sectors and helping them become more export-orientated.

Food and drink is in many ways still the Cinderella industry as far as government bodies are concerned, and it is well past time when they should concentrate resources and expertise on one agency dealing with this sector rather than three.  The vested interests in semi-state land need to be called out on this one.

This is not an either-or proposition between tech and food. It is galling, and not in the national interest, that IDA offices around the globe are by and large precluded from actively chasing potential food companies because of inter-agency rivalry.

Decisions for the future they seem to be, while the government basks in a temporary glow of approval bought by corporation tax receipt months.  In a normal election cycle, such a financial stimulus would be a precursor to a general election.  However, the only political change we are likely to see in the next while is the planned handover of the taoiseach’s position from Fianna Fail to Fine Gael and the reshuffling of ministers.

Nonetheless, I would expect government poll ratings to increase over the coming couple of months. This, after all, will be the first holiday season in three years where Covid restrictions will not apply.

The cha-ching of the cash registers might have been replaced by the silent hum of debit cards, credit cards, and touchless payments but the results are still the same: satisfied consumers ready to celebrate Christmas.

Now, what scrooge would want to put a dampener on that?