"The minimum price legislation is but a prelude to a wider discussion on how to legislate for drink and, in particular, how we can modernize our licensing laws." 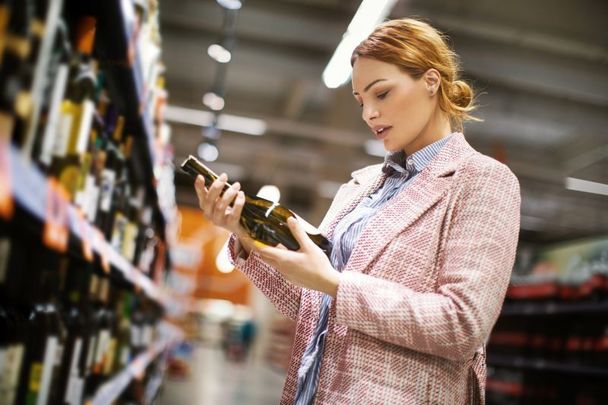 On January 4, in a move designed to curb binge drinking and improve public order, the Irish government introduced minimum pricing for alcohol sales and at a stroke added dollars onto the price of popular beers and cheap spirits.

Overnight, the cost of a promotional pack of 24 Budweiser cans went up from $20.50 to $46.50, a staggering 126 percent increase. Cheap wine and vodka saw similar price rises as the state imposed an additional expense on a bemused public.

Bemused because the increase does not go into public coffers where it could have been used to perhaps improve the health service. Instead, apart from a slight increase in VAT, the additional revenue goes straight into the tills of the off-licenses and supermarkets who effectively enjoy a quasi-monopoly.

This transfer of wealth into their pockets comes mainly from the poorer consumers of low-priced alcohol as well-healed customers such as fine wine connoisseurs and champagne-quaffing Irish diplomats are left untouched by these increases.

In welcoming the change, Irish government ministers were in a self-congratulatory mood. This, we were told, was a measure to ensure “cheap strong alcohol was not available to children and young people at pocket money prices.”

The government was proud that “Ireland was among the first countries in the world to take real action to help those who need it the most.”

While some of these objectives may be met by increasing prices, it is clear that far from this being the first attempt to deal with problem drinking, it is the latest in a line of failed initiatives and redundant legislative interventions.

Make no mistake, excessive drinking among young adults is at a crisis point. A survey carried out by the charity Drinkaware showed that levels of binge drinking almost doubled among those aged 18 to 24, climbing from 16 percent in 2020 to 31 percent in 2021. While much of the increase can be put down to lockdown blues, there is real concern that harmful drinking patterns are becoming normalized.

But Ireland has a considerable body of legislation to curb underage drinking, and yet there is hardly a town or village in the country where young adults under the age of 18 cannot purchase alcohol. Sanctions against a premises for selling to underage customers, up to and including a loss of license to trade, are rarely imposed.

Drinking on the streets is officially banned by local by-laws which are ignored with impunity, and young people who participate in anti-social behavior can be confined to home and away from the town center or other hot spot locations. Again, they are laws that are never implemented.

In the case of dealing with problem drinking, it’s not so much zero tolerance by the guardians of the law as zero respect for them.

The real problem with the latest approach is that cheap booze is still available across the border in Northern Ireland, and already sellers of drink up there are gearing up for an expected bonanza. How long this windfall from the south will last is not clear as a consultation process on minimum pricing for alcohol in Northern Ireland is expected to report soon. However, we can be sure that the business community in the six counties will be in no hurry to cover Irish government blushes.

In the meantime, there is grave concern that heavy drinkers will cut down on other household expenditures, support smuggling, or switch to the use of legal and illegal drugs.

If the kick can’t be got from alcohol, what will replace it? As a number of mental health professionals have pointed out, cutting supply does not solve the problem of addictive personalities.

While the government on the one hand takes the high moral ground in terms of restricting the sale of alcohol, on the other hand, it is making a virtue out of liberalizing our drink laws. In that respect, the minimum price legislation is but a prelude to a wider discussion on how to legislate for drink and, in particular, how we can modernize our licensing laws.

Based on legislation dating back to pre-Victorian times and a puritanical ethos, the limitations the Irish government imposes on public house ownership and operation hours are the most restrictive in the EU. Under Irish law, there is a requirement that an existing public house license must be handed back before a new license is granted. New entrants and competition are therefore actively discouraged.

In relation to closing times, unless a venue has special permission you cannot legally buy a drink in a pub after 11:30 p.m. during the week or 12:30 a.m. at the weekend. This in turn causes headaches for nighttime policing as everyone spills out on the streets at the same time, vying for taxis, buses, and fast food.

Not everybody is complaining though, as having the authorization to own a pub is effectively a license to print money, especially in our larger towns and cities where they can operate without fear of new pubs coming on the scene.

An online consultation process is now underway and the views of the public are being canvassed by the government. This process is due to close this week.

If the trade is deregulated then this will allow for a properly functioning market, real competition, and a vibrant nighttime economy, making it easier for cultural venues such as theaters, galleries, and exhibition spaces to get licenses.

Along with implementing the strict laws that are there to deal with underage and binge drinking, a real transformation in our relationship with drink will have some possibility of developing.

It will require a change in attitude from both consumers and the government. It means that the powers that be need to treat the public as adults, and we, in turn, need to act like adults.

But that, as we all too sadly know, is not always easy when alcohol is around.

*This column first appeared in the January 19 edition of the weekly Irish Voice newspaper, sister publication to IrishCentral. Michael O'Dowd is brothers to Niall O'Dowd, founder of IrishCentral and the Irish Voice.