I blasphemed in Ireland, and I've got the pics so jail me 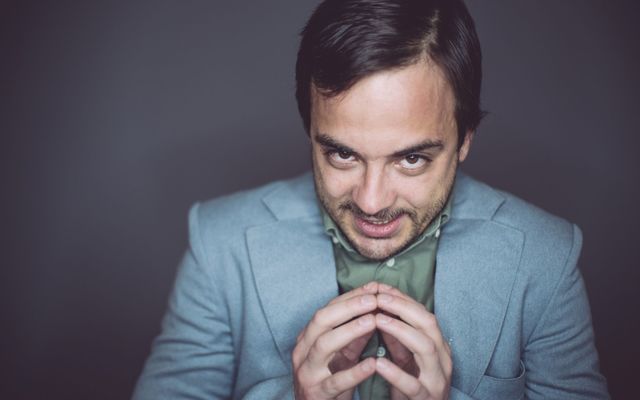 I’m guilty. I admit it. I broke the law. I did so knowingly and deliberately. But in my defense, the law is terrible. Getty

I’m guilty. I admit it. I broke the law. I did so knowingly and deliberately. But in my defense, the law is terrible.

In Ireland, one of the loveliest countries I’ve had the good fortune to visit, blasphemy is illegal. It says so in the Irish Constitution:

Well, on a recent trip to that beautiful country, I uttered what might be considered the ultimate blasphemy, writing: "There is no god."

Actually, I put on a postcard to my co-workers at the Freedom From Religion Foundation, a non-profit in the United States dedicated to keeping state and church separate and educating about matters of nontheism. In full, the postcard read, “Greetings from Ireland! Blasphemy is illegal here, but there’s still no god. Cheers.”

Prosecutors and believers might disagree about whether this even rises to blasphemous levels, but we’ll get to that serious problem momentarily. I also mailed this from a post office in Clonakilty that was once a church, so it’s doubly blasphemous.

Thankfully, the blasphemy provision will be subjected to a referendum on October 26 (on the same day as the Presidential election) and we can only hope that it will receive the same treatment as the abortion ban, which was overturned by a 2-to-1 margin.

Thoreau’s masterful essay on Civil Disobedience says that unjust laws exist, and then it asks: “shall we be content to obey them, or shall we endeavor to amend them, and obey them until we have succeeded, or shall we transgress them at once?”

When it comes to laws that seek to curtail speech, confine thought, and protect supposedly omnipotent beings, surely the latter is the correct course.

The abiding sin of blasphemy laws is that, by limiting criticism of religion and god, they seek to limit thought. As Orwell explained, “the whole aim of Newspeak is to narrow the range of thought.”

At their tainted core, they are that most loathsome and dangerous of all laws, thoughtcrime. By narrowing the range of thought, Big Brother would eventually “make thoughtcrime literally impossible, because there will be no words in which to express it.”

The church/post office where it was mailed. Image: Andrew L. Seidel

That was one of the points of my postcard, outlawing speech is meant to limit thought. And any law that seeks to control and constrain human thought is tyrannical.

Of course, quoting an English author, even one so great as Orwell, may not be the way to persuade an Irish reader, so you should know that some of Ireland’s greatest poets and authors have had trouble with blasphemy. Oscar Wilde, James Joyce, Augusta Gregory, Bernard Shaw, WB Yeats, and Jonathan Swift were all thought blasphemous by some authorities. Frank O’Connor was accused of blasphemy for his 1946 translation of the poem, The Midnight Court, as were Brendan Kennelly, and Brinsley MacNamara (John Weldon).

Lately and perhaps most famously, the Gardaí investigated Stephen Fry for saying, correctly, that any god who allows children to suffer through bone cancer is “capricious, mean-minded, [and] stupid.”

Both Fry and I offered up thoughtful opinions, but were we blasphemous? Some might say we were both guilty of being illegally irreverent. Others might think Fry’s pointed barbs are more offensive than my postcard atheism. Or vice versa. Hopefully, most would likely say that neither of us was.

In Ireland, blasphemy can cost you $30,000. A referendum could change that. https://t.co/LixtojdqEq

This illustrates why blasphemy, by its very nature, is a poorly defined crime. That vagueness is ripe for abuse. That is why treason as a crime is defined in the American Constitution. Treason, or any other crime, if poorly defined, “furnishes an opportunity to unprincipled courtiers, and to demagogues equally unprincipled, to harass the independent citizen, and the faithful subject, by treasons, and by prosecutions for treasons, constructive, capricious, and oppressive,” explained James Wilson, one of America’s founding fathers in a 1791 law lecture.

For Irish citizens, this danger is exacerbated by the 2009 blasphemy law, which ludicrously defines the crime in relation to an unspecified number of touchy citizens. Blasphemous statements are those “causing outrage among a substantial number of the adherents of that religion.”

This is a recipe for mob rule and oppression. It encourages people to give in to reactionary outrage rather than reason and debate and it incentivizes religious leaders to whip up fury instead of tolerance and understanding.

It’s not easy for a country to overcome its past. History can weigh us down, like a millstone around the neck, to borrow from the gospels. America struggles mightily with its past, so I understand—and commend—Ireland’s battle with its blasphemy law. The rule is outdated, tyrannical, and a ticking bomb suitable for nothing but exploitation.

That law and the sentiments the blasphemy ban embody do not reflect my experience in Ireland. I found a beautiful country full of lovely conversationalists. It seemed to this traveler that this restriction is unworthy of Ireland and the Irish people and it’s time it was repealed.

Andrew L. Seidel is an American attorney that specializes in the legal relationship between state and church; and free speech. I often write on these issues, including in popular outlets such as Religion News Service and ThinkProgress, and in more scholarly venues like Constitutional Studies and the Education Law & Policy Review.

What are your thoughts on the blasphemy law? Let us know in the comments section, below.