Worldwide publicity surrounding the Stephen Fry story delivered a major black to eye to Ireland and its liberal image. 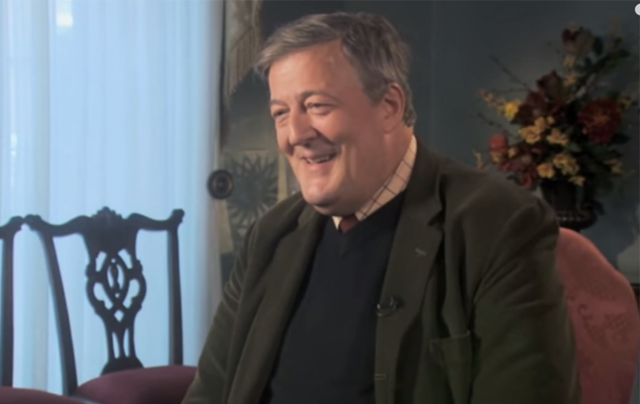 Stephen Fry spoke about his feelings on God on RTE's "The Meaning of Life." RTE

The decision by the Irish legal system not to pursue the blasphemy case against British commentator and comedian Stephen Fry was the correct one.

In fact, the original decision to seek prosecution and to have Irish police investigate Fry was absurd beyond belief.

It often seems like Ireland takes three steps forward and three steps back, passing a gay marriage referendum two years ago yet also passing a law that made it illegal for free speech on the matter of religion.

Of course people were upset that Fry questioned the existence of God.  During an appearance on an Irish TV show in 2015, Fry stated that if he did exist, he seemed to be a very callous creature. He also called God as “stupid” and an “utter maniac.”

Fry instanced children with bone cancer as one example of a very vindictive God who would visit such pain and horror on a family.

We all know instances when God seemed remarkably absent: the Holocaust, the Armenian massacre and the Irish Famine just to name three historical atrocities.

It is a perfectly legitimate argument that God does not exist, and that if he does, he is far more likely to punish than to save human beings.

Fry was merely articulating an argument that goes back for millennia as to whether or not God did exist.

The stupidity of the Irish government in creating a law that allows people to be prosecuted for blasphemy is truly stunning in this day and age.

It puts the government in the very same orbit as countries such as Saudi Arabia and Pakistan, where criticism of the Prophet Mohammed can actually lead to death or imprisonment.

The 2010 Irish law was introduced after comedian Tommy Tiernan made some very risqué Bible jokes on Irish national television.  Instead of ignoring the fact that Tiernan was merely exercising his right to free speech, the Irish government doubled down on a 1937 law that forbid blasphemy.

We wonder what genius in the Department of Justice came up with that scenario. The extraordinary thing is, the 2010 vote passed without dissenting voices.  Indeed, there was even no discussion about it.

There the law stood for several years with no prosecutions until two years ago when a citizen complained that Fry’s remarks were blasphemous and that he should be prosecuted as a result.

The absurdity is that the Irish police decided to pursue a criminal investigation – this from a force that is under severe scrutiny at present about its own actions, mainly against whistle blowers and covering up evidence.

The worldwide publicity surrounding the Fry story delivered a major black to eye to Ireland and its liberal images, the likes of which the country hadn’t seen for some time.

Fortunately the powers that be, mindful of the long-term negative impact, decided to act and drop the prosecution.

The matter should not end there, however. There is clearly a need for a national referendum on whether or not the people of Ireland agree with having the issue of blasphemy enshrined in their constitution.

The answer, we suspect, would be a resounding no. But that did not stop over-zealous police and investigators from pursuing Fry anyway.

To say it was illogical and wrong to do so is an understatement.  Attacking the right to free speech, even when it is offensive, is a line that no government should ever cross.

The Irish have learned a hard lesson in that respect.