Hypocrisy in America on the left and right

Rumor has it we are a nation divided.  Republican vs. Democrat. Pro-impeachment vs. anti-impeachment.  Urban vs. rural. Everybody angry, yelling. 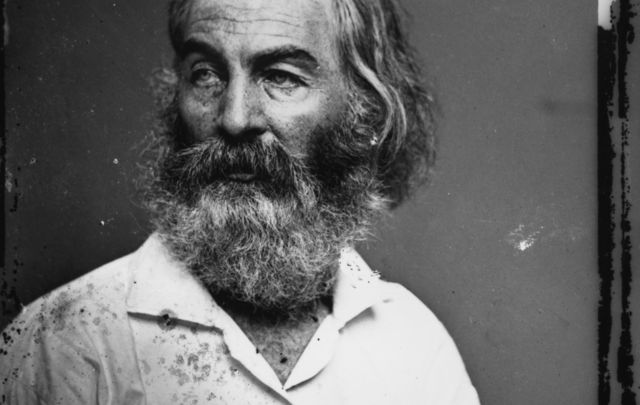 Rumor has it we are a nation divided.  Republican vs. Democrat. Pro-impeachment vs. anti-impeachment.  Urban vs. rural. Everybody angry, yelling.

Well, the next time you want to get all righteous and riled up, maybe glance in the mirror first.

In the interest of extending an olive branch, having been accused of being an anti-Trump, knee-jerk lib-tard, I will begin by exposing certain hypocrisies on the left side of the political aisle.

A recent blog post noted that October is LGBTQ History Month, and so “HRC is remembering Walt Whitman, an LGBTQ poet whose works celebrate democracy, love and the rich diversity of the American experience.”

The post also notes that this year marks “Whitman’s 200th birthday,” so “cities, libraries, and communities across the country are sharing Whitman’s...messages of love and unity.”

Pretty shameful that such a progressive group would honor an anti-immigrant poet.

“Bands of filthy wretches,” Whitman once wrote of Irish immigrants.  “Drunken loafers…disgusting objects bearing the form human, but whom the sow in the mire might almost object as companions -- these were they who broke into the midst of a peaceful body of American citizens.”

What Whitman poem is this?  “Let’s all / Build the Wall”?

“We saw Irish priests there,” Whitman continued, “sly, false, deceitful villains, looking on and evidently encouraging the gang who created the tumult.”
Good thing “cancel culture” wasn’t a thing back in Famine times.

Oh, but don’t gleefully gloat Trump lovers.  Not only might you choke on your deep-fried bacon, you’ve got problems on your side of the fence, too.

“Our social services used to build character,” a recent headline in the New York Post read.  “Now they promote a culture of blame.”

Written by Howard Husock, a vice president at the conservative Manhattan Institute think tank, the article begins, “In the mid-19th century, Charles Loring Brace, the son of a Connecticut school teacher, moved to New York, determined to do something about the wave of children he saw living on the streets of lower Manhattan, selling newspapers and shining shoes.”

Husock continues, “Brace opened the Newsboys Lodging House…(and) would do much more than provide a clean bed. He opened savings accounts for the kids, gave them books and healthy food -- all part of a larger vision.”

Husock praises Brace for focusing on self-reliance and self-improvement, rather than blaming “society” and shaking down the government for welfare handouts.
Fine.  But Husock never gets around to mentioning that Brace -- founder of the Children’s Aid Society -- had another “vision.”

“The society...was not merely a compassionate agent of charitable relief to ‘poor, abused and homeless children,’ but an active partner with the courts and Protestant proselytizing societies in seeking to ‘redeem’ Irish Catholic children from a cultural-religious identity considered destructive of personal virtue and moral behavior,” novelist and historian Peter Quinn once noted in a letter to The New York Times.

In Ireland, they called it “taking the soup.”  When Protestant evangelicals, um, suggested Catholics convert in order to feed their families.

These right-wingers get their knickers all twisted when lefties dare to critique the Catholic Church.  And yet, here’s one idolizing an activist with a rather lengthy anti-papist rap sheet.

So, to all of you angry, righteous devotees of Fox News or MSNBC.  Remember. Be careful with your heroes. They may be no better than the folks on the other channel.