Green Party’s goals for Irish gov out of touch, for now 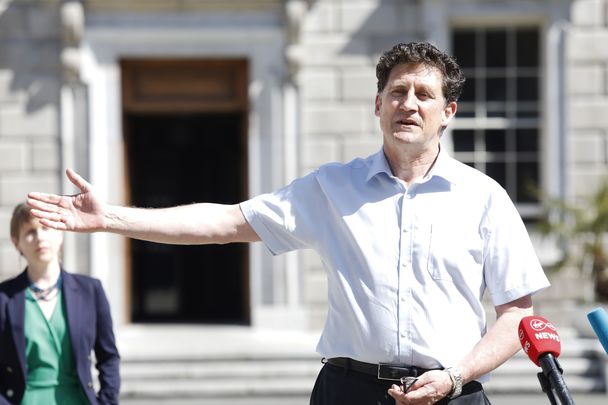 The Green Party's list of demands might be desirable but they're certainly not practical right now - amid the COVID-19 pandemic and an upcoming economic depression.

Last week, to the great relief of everyone here in Ireland, Taoiseach Leo Varadkar outlined the pathway from lockdown to a phased reopening of the economy and a gradual return to a somewhat normal life.

It won't be normal as we used to know it, of course, because there will still be restrictions and social distancing.  Until there's a vaccine, there will be no complete back to normal.

The pathway will be in five three-week phases, from May 18 to August 10, at which point the economy should be almost fully open again.  Since it does not start until May 18 this means we have to remain in lockdown for another while, although some concessions have been made with old folk now allowed out for exercise (but not shopping) and the non-essential travel limit for the rest of the public extended from two kilometers to five kilometers. 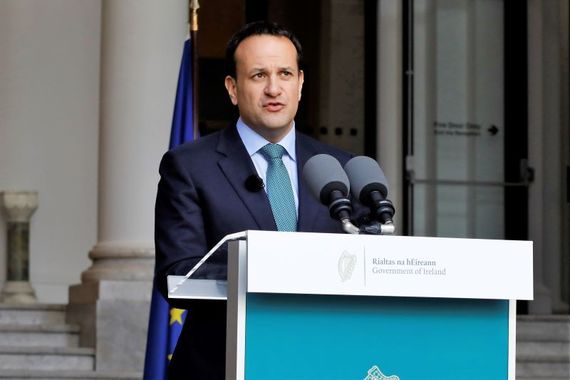 Phase one begins on May 18 with construction and other outdoor workers back, as long as social distancing can be observed.  Garden centers, hardware stores, and some other shops will open, all with social distancing. Non-contact sports like tennis and golf will resume and people will be able to meet in non-family groups of four.

Phase two will follow on June 8 with more shops open, the travel ban extended to 20 kilometers and the over-70s allowed to shop again (with masks and gloves).

Phase three, from June 29, will allow non-essential stores to open as well as playgrounds, and more sport will return behind closed doors.

Phase four, from July 20, will see crèches open again, as well as contact services like hairdressers.  Football will be back again but the number of spectators will be limited.  Hotels will reopen on a limited-occupancy basis.

Read more: Irish WHO boss says US has produced no evidence of coronavirus origins in Wuhan lab

Phase five from August 10 will allow larger social gatherings (for sports, music festivals, etc.) and pubs will reopen but with social distancing enforced.  Almost all of the economy will begin to open again at that point with all sectors back at work.

One exception is schools that will remain closed until the next academic year begins in September, apart from Leaving Cert students who it is hoped will be back to do their exams in July (essential to sort out college places later this year).

All of this provides some clarity and it was badly needed because lockdown fatigue is becoming a problem with some people being tempted to break the rules.  Now that the light at the end of the tunnel is visible, most people will hang in there rather than jeopardize the progress we have made in containing the virus.

That progress is being maintained with deaths now down to 20-30 on most days and 300-400 new cases being identified. Testing is being ramped up and it is intended that when phase one begins on May 18 we will be doing at least 100,000 tests a week, with follow-up contact tracing when cases are identified.   That is seen as an essential part of the pathway back.

So, in general, there is a more positive mood here now, with hope of replacing fear and despair.  How much long-term damage will be done to the economy remains to be seen, however, and it is likely to be very significant.

For small businesses and the hospitality and tourism sectors in particular, the impact will be devastating.  Many restaurants, bars, and hotels are already saying it will be impossible for them to make a profit even when things go back to "normal" because of social distancing.

To try to protect jobs the government last week announced a huge support package for industry and businesses worth billions of euro, this is in addition to the already introduced income supports for laid-off workers and wage subsidies for companies. It's unlikely to be enough.  And with tax revenue going through the floor and state spending going through the roof, the present caretaker government is up against it.

This makes it absolutely vital that we get a new government in place here as soon as possible, one with stability and authority.  It's now three months since the election and we are still waiting.  Critical and very difficult decisions lie ahead.

As the Minister for Finance Paschal Donohoe admitted last week, making and implementing these decisions will be beyond the capability of the present caretaker government. 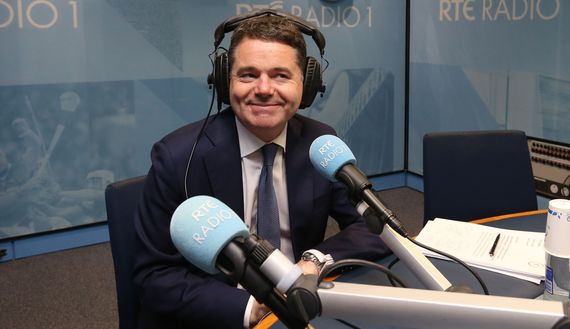 All of which underlines the importance of the decision by the Green Party last weekend to enter talks with Fine Gael and Fianna Fail about forming a coalition.  Whether the talks will come to anything remains doubtful, but at least something is happening at last.

The combination of Fianna Fail, Fine Gael, and the Greens, with the addition of a few independents or a smaller party, offers the only real possibility of a stable government for the difficult months and years ahead.  But the Greens, as usual, have their heads in the clouds.

We all know that climate change is an existential challenge for the human race and one that has to be tackled.  And we all know that time is running out and that global action is urgently needed.

Read more: Trump vows to bring pharmaceuticals back to the USA, targeting Ireland

But right now, in the middle of the COVID-19 pandemic, is this the time to be pushing that agenda ahead of the health and economic crisis we face?

Two weeks ago Fianna Fail and Fine Gael agreed an outline policy document for a future coalition between them, with a lot of vague promises about house building, the health service, a fairer society, improved public services, and so on.  It also included aspirational references to tackling climate change which were clearly aimed at attracting the Greens.

In return, the Greens produced a list of 17 demands mainly focused on the climate change agenda.   The key demand is for a seven percent annual reduction in carbon emissions in Ireland, more than twice the target set by the present government which was already regarded as highly ambitious. 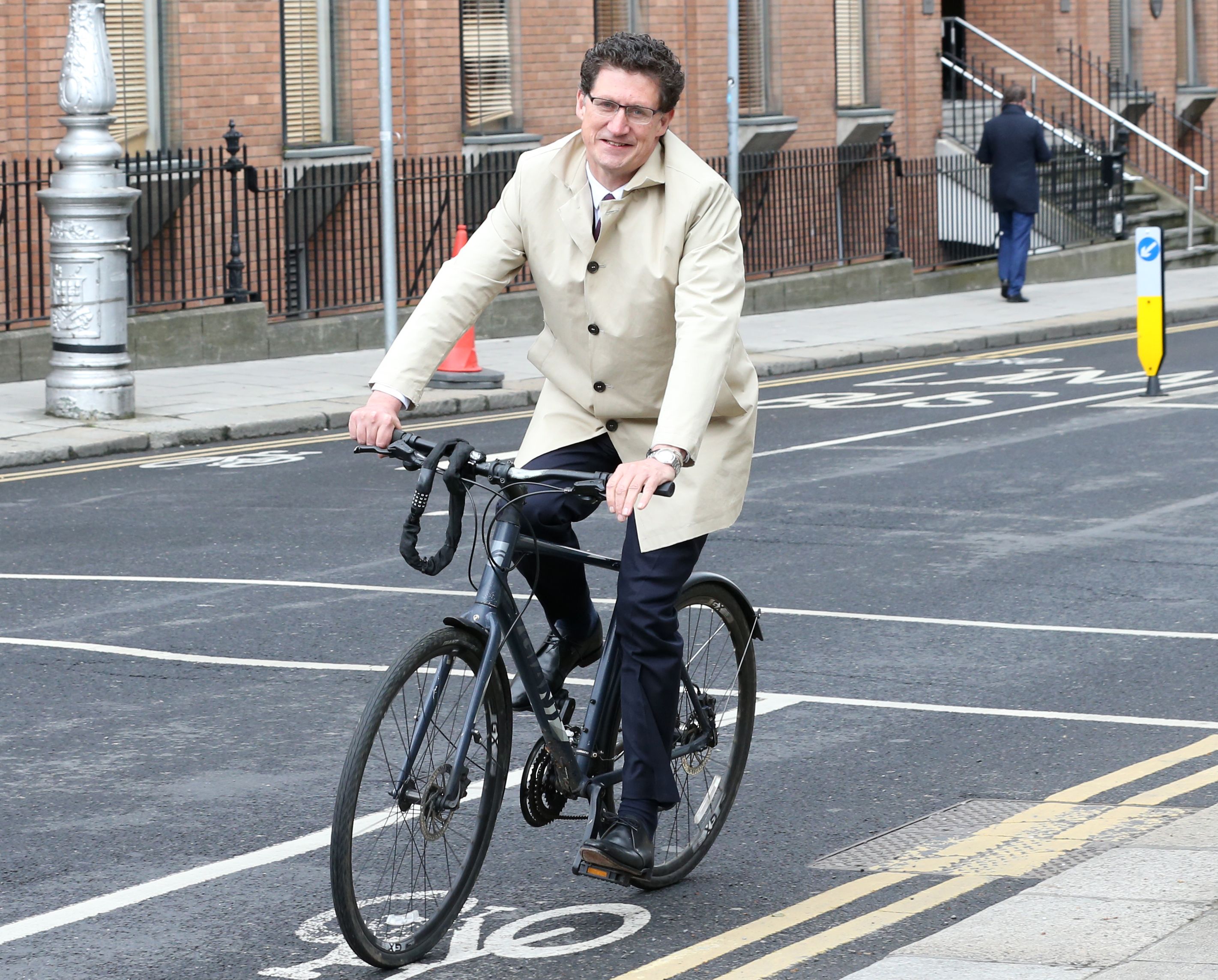 A seven percent annual reduction would get us to a 50 percent fall in our carbon emissions by 2030, which is in line with the Paris Agreement and our EU obligations. That is very laudable and desirable, of course, but is it practical right now in the teeth of the COVID crisis?

To achieve it we would have to spend billions on alternative energy to replace fossil fuel use, on retrofitting homes, switching the whole country from private cars to public transport and much, much more.  Since agriculture here, especially the beef and dairy sectors, produces 20 percent of our total national emissions, we would have to transform our farming into less intensive systems which would cost us even more billions.

At the very time when oil and gas prices are at record lows the Greens want us to ban their use.  And that's not all, because the list on the Green agenda goes on and on.   Much of it is desirable, but that does not mean it is practical, especially now.

There are two problems.  First there is the cost. The Greens claim that these changes will end up saving us money, but these savings would take years to achieve and they would cost countless billions up front -- retrofitting every home in the country with insulation, heat pumps and solar panels is one example.  And the overall change would also require people to accept a radically different lifestyle, with lower incomes and consumption levels.

If we had billions to splash about it might be achievable.  The reality is that the COVID crisis means we will be in deep financial trouble and will have to borrow vast sums to sustain our population through this nightmare and then rebuild our economy when it is over.  We don't have the billions at this point to spend on the Green agenda.

The second problem is the rest of the world, all the other countries which are also grappling with the COVID crisis.  How many of them will stick to the commitments they made under the Paris Agreement given what they now face?

Politics is the art of the possible, and you can bet most other countries will be concentrating on their own immediate needs in our COVID blighted world.   So even if the Greens get their way here and Ireland did reach a 50 percent reduction in our emissions by 2030, would the rest of the world be there with us?  If not the impact on global emissions would be negligible.

To take one simple example, if we were to slaughter all our cattle, one probable result would be that the Brazilians would burn down even more rainforest to graze vast herds of cattle over there to supply the resulting gap in the international beef market.

Nothing is simple and everything is connected when it comes to climate change.  If the world is to take effective action it has to be concerted change on a global basis. And in this new COVID cursed world that may be impossible to achieve at least for the next few years.

In all of this it is also worth remembering that the influence the Greens may have here at this moment is an unforeseen result of the election.  They got seven percent of the vote and 12 seats, a good performance for them but far behind Fine Gael, Fianna Fail and Sinn Fein which ended up in a three-way tie.

The Green influence now is completely out of proportion and even more so when you remember that during the election, one opinion poll revealed that climate change was the top priority of just six percent of voters.  And that was before COVID.

Difficult negotiations now lie ahead as Fianna Fail and Fine Gael try to get the Greens to modify their demands and deal with the immediate grim reality we face. That won't be easy so it looks like we are still weeks away from having a new government, one that is desperately needed to tackle much more than climate change.