Trump vows to bring pharmaceuticals back to the USA, targeting Ireland

President repeated promise to move pharmaceutical manufacturing back to America specifically referring to China and Ireland. 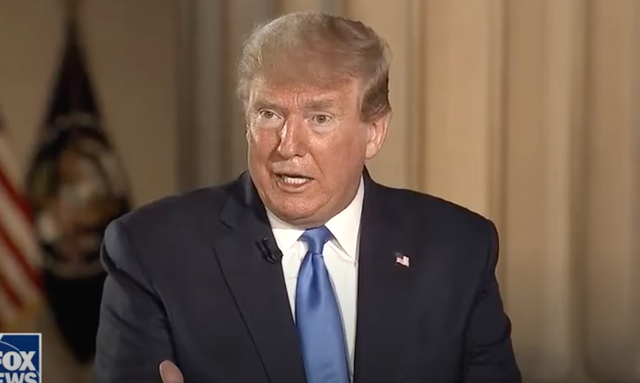 President Donald Trump repeated his promise, on Fox News, to move US pharmaceutical manufacturing back to America specifically referring to China and Ireland.

Speaking with Fox News on Sunday evening President Donald Trump reiterated his promise to bring pharmaceutical production back to America, targetting Ireland alongside China, when questioned about his country's dependency on drug manufacturing abroad.

He said “It’s not only China, you take a look at Ireland. They make our drugs. Everybody makes our drugs except us."

“We’re bringing that whole supply chain back. Nobody has to tell me to do it, I’ve been talking about this for years.”

At least 94 percent of America’s medicines are made abroad. The President says he plans to bring that back to the United States within two years.

He added, “We’re all about America first."

Ireland is a major exporter of medical supplies to the United States. Ireland exported $53 billion worth of pharmaceuticals in 2019, which is 31 percent of Ireland’s total exports. Most of it went to the United States and was produced by American companies based in Ireland.

Read more: Joe Biden is an innocent man accused of a sexual assault over a quarter of a century ago

Responding to the US leader's comments, the Irish Ambassador to the US, Daniel Mulhall tweeted that supply chains between Ireland and America have remained fully intact during the COVID-19 outbreak.

He tweeted "The presence of US pharma companies in Ireland is of huge value to those companies as they can access EU and other markets tariff free from Ireland.  That is ultimately to the significant benefit of the US economy."

The presence of US pharma companies in #Ireland is of huge value to those companies as they can access EU & other markets tariff free from Ireland. That is ultimately to the significant benefit of the US economy. https://t.co/Zrc7KJmGoO

He said "Ireland does a lot of work for us in that world, in the pharma world.  A very tremendous producer."

"We are looking to bring a lot more back home."

However, as part of his "America First" policy, Trump has expressed, repeatedly, his desire to see American companies move their operations back to the United States.

The President said he was confident that there would be a COVID-19 vaccine by the end of 2020. However, the World Health Organization has said that while there are at least 89 vaccines for the coronavirus in development globally it is predicted that it will take 12 to 18 months before a vaccine is deemed safe for distribution.

Trump had previously estimated 60,000 deaths total in the United States.

Trump also accused China of failing to halt the spread of coronavirus and trying to cover up the killer disease. The President said his administration would present evidence of Beijing's involvement at the right time. He also claimed that China failed to cooperate with international offers of aid during the initial outbreak, in Wuhan.

Do you think Donald Trump has dealt with the COVID-19 well? Let us know your thoughts in the comments section below.