After Gordon Elliott controversy, Irish prove they have no horse sense

Irish horse trainer Gordon Elliott was the focus of a media pile-on after a 2019 photo of him sitting on top of a dead horse circulated widely last week. 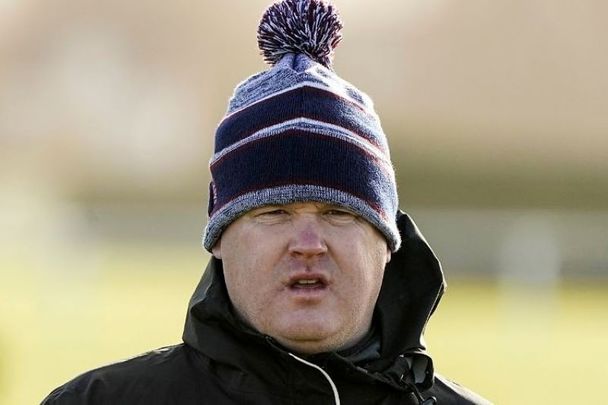 There can be a particularly nasty side to the Irish sometimes and it was on full view here last week in the social media evisceration of the Irish horse trainer Gordon Elliott.

An online explosion of hate began when a picture emerged of Elliott sitting on a dead racehorse and flashing a V-sign at whoever was pointing a phone at him.  It looked terrible, as though he was making a heartless joke at the dead animal's expense. It suggested a total lack of respect. Was this how one of our top trainers behaves at his stables when he thinks no outsiders are looking?

Well done Betfair for dropping Grand National-winning trainer Gordon Elliott after images circulated of him sitting on a dead horse.

And so the pile-on started with lots of emotive people who would not know one end of a horse from the other demanding that Elliott be prosecuted and banned from the sport for life. Within a day, the picture had gone viral and Elliott's "appalling behavior" was the most talked about thing in the country.

Bear in mind that there was a lot of other stuff going on here last week, like the failure to meet the vaccine target and the loyalists announcing that the Good Friday Agreement was now in jeopardy. But all anyone wanted to talk about on social media was Elliott and the dead horse.

Nor was it just on social media. The mainstream media, both TV and the papers, joined in as well with massive coverage. RTÉ, the national TV service, led the evening news with it. It went on and on for several days at the top of the news agenda, as though there was nothing more important happening here.

Racehorse trainer Gordon Elliott has said he 'cannot apologise enough' after an investigation was launched by the Irish Horseracing Regulatory Board into an image of the Grand National-winning trainer circulating on social media https://t.co/SekOAanGaQ

Elliott issued a statement trying to explain. The picture was two years old. The horse had had a heart attack on the gallops at his stables. He was waiting to help his staff with its removal when he got a call on his phone and had sat down on the horse to take it. (He is on the phone in the picture.)

He did not explain the V-sign but it's the kind of thing you might do when you see someone sneaking a picture and you are momentarily irritated or embarrassed. It was more than likely an instant, thoughtless reaction. You can read all kinds of disturbing stuff into it --- like a big game hunter posing with a trophy kill -- but it probably meant nothing.

Of course, no explanation was going to satisfy the social media mob, and the pile-on intensified. And it continued even though Elliott's statement had included an abject apology and his deep regret for what he accepted had been "disgraceful" behavior and a serious error of judgment.

That made no difference. The abuse, which was personal and vitriolic, continued relentlessly.

This is the nature of social media these days, of course. There seems to be a vast army of easily offended and permanently angry people out there just waiting for a chance to be outraged and pile on.

We have seen similar examples of this elsewhere which have destroyed people's lives. But the bile spewed against Elliott here last week was particularly horrible.

One wonders why. We Irish have always loved to talk and argue. We playfully "slag" each other. We are never shy of holding strong opinions.

But increasingly in this social media era, we like to point the finger of blame, pile on the hate and the outrage, and demand retribution. And we like to do it while remaining anonymous. It's not a very edifying trait and it's got worse during the lockdown.

The reality behind all this is rather different. Elliott is a young Irish trainer who built his stables in Co. Meath from small beginnings with just a couple of horses into a highly successful operation. He is a triple winner of the Grand National and the Gold Cup in the U.K. You don't get that level of success by mistreating horses.

In fact, the valuable horses at his stables are treated like equine royalty. They are cared for and cosseted by a devoted stable staff who have genuine affection for them. It's not possible to do this work if you don't love horses, not least because the pay is not that good.

Elliott's horses lead lives of comfort and even luxury in his stables, all designed to maximize their performance on the track. They train hard, of course, and on very rare occasions this can lead to a sudden collapse (the horse in the picture died from an undiagnosed aneurysm).

Those who work with animals, including farmers and horse trainers, have a more practical approach than the average suburbanite when an animal dies unexpectedly. Anyone who grew up on a farm (like this writer) knows this only too well. Animals -- cows, sheep, horses -- sometimes die suddenly, and that means the carcass has to be dealt with.

It means a call to the knacker, who arrives with a truck with a mechanical grab at the back to lift the body and take it away to be rendered or turned into dog food. It's never a pleasant operation and sometimes can be difficult depending on where the animal has fallen.

It has to be done without too much delay and there are strict regulations about such disposals. Elliott cannot be the only one who has ever sat on a dead animal while waiting for the carcass to be collected.

The horse in the picture died on the gallops at his stables. That may have meant it had to be moved quickly so that training could continue.

Elliott's explanation that he was waiting to help with this operation when his phone rang is perfectly believable. The fact that he sat for a moment on the dead horse does not prove he did not care for it while it was alive. It's simply an illustration of the unsentimental, matter-of-fact approach that people who work with animals have when this happens.

Reasonable arguments like this made little difference as the pile-on intensified last week. Even those involved in the racing world who knew it was being blown out of proportion ran for cover.

Some of Elliott's owners moved their horses elsewhere.  He was dropped as a brand ambassador by one of the big betting firms. The Irish Horse Racing Regulatory Board (IHRB) which licenses trainers banned him for six months and charged him substantial fees for the inquiry they held.

The statement issued by the IHRB when issuing its findings included the following, "The committee deduced that the image showed the most appalling bad taste with a complete lack of respect for the horse."

Which may be true if you believe that Elliott deliberately posed for the picture and wanted it to be taken, but that is far from clear.

What was clear was that the IHRB was conscious of the horrified reaction of the general public to the picture and the damage that was doing to the image of horse racing. Equally swayed by the wave of hysteria were several of the leading figures in racing here who chimed in to say how disappointed and disgusted they were by the image.

To his credit, the owner of the dead horse, Ryanair boss Michael O'Leary, was muted in his response. He was not happy with the picture, but he refused to join in the pile-on and he did not withdraw his horses from Elliott's stables.

But then O'Leary is never afraid to stand his ground when he is at odds with public opinion. Sadly, there were few others involved in racing here last week who had the same courage and common sense.

There are a number of unanswered questions about all of this. We know the picture was taken in 2019. We don't know who took it and how widely it circulated in racing circles before someone decided to put it up on social media last week.

But the timing is striking -- it was done just before the Cheltenham Festival (starting March 16) which is hugely important for Elliott's horses every year. So the timing was chosen to inflict maximum damage on him.

Someone appears to be waging a vendetta against Elliott. This included not just the release of the dead horse image.

There was also a video of a supposed restriction-breaking bar at Elliott's stables which was passed on to the gardai. When the gardai investigated they found that the "bar" was simply a corner in the stables where some of the staff had a few drinks together occasionally and that this had been dismantled when the public health restrictions began. There were also anonymous phone calls to emergency services calling an ambulance to Elliott's stables even though there was no emergency.

On the basis that when you are in a hole it's best to stop digging, Elliott did not argue back at any of the stuff that was thrown at him last week.  The picture would have made this difficult anyway. So he accepted that he had made a grave error and apologized.

This sorry saga can partly be explained by the love people have for animals and in particular the Irish love of horses. But there are worrying aspects to last week's wave of outrage.

It used to be possible to rely on the Irish sense of fairness and forgiveness when someone in the public eye made a genuine mistake. That seems to be gone now thanks to our new enthusiasm for social media. It seems we like a pile-on just like anyone else.