Irish horse trainer Gordon Elliott is under investigation by the Irish Horseracing Regulatory Board after he was photographed sitting on a dead horse after it suffered a heart attack. 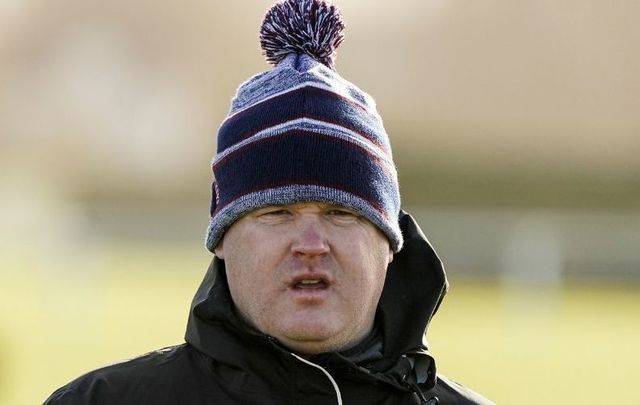 Famous Irish horse trainer Gordon Elliott has sparked social media outrage after an image of him sitting on top of a dead horse surface online.

The Irish Horseracing Regulatory Board (IHRB) has said that it is investigating the photograph and Elliot has since apologized for the incident.

In a statement, Elliott said that the photograph was taken a long time ago after one of his horses died of an apparent heart attack.

"Firstly, I apologize profoundly for any offense that this photo has caused and can categorically state that the welfare of each and every horse under my care is paramount and has been central to the success that we have enjoyed here at Cullentra," Elliott said in a statement.

Well done Betfair for dropping Grand National-winning trainer Gordon Elliott after images circulated of him sitting on a dead horse.

"The photo in question was taken some time ago and occurred after a horse had died of an apparent heart attack on the gallops. I appreciate that an initial viewing of this photo suggests it is a callous and staged photo but nothing could be further from the truth.

"At what was a sad time, which it is when any horse under my care passes away, my initial reaction was to get the body removed from where it was positioned.

"I was standing over the horse waiting to help with the removal of the body, in the course of which, to my memory, I received a call and, without thinking, I sat down to take it. Hearing a shout from one of my team, I gestured to wait until I was finished."

Elliott said that he is in "full co-operation" with the IHRB as it carries out its investigation.

Meanwhile, the British Horseracing Authority said that they were "appalled" by the photograph and that they are considering their own regulatory action.

Elliott is scheduled to field 11 horses at the prestigious Cheltenham Festival later in March but could face a suspension when the IHRB concludes its investigation.

Betting giants Betfair have already dropped Elliott as a brand ambassador in the wake of the incident.

Ryanair CEO Michael O'Leary, who owns a number of the horses that Elliott trains, has accepted Elliott's explanation and "sincere, profound, and unreserved apology".

"Eddie (O’Leary's brother) and I were deeply disappointed by the unacceptable photo which appeared on social media over the weekend," Michael O'Leary said in a statement.

"We accept that this photograph was a grievous but momentary lapse of judgment by Gordon, and not in keeping with our 15-year experience of his concern for and attention to the welfare of our horses.

"We all make mistakes, and what is important is that we learn from them and ensure we do not repeat them."