Saoirse is an eight-and-a-half-minute documentary short by Irish filmmaker Marion Bergin shot in the horse yards of Dublin. 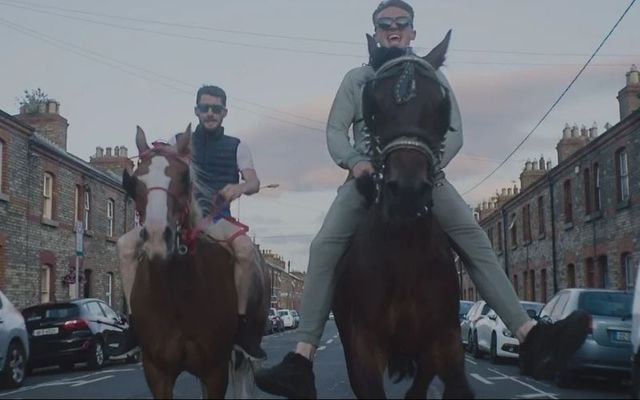 Saoirse takes a look at the horse culture of inner-city Dublin. Marion Bergin

A beautiful new documentary studying Dublin City's working-class horse culture against the backdrop of the property development boom is set to premiere on Monday night.

Saoirse is an eight-and-a-half-minute documentary short by Irish filmmaker Marion Bergin shot in the horse yards of Dublin 1 and Dublin 7 in July 2019.

For Dubliners and tourists alike, horses hold a special place in people's memories of Ireland's capital and Bergin wanted to capture a snapshot of the dying culture.

She researched relentlessly to find the people presented in the film and wanted to push past the stereotypes often associated with young men in Dublin's inner city in a bid to give a voice to the marginalized in Irish society.

Bergin hatched the idea for her short film when she returned home to Dublin after spending 15 years living in London.

Her time in London enabled her to view Dublin from a new perspective, "like an American tourist in my own town."

Bergin had returned to Dublin after finding herself at the center of the fallout from the Brexit vote for several years and, as a result, she was able to see things in Dublin that she had overlooked while growing up there.

One of those things that Bergin had overlooked was one of the oldest traditions in the city; the horse culture that pervades some inner-city communities.

Desperate to show the positive aspects of a tradition that often receives negative coverage in the press and on social media, Bergin set about producing her debut film and demonstrated that the young men genuinely cared for the horses while simultaneously showcasing the fight to keep the tradition alive.

You can watch the full short film, Saoirse, now, here on nowness.com. Find out more about the filmmaker, Marion Bergin, here.