There is "specific intelligence" relating to potential attacks on Ireland's vaccination centers, according to gardai sources. 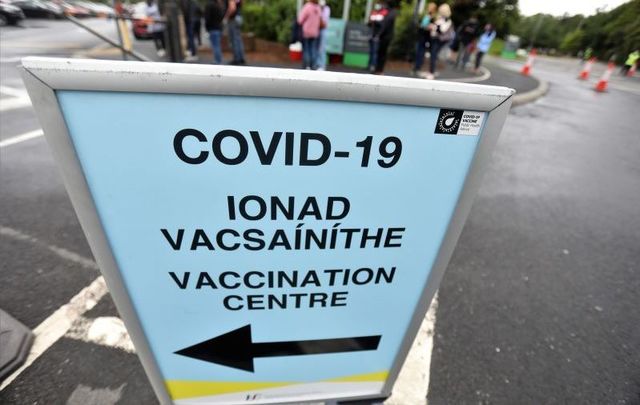 Far-right extremist groups are planning to target Covid vaccination centers, according to a warning issued to 14,500 members of the garda force by its Intelligence Service.

Detective Chief Superintendent Tony Howard, boss of Ireland's National Crime and Security Intelligence Service, issued a warning to be on the lookout for any suspicious activity around the more than 30 vaccination centers in Ireland, the Irish Daily Mirror reports.

A source said, “They must have specific intelligence for them to issue a bulletin like that. They only do that when they trust the intelligence. It is a big deal.”

A garda spokesperson declined to comment to the Mirror, but the paper reported confidential sources that Howard’s bulletin to officers said there was significant intelligence that far-right and anti-lockdown extremists were planning what was described as “direct action” against Covid vaccination centers, including criminal damage.

Meanwhile, health officials are expected to cautiously direct the Irish government towards an autumn/winter phased reopening of sectors still closed or partly closed by the pandemic.

A midweek consultation among health chiefs will brief ministers for their meeting on Friday that will set a timeline for further reopening.

After an absence of more than 18 months to public availability, restrictions are likely to be considerably further relaxed in the arts and live entertainment sectors, religious services, indoor sports, workplaces, indoor events, and leisure outlets such as bingo halls, arcades, and casinos.

Arts Minister Catherine Minister has sent a note to other ministers in advance of Friday’s meeting advocating a reopening of live events “from the earliest possible date,” according to The Irish Times.

With more than 90 percent of the population set to be fully vaccinated by mid-September new cases of the virus should start to decline, according to Professor Philip Nolan, head of the data modelling group in the National Public Health Emergency Team (NPHET).

He said that although rises in hospitalization figures have increased recently because of the Delta variant of the virus, the numbers of seriously ill admitted to intensive care units are mainly unvaccinated or part-vaccinated patients.

Nolan told RTE Radio, “In terms of protecting or offering a high level of protection against the disease, we are really not there yet. We should reach that in the course of September…from that point, the number of infections in the population should start to slowly decline.”

He said the risk of catching or spreading the virus “should reach its lowest point” by November or December.

Health officials expect the numbers in hospital and the numbers in intensive care to increase over the next two to three weeks at least, but they are encouraged by the success of the vaccination service in Ireland.

Nolan said, “Nineteen out of 20 people who were admitted to ICU over the past several months had no vaccination, or were partially vaccinated.

“In public health terms, the advice is what the advice always has been, that we need to achieve very high levels of vaccination protection in the population, and we are achieving that. We are absolutely on track to exceed our expectations.

“Restrictions will fall away, so we have to prepare a plan with the high-level of vaccine protection, to over time remove those remaining formal restrictions that are upon us.”

The expected easing of restrictions by government ministers on Friday follows grievous complaints by music industry representatives after 40,000 people watched the All-Ireland senior hurling final between Limerick and Cork at Croke Park on Sunday.

Event Industry Alliance, which represents a number of live event and music industry groups in the €3.5 billion sector with 35,000 employees, said that Taoiseach Micheal Martin and Foreign Affairs Minister Simon Coveney’s attendance at Croke Park was a “blatant disregard” for the live events sector.

Event promoter Justin Green, a member of the alliance, asked, “Why is the live entertainment and event industry, the only sector mandated to remain closed, still being discriminated against by government?”